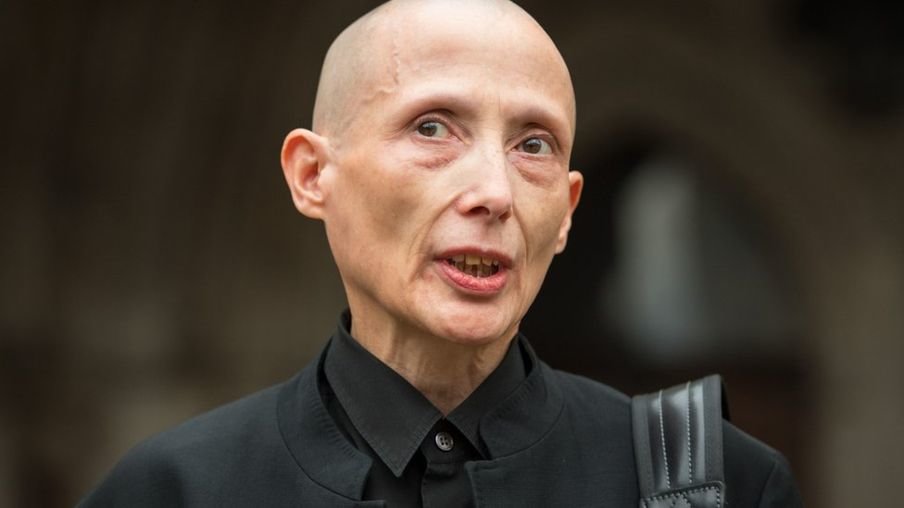 A campaigner wants judges to rule in favour of having an "X" category to recognise non-gendered identity.
The government's rules on gender-neutral passports are "unlawful" and breach human rights, a court has heard.

Judges at the Court of Appeal are hearing the case of campaigner Christie Elan-Cane, who wants passports to have an "X" category for those who do not identify as fully male nor female.

The campaigner believes the UK's passport process is "inherently discriminatory".

Lawyers representing the home secretary are contesting the legal challenge.

The case centres on whether the current policy run by the UK passport office - which is part of the Home Office - is lawful.

Currently, all UK passport holders have to specify whether they are male or female.

Christie Elan-Cane believes the policy breaches the right to respect for private life, and the right not to be discriminated against on the basis of gender or sex, under the European Convention on Human Rights.

The campaign for recognition of non-gendered identity in UK law and society started more than 25 years ago.

Last year, a High Court challenge calling for gender-neutral passports was lost but the case has now been taken to the Court of Appeal.

On Tuesday, Christie Elan-Cane's lawyer, Kate Gallafent, told the three judges: "There is little which is more fundamental and deeply personal than an individual's gender identity."

She said those affected by the government's current passport rules "face a choice between the degrading experience of applying for, bearing and using a passport that does not accurately reflect their gender identity, or forgoing the use of a passport at all."

People who do not consider themselves as exclusively male or female include members of the trans community and intersex people.

The UN says up to 1.7% of the world's population are born with intersex traits - about the same number of people with red hair.

Speaking ahead of Tuesday's legal action, Christie Elan-Cane said: "Legitimate identity is a fundamental human right but non-gendered people are treated as though we have no rights.

"It is unacceptable that someone who defines as neither male nor female is forced to declare an inappropriate gender in order to obtain a passport."

It comes as the government prepares to publish its response to a consultation on reforming the Gender Recognition Act 2004, the piece of law that sets out the legal process by which a person can change their gender.

The government said it had more than 100,000 responses to the consultation, which it called "exceptionally high".

In October, the minister for women and equalities, Liz Truss, said it needed time for consideration and she wanted to study it closely.

James Eadie, acting for the home secretary, said the policy maintains an "administratively coherent system for the recognition of gender" and ensures security at national borders.

Ruling on the case in June, a judge said that although he was not at that time satisfied the policy was unlawful, part of the reasoning for the decision was that a comprehensive review had not been completed.
Add Comment