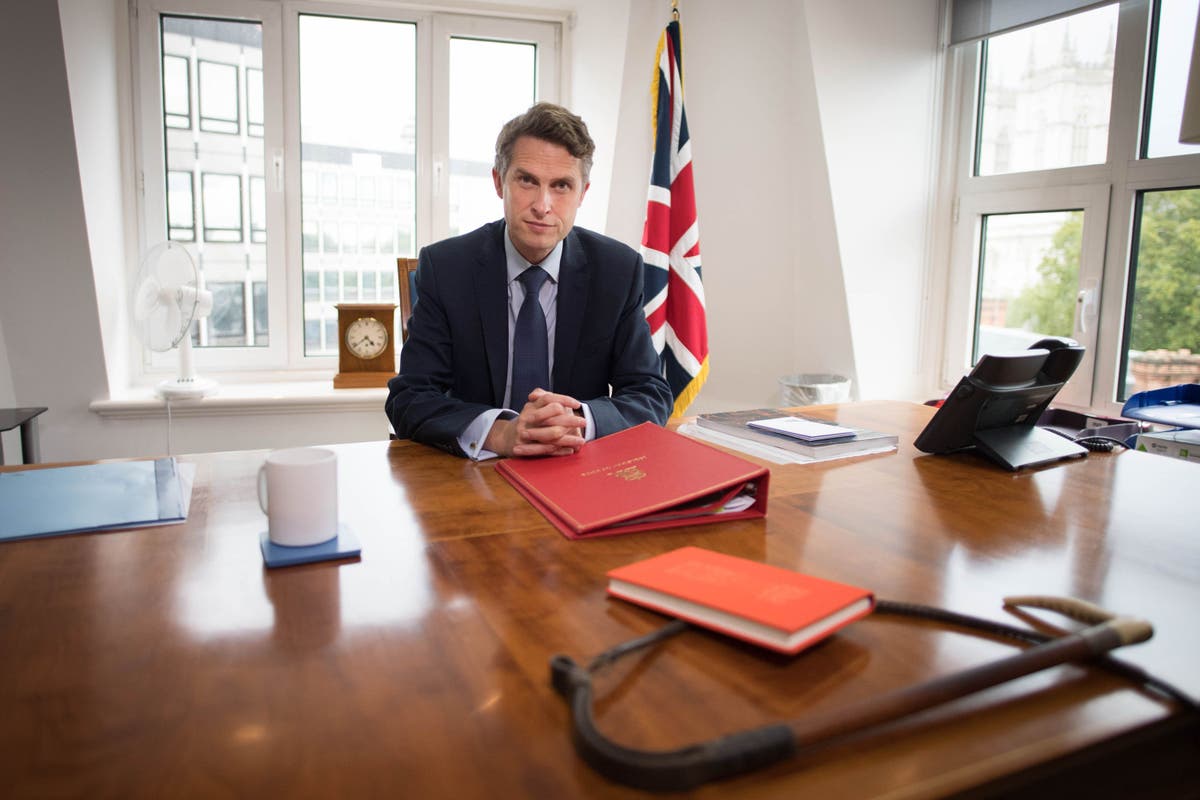 The MP resigns from cabinet saying claims against him were ‘becoming a distraction for the good work this government is doing’
Sir Gavin Williamson has resigned as a Government minister amid allegations of bullying.

He said he had decided to "step back from Government" while the complaints process into his conduct is carried out, vowing to "clear my name of any wrongdoing".

Sir Gavin’s decision to quit his role as Cabinet Office minister follows allegations he sent expletive-laden messages to former chief whip Wendy Morton complaining about being refused an invitation to the Queen's funeral.

He is also facing claims he bullied a former official at the Ministry of Defence and an accusation of "unethical and immoral" behaviour while he was chief whip.

In a letter to Prime Minister Rishi Sunak, he said: “As you know, there is an ongoing complaints process concerning text messages I sent to a colleague. I am complying with this process and have apologised to the recipient for those messages.

“Since then there have been other allegations made about my past conduct. I refute the characterisations of these claims but I recognise these are becoming a distraction for the good work this government is doing for the British people.

“I have therefore decided to step back from government so that I can comply fully with the complaints process that is underway and clear my name of any wrongdoing.”

He added: “It is with real sadness I tender my resignation, but I want to take this opportunity to offer my full and total support from the back benches.”

The Prime Minister replied to his letter, saying: “It is with great sadness that I accept your resignation. I know your commitment to successive Conservative governments and the party over the years has been unwavering.

“I support your decision to step back and understand why you have taken it.

“I would like to thank you for your personal support and loyalty. I know you will continue to represent your constituents with diligence and care.”

It has been alleged that the former minister had told a senior civil servant to “slit your throat”.

He made the remarks in front of colleagues during a meeting when he was Defence Secretary, according to a report in the Guardian.

On another occasion, he is said to have told the civil servant to “jump out of the window”.

In the series of texts exposed over the weekend, Sir Gavin accused Ms Morton of seeking to “punish” MPs out of favour with then-premier Ms Truss by excluding them from the Queen’s funeral, warning: “There is a price for everything.”

It is the first ministerial resignation under Rishi Sunak’s premiership.

Sir Gavin will keep the Tory Whip with a spokesman saying: “Sir Gavin Williamson has been clear that he will comply with the ongoing complaints process.

“It is right that we wait for that process to conclude.”

Labour deputy leader Angela Rayner said: “This is a damning reflection of a weak Prime Minister.

“Rishi Sunak appointed Gavin Williamson with full knowledge of serious allegations about his conduct and repeatedly expressed confidence in him.

“This is yet another example of Rishi Sunak’s poor judgment and weak leadership. It is clear that he is trapped by the grubby backroom deals he made to dodge a vote, and is incapable of putting country before party.

“As families struggle during a cost-of-living crisis made in Downing Street, yet another Tory Government has descended into chaos.”

Kirsten Oswald, the SNP’s deputy leader at Westminster, said: “Rishi Sunak promised integrity, professionalism and accountability at the heart of his Government – all of which has been trashed within weeks of taking office.

“The fact that Gavin Williamson was allowed to resign after a litany of scandals, rather than be sacked, speaks volumes of how toxic and broken this Tory Government is.

“As the Westminster chaos continues to unfurl, there can be no doubt that independence is the only way to escape this dysfunctional system for good.”
Add Comment