U.S. Secretary of State Antony Blinken is in London for talks with his counterparts from G-7 nations, with the coronavirus pandemic, Russia and China among likely agenda items during three days of formal meetings and side discussions.

Iran and North Korea, two nations whose nuclear programs have been the focus of negotiations in recent years, are set to be discussed at a working welcome dinner Monday night.

South Korean Foreign Minister Chung Eui-yong said Monday he was “grateful to have this opportunity to have in-depth discussions with the U.S. after the conclusion of your policy review towards North Korea,” as he met with Blinken. On Friday, the Biden administration announced a strategy toward North Korea that expresses openness to talks with the reclusive communist nation.

“It was eight years ago that the U.K. (United Kingdom), our indispensable Ally, last hosted the G-7 Presidency,” Blinken tweeted after arriving in Britain. “It’s good to be back among partners and allies for these discussions.” 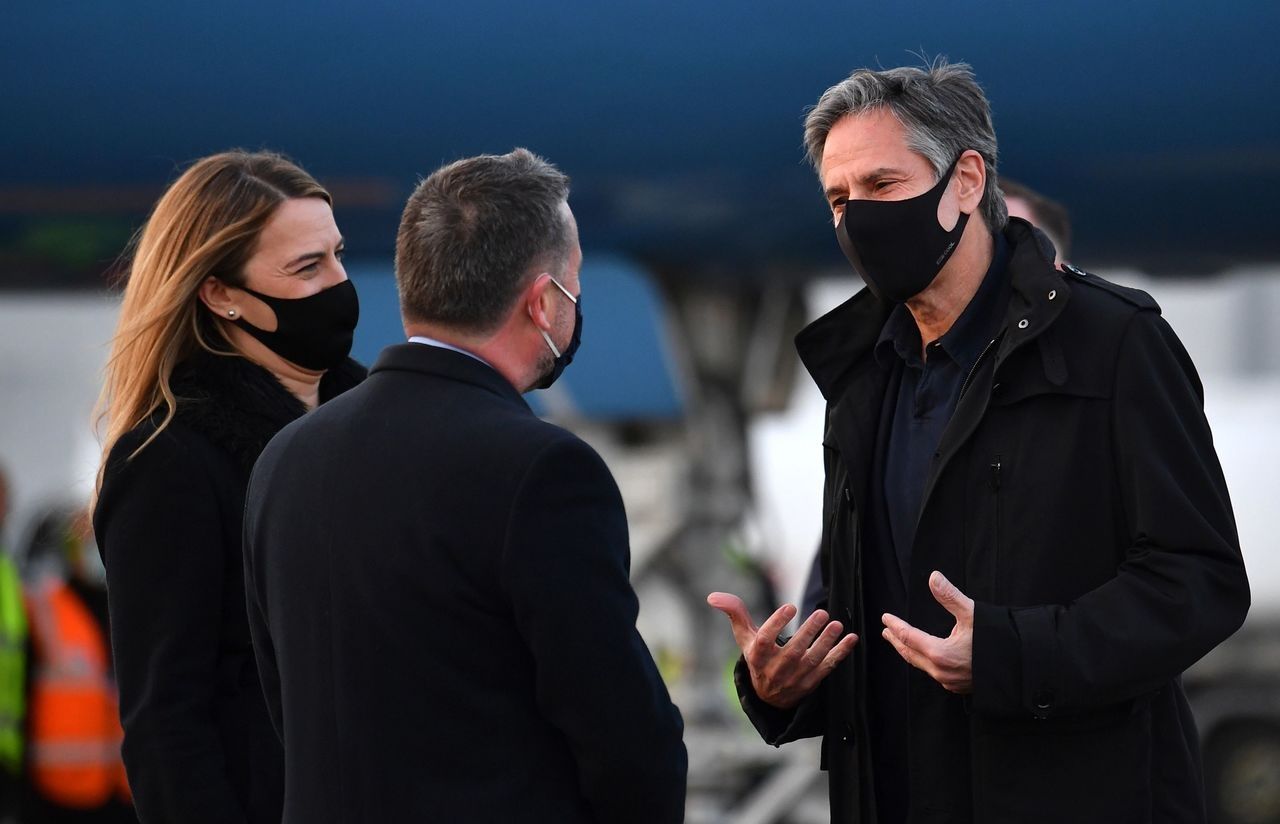 Yael Lempert, Charge d'Affaires of the US embassy, left, and John Holloway, UK representative from the Foreign and Commonwealth Office greet US Secretary of State Antony Blinken, right, in northeast of London on May 2, 2021.

Britain’s Foreign Office said Raab and Blinken would be consulting on Afghanistan, Iran, China and trade in their meeting.

The G-7 ministerial talks are laying the foundation for a summit of leaders from those countries in June, also in Britain.

In addition to Britain and the United States, the G-7 includes Canada, France, Germany, Italy and Japan. Australia, India, South Africa, South Korea and Brunei are also taking part in this week’s talks.

After the G-7 meetings, Blinken is due to travel to Ukraine to meet with President Volodymyr Zelenskyy and other senior government officials.

State Department spokesman Ned Price said in a statement that Blinken will “reaffirm unwavering U.S. support for Ukraine’s sovereignty and territorial integrity in the face of Russia’s ongoing aggression.”