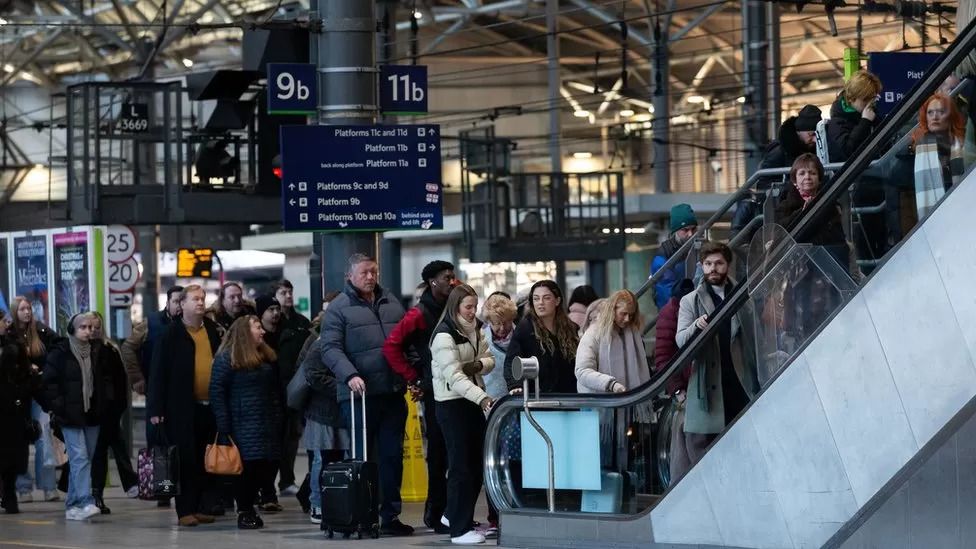 The advent calendar of strikes is unremitting.

From health workers in Northern Ireland on Monday, to strikes involving nurses, posties, baggage handlers, bus drivers, road workers, driving test examiners and rail workers will happen between now and the weekend, as the nation gears up towards Christmas.

And with the cold weather and the pressure on purses caused by the cost-of-living crisis, events are now colliding with the new-ish government.

Later this week, Rishi Sunak will overtake Liz Truss in prime ministerial miles on the clock.

Wednesday will be his 51st day in office. Liz Truss managed 50.

And what a contrast between this autumn's two prime ministers.

The Truss administration was like a firework display, where every rocket, banger and Catherine Wheel went off at once.

By contrast, Mr Sunak has tried to make a virtue of a government with barely a sparkler between them.

There has been a quiet seriousness, and a determination to avoid going out of their way to pick fights, particularly with their own side.

I am told they have been preparing for this wave of strikes since day one in office, back in late October.

Now, while they still hope to resolve the disputes, it appears ministers are in mitigation mode.

The government's emergency response committee, known as COBR, is meeting today and will do again on Wednesday.

Over the weekend, the Department of Health put in what is known as a MACA request in the Whitehall jargon - Military Assistance for the Civil Authorities.

My understanding is several hundred military personnel will be recruited as ambulance drivers.

They will have a five day training course, but I'm told this won't involve practicing driving with the blue lights flashing on the open road.

When they do do that, during a strike, they will be accompanied by non striking NHS staff.

It is expected that members of the military will wear their normal uniforms when they are filling in for strikers.

The Army is providing 85% of the military support, but all of the armed services are involved.

It is perhaps this week that the full scale of the consequences of this industrial action will start to become clear.

Where significant chunks of both the services we rely on daily, and those we hope are always there if we need them, are not - or at least not as they usually are.

For some an inconvenience. For others, potentially dangerous. And politically important too.

Where this leaves the government, the trades unions and public opinion could yet shape how long these disputes rumble on for. 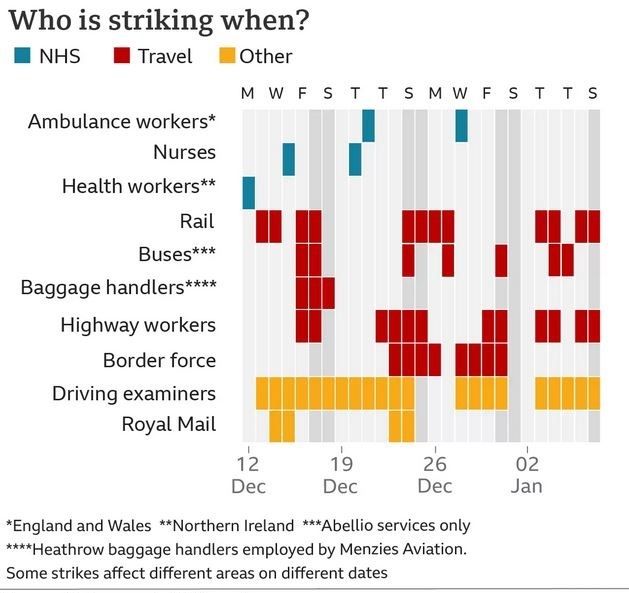