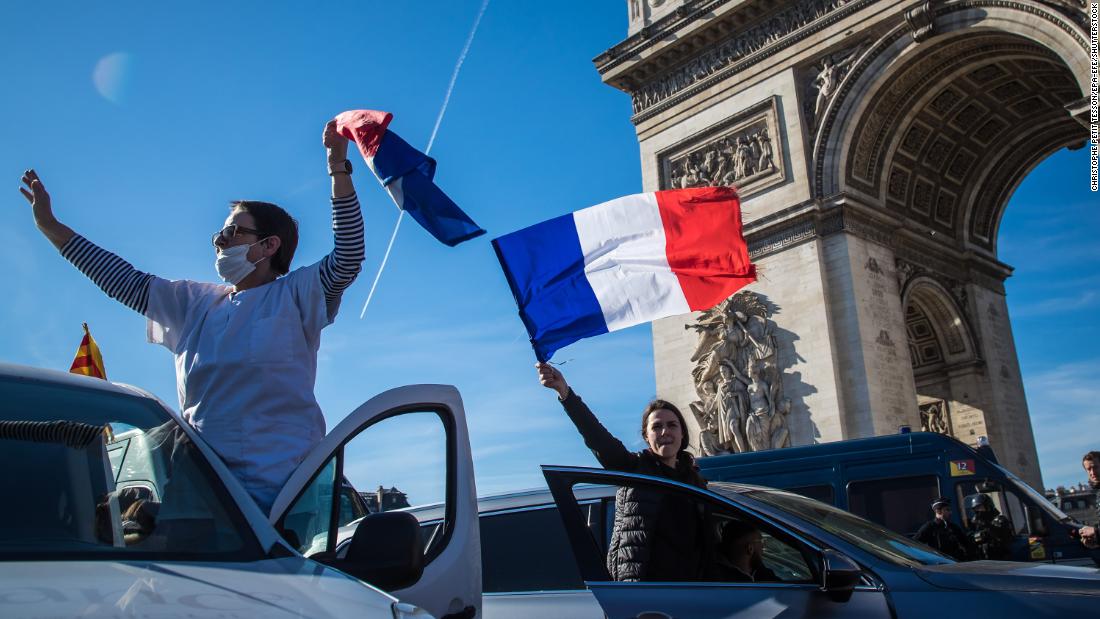 Protesters in a so-called "Freedom Convoy" made it past police checkpoints in central Paris on Saturday, with demonstrators completely blocking traffic in the French capital before they were met with tear gas fired by officers.

Authorities in Paris and Brussels announced a ban on the convoys Thursday, after which 7,200 police officers and gendarmes -- French military police -- were deployed to various locations across the French capital for three days.

A map produced by the French convoy organizers showed a plan for protesters to come across the country along five main routes toward the city. It also highlights the demonstrators' plans to then drive north to Brussels, Belgium's capital.

The protesters largely blocked traffic on Saturday around the Arc de Triomphe junction, and were waving French flags from their trucks and cars.

The Arc de Triomphe is a common entry point into central Paris at the end of the famous Champs-Élysées avenue. Motorcycles and small cars were still managing to get through the traffic, and a unit of riot police moved to disperse protesters.

In response to the block, some protesters were dispersed with tear gas, according to CNN affiliates BFMTV and M6. Footage from BMFTV shows police throwing tear gas canisters on the Champs-Élysées.

As of 3:15 p.m. local time (9:15 a.m. ET), 14 people had been arrested, according to the Paris Police Prefecture. Several units of riot police remain in the Champs-Élysées area. 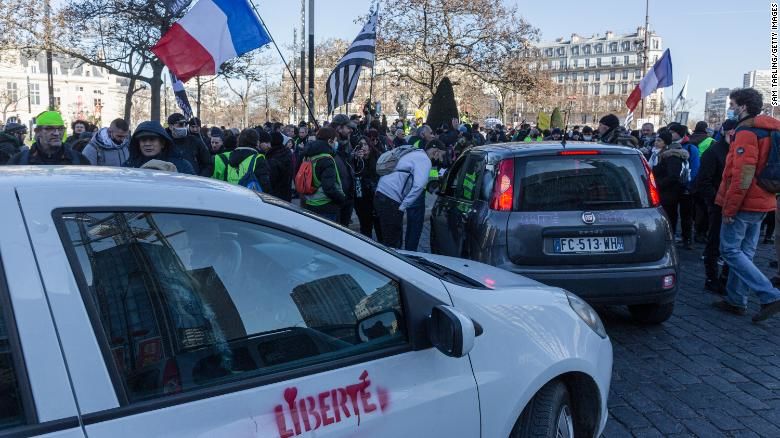 Members of the "Freedom Convoy" are greeted by supporters upon their arrival to Paris' Place D'Italie on Saturday. 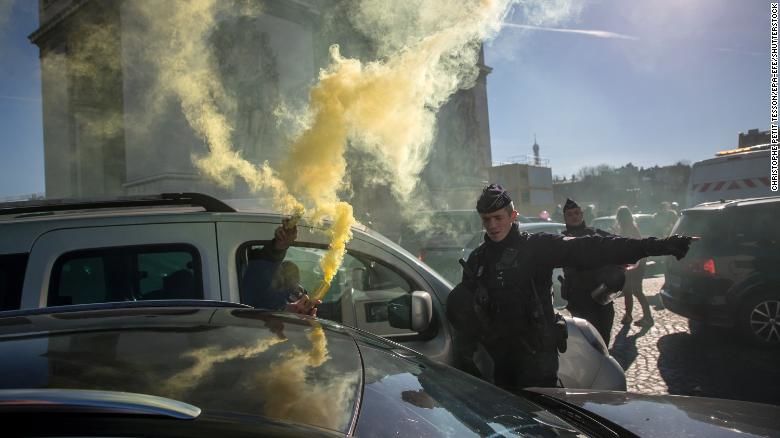 Paris police said in a statement on Twitter that "no blocking will be tolerated" and officers are also currently working "to disperse participants of banned protests" near the Champs-Élysées.

Police tow trucks are also in the process of identifying and removing obstructing vehicles, as well as issuing fines and arrests in the area, according to the Paris Police Prefecture. Officers have issued more than 330 tickets so far.

Jérôme Rodrigues, the former leader of the gilets jaunes (or yellow vests) movement which has recently allied itself with the "Freedom Convoy," is among those who have been arrested, according to BFMTV.

Paris police said in a statement on Twitter that "no blocking will be tolerated" and officers are also currently working "to disperse participants of banned protests" near the Champs-Élysées.

Police said they had already intercepted 500 vehicles as of Saturday morning. Many were intercepted at checkpoints at various entry points to Paris and also on the Champs-Élysées, police said on Twitter. Five people have been arrested and had equipment seized, with fines given for carrying slingshots and protective equipment.

Protesters blocking a public road could face up to two years in prison and a fine of more than $5,000, according to authorities.

Canada's "Freedom Convoy" began at the end of January in Ottawa as an objection to a vaccine mandate requiring truckers entering the country to either be fully vaccinated or face testing and quarantine requirements. Other protesters then joined to rail against mask mandates, lockdowns, restrictions on gatherings and other Covid-19 preventative measures.