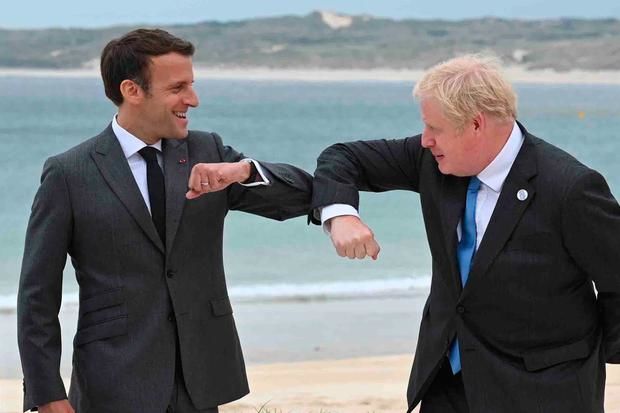 French President Emmanuel Macron has responded to the furore around his reported comments that Northern Ireland is not part of the UK.

"Let's not lose time in disagreements which are often created in corridors or foyers," he said.

"France has never allowed itself to call into question British sovereignty, the integrity of British territory."