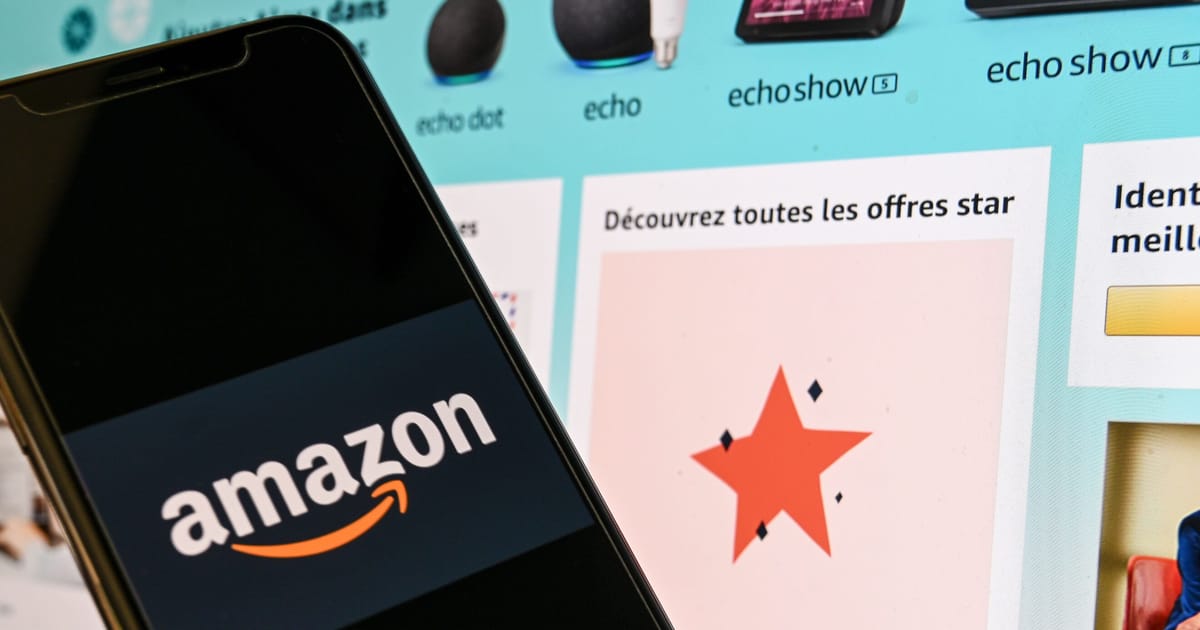 The US tech giant scored a victory narrowing a French digital levy that lawmakers are now trying to overturn.

Amazon won a key battle against France’s digital tax earlier this year. Now, the country’s taxman is out for revenge.

France's digital tax was announced with much fanfare in 2019 as a way of netting revenue from Big Tech platforms. But Amazon has since scored a major success that has narrowed the levy's scope, according to a previously unreported decision from the French top administrative court in March.

While the tax still targets online marketplaces and advertising, the Council of State ruled that other activities such as online multiplayer games and services between two companies of the same group should be left out — unlike what France's tax authorities had written in their guidelines.

Now, the Senate is trying — with the government’s backing — to make up for it through amendments voted over the November 19-20 weekend in parliamentary discussions on France’s 2023 budget.

"Few people noticed the [March] decision, which is quite technical," said Laurence Mazevet, tax partner at KPMG Avocats. "We expected the tax authorities to seek to change the law, because the Council of State's decision minimizes the levy’s impact.”

The digital tax targets companies with an annual global turnover of €750 million and at least €25 million in France. This covers, among other companies, Google, Facebook, Apple and Amazon, and the French government expects the tax to bring €670 million to public coffers in 2023. Paris has pledged to scrap its national levy as soon as a global deal on the taxation of corporate giants actually becomes reality, which is happening very slowly.

In France, Amazon was one of the staunchest opponents to the national scheme and the first tech company to announce it would pass on the costs to sellers.

In 2021, Amazon challenged the tax authorities' guidelines on the digital levy, arguing that they go beyond the law. Administrative guidelines on taxes provide further explanation on legislation but can be brought before the Council of State when taxpayers deem them unfavorable.

While it's unclear how much money Amazon has saved or will save, the administrative court's decision is a political victory for the U.S. tech giant.

"There are three issues on which Amazon won. Each time, it was because the tax authorities had misinterpreted the law," said Edouard Milhac, an associate at CMS Francis Lefebvre Avocats.

The top administrative court effectively reduced the tax's scope and required the French economy ministry to pay Amazon €3,000 in compensation.

Tax lawyers Milhac and Mazevet said the decision opens the door for claims from companies who overpaid from 2019 to 2021. Amazon did not say whether it had followed the administrative guidelines and would seek reimbursement.

An Amazon spokesperson referred POLITICO to a March 2022 statement saying the Council of State’s decision "confirms that the interpretation by the French tax authorities goes far beyond the scope and intent of French law."

“Amazon pays all the taxes that it is required to pay in France," the statement continues, estimating the company's contribution in France at more than €1 billion in 2021 in direct and indirect taxes.

The Council of State's decision did not fall on deaf ears. Over the weekend, the Senate quietly adopted an amendment to the French 2023 budget that overturns two of Amazon’s wins.

The proposal drafted by the budget’s rapporteur — Jean-François Husson from the conservative party Les Républicains — enshrines in the law the inclusion of multiplayer games and intra-group services when they are also provided to external companies. However, senators didn't add revenue from logistics to the tax base.

The amendment, which would come into force on December 31, is likely to impact companies beyond Amazon.

Husson and government spokespeople did not reply to multiple requests for comment. The tax authority declined to comment.

The Senate moved to expand the levy with the government's blessing. “This amendment is a timely clarification of the digital tax’s conditions of application,” Industry Junior Minister Roland Lescure told lawmakers ahead of the vote.

The budget still needs to go back to the National Assembly, but the government's backing means the Senate's amendments will likely be in the final text.

Lawmakers wanted to “clarify the law,” the Senate official said; “the digital tax was always meant to be extended.”