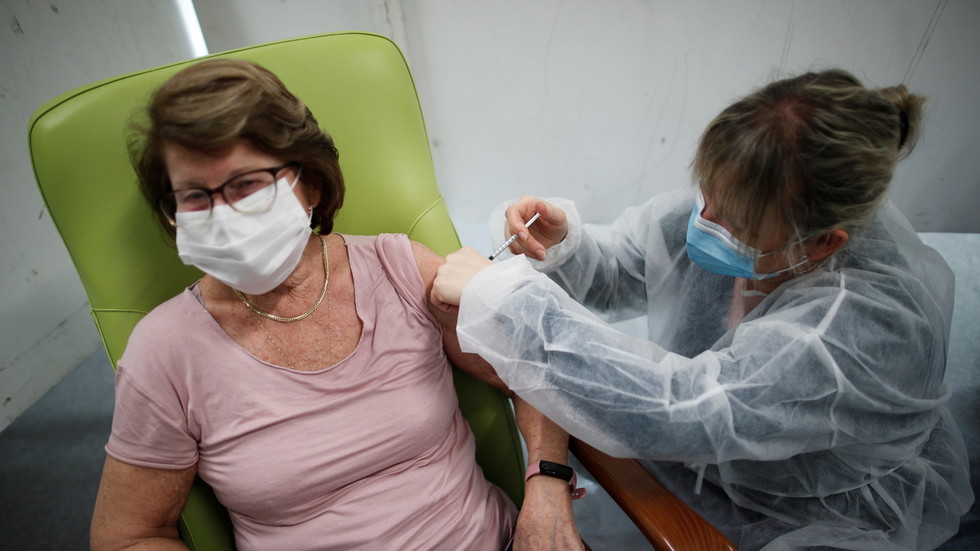 Two more local public health agencies in France are suspending people's appointments for receiving their first doses of the Covid-19 vaccine made by Pfizer-BioNTech, due to supply shortages.
The eastern Bourgogne-Franche-Comte region and the Île-de-France area surrounding Paris both said on Thursday that they would be axing Covid immunization appointments.

The Parisian ARS health agency said injections of first doses will stop there from February 2 and hospitals won't receive deliveries for the time being, although already-arranged second-dose appointments will still go ahead.

A spokesperson for ARS Bourgogne-Franche-Comte said that some bookings in February would be "postponed for a few days or weeks," but that "no appointment will be canceled."

The ARS health agency for the northern Hauts-de-France region said earlier this week that all of its first-dose appointments until February 2 would be rescheduled for the first week of March.

Officials said the move, prompted by Pfizer supply shortages, would allow those who have already been injected to get their second dose, adding that appointments from February 3 to 15 would be honored.

On Wednesday, the Madrid region of Spain stopped new Covid-19 vaccinations, as the capital's deputy regional president said the "pace of deliveries was interrupted."

US pharmaceutical giant Pfizer is facing pressure from several countries to make up the shortfall of deliveries of the vaccine it produces with German firm BioNTech.

This week, Italy's State Attorney General's Office sent Pfizer a formal notice to "comply with its contractual obligations relating to its failure to deliver vaccine doses."

The company announced earlier this month that there would be shortages to several European nations and Canada, as it upped production capacity for the vaccine at its plant in Belgium.

Meanwhile, Switzerland's health ministry said on Thursday it has been told by drugmaker Moderna that deliveries of its Covid-19 vaccine will be delayed, meaning the country may now not hit its target of one million doses in February.

There is also an ongoing row between Europe's other vaccine heavyweight, AstraZeneca, and the EU, after the bloc accused the company of reneging on its delivery promises when informed by the pharma firm of delays to scheduled deliveries.
#COVID-19  #vaccine  #Pfizer  #BioNTech  #AstraZeneca  #Covid
Add Comment