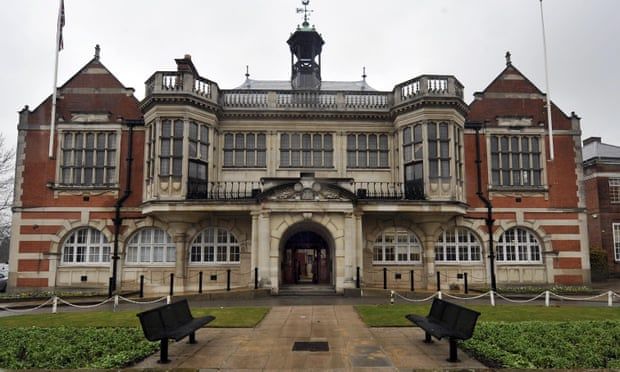 A former Tory council has voted to end the mass outsourcing of frontline services, bringing most back in-house and ending one of the most controversial local government policies in recent years.

Barnet council, in north London, called itself the country’s first “easyCouncil” in 2013 when it announced it would provide only the legal minimum of services, outsourcing everything else from disabilities and highways to planning and procurement through contractors Capita.

Bringing in the private sector at a cost of £500m over 10 years would, councillors claimed, allow them to reduce the number of direct employees from 3,200 to just 322 and ensure better public services for less money.

But the council, whose Finchley constituency was famously represented by Margaret Thatcher but which turned to Labour for the first time in the May local elections, has now voted to end that policy.

Damning the years of outsourcing as a “failed experiment” and the “death knell of the council outsourcing experiment”, the leader of Barnet council, Barry Rawlings, said: “This model of governance guaranteed savings only if other councils also came onboard: Barnet was going to be a shop window. Instead, the council has paid £229m more for Capita core contract services than was originally contracted.”

Services had already begun to be brought back in-house under the previous Conservative administration after a series of disasters. In 2017, the council was forced to admit its finances were in such a state that the regulator fined Capita, while the poor state of the borough’s roads became a big issue in the local elections. 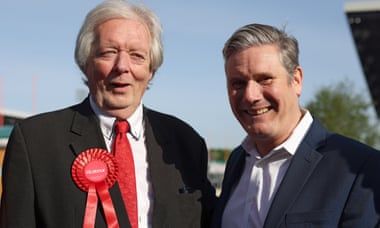 Barnet council leader Barry Rawlings with Keir Starmer after Labour won control of the Tory council in May 2022.

In 2018, a Capita employee working for Barnet was jailed for 62 instances of fraud worth a total of £2m after his crimes were spotted – although the loss was not noticed by Capita or the council itself but by the employee’s own bank. Capita was forced to underwrite the financial loss to the council.

That same year, the council admitted it would have to axe services after revealing a financial black hole of £62m: precisely the fate that its outsourcing plan had claimed to safeguard against.

Problems have continued. The resident and blogger John Dix reviewed the invoices submitted by Capita. According to Dix, a parent phoning the library to check if a Harry Potter is in stock is charged by Capita at £8 a call while training for senior officers is charged at £1,200 a session.

By next year, however, most of the services outsourced by the previous Conservative administration will be back under direct council control. Rawlings said this will save taxpayers money and return 370 staff to direct employment by the council. The remaining Capita contract will close by 2026.
The decision has been condemned by Cllr Dan Thomas, leader of the local Conservative group. “

Barnet Labour have taken an ideological decision to bring back in-house the services currently run by Capita, despite the fact that this decision will hit Barnet taxpayers’ bank accounts,” he claimed. “It is clear that this decision is simply politics.”

Rawlings disputed this, pointing to a report by Barnet council’s policy and resources committee that found little difference – and a potential benefit of £204,000 a year – financially between extending the contract for these services and returning them in-house.

A Capita spokesperson said: “We will provide further value for money for local taxpayers as we work with the council to continue to deliver top-quality services that make the borough a better place to live, work and study for all.”