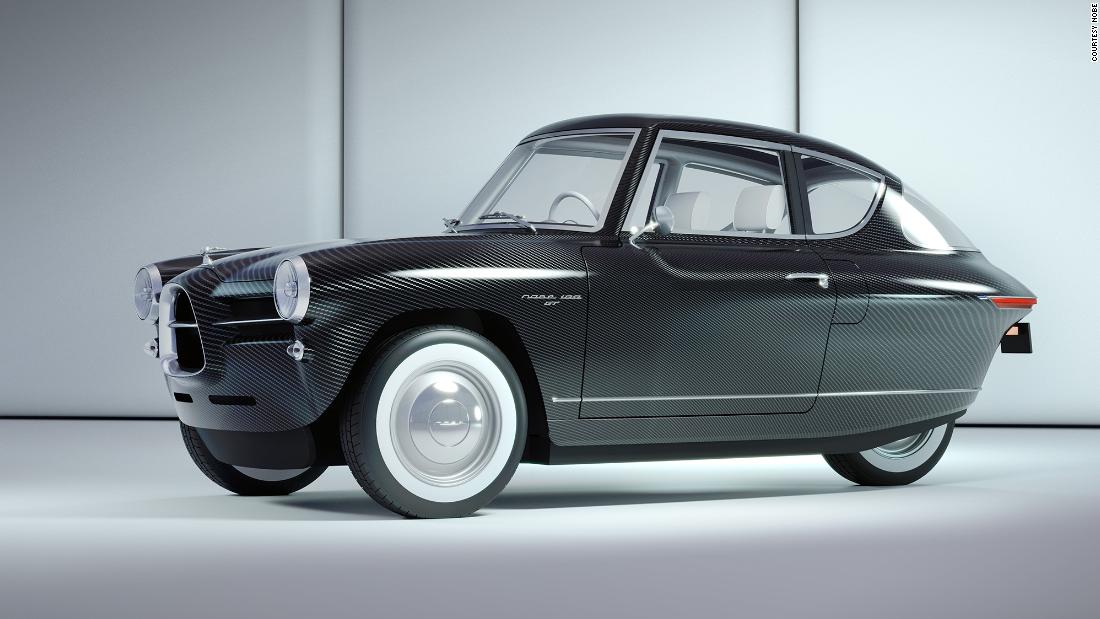 Americans have long had a love affair with big SUVs that can carry more people and stuff than they usually need to transport and go much further than most of us drive in a day. But now there's a number of start ups that are betting they can sell car shoppers on vehicles that offer the exact opposite.

These companies are unveiling tiny electric cars that will carry just one or two people and, in many cases, go relatively short distances on a single charge.

It's a trend-bucking idea that's been tried — and failed — before. But better technology, allowing ranges of more than 100 miles with small battery packs, is making it possible.

One hurdle, though, might be the price tag: These car companies are asking consumers to consider their small size and cute designs to be benefits worth paying nearly as much as a larger car. Sometimes it has worked, as with the Mini Cooper, but it's a tough trick to pull off.

"It's like buying a [Porsche] 911. It's going to make you stand out. It's kind of cool," said Eric Ibarra of Kelley Blue Book. "I can see that people would be attracted to these, but in very special circumstances."

Still, it will be a tough sell, he said. Car shoppers tend to have a fairly simple way of assessing a car's value: When we pay more, we expect to get more.
Here are just a few of the tiny electric cars these start ups are offering.

Nobe was founded in Estonia, a small country near Finland, in 2017.

But Muljar wanted to find an even tougher market to start selling his tiny three-wheeled car, the GT100. So he's planning to start manufacturing with a not-yet-announced partner in the United States, one of the most competitive vehicle markets in the world. He said he hopes to begin production early next year. 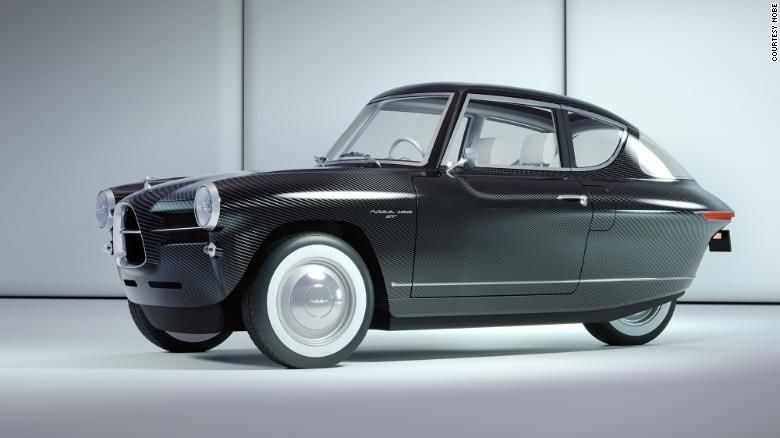 The small and light Nobe GT100 will mark a return to the "Golden Age of motoring," the company's founder said.

The charmingly retro GT100 looks like a cross between a sporty post-World War II Italian sedan and a steam iron. There's a hint of Alfa Romeo in the three-part grille and a bit of Black+Decker Classic around the taillights. The little whitewall tires fit the mid-20th-century theme. The interior features a thin-rimmed steering wheel with a chrome horn button.

The GT100 seats two people, with room for luggage, according to the company, and is expected to have a driving range of 180 miles and a top speed of 80 miles an hour. Muljar boasts that the simple and lightweight car is fun to drive.

"You are back in the Golden Age of motoring," he said.

Nobe, which is pronounced like "no bay," is already planning its next product, a small four-wheeled pickup truck. That truck, which looks like a miniature 1950s American pickup, doesn't have a name yet.

The Microlino is most clearly inspired by the classic BMW Isetta and similar "bubble cars" that were produced in Europe in the years following World War II.

Those tiny gas-powered cars were designed for countries with wrecked economies and little access to gasoline,

Like the classic Isetta, the Microlino is entered through the front. The whole face of the vehicle is its door. Seating just two, the Microlino is small enough to park nose-to-curb across a parallel parking space. Weighing just 513 kilograms, or 1,131 pounds, the Mircolino weighs less than just the batteries of a Tesla Model S, company founder Oliver Ouboter boasts. 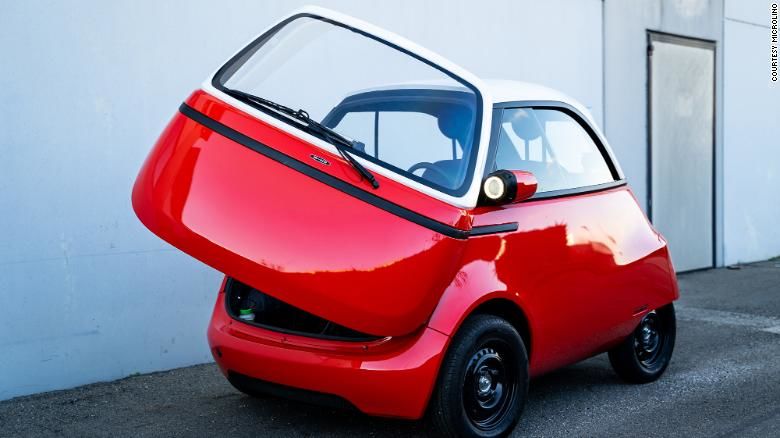 There are currently no plans to sell the Mircolino in the United States where, as a four-wheeled car, it would have to meet the US's strict automobile safety standards. Three-wheeled cars, which are considered motorcycles in most parts of the US, have less stringent standards to deal with. (All these companies claim their cars are safe, though.)

Back in the 1950s, BMW made a three-wheeled Isetta to get around that sort of problem. Mircolino is, instead, considering a low-speed version that would also get around the more stringent regulations, Ouboter said.

The ElectraMeccanica Solo's name derives from the simple fact that you will be in it alone. It's a single seat car intended as the ultimate minimalist transportation for that daily trip to the train station or supermarket by yourself

The company has bigger plans than just selling to individuals interested in minimal-impact driving, though.

"We think that the fleet side of the business can be huge for us," said Paul Rivera, CEO of the Vancouver-based company. "We think that it may actually be bigger than the direct-to-consumer approach." 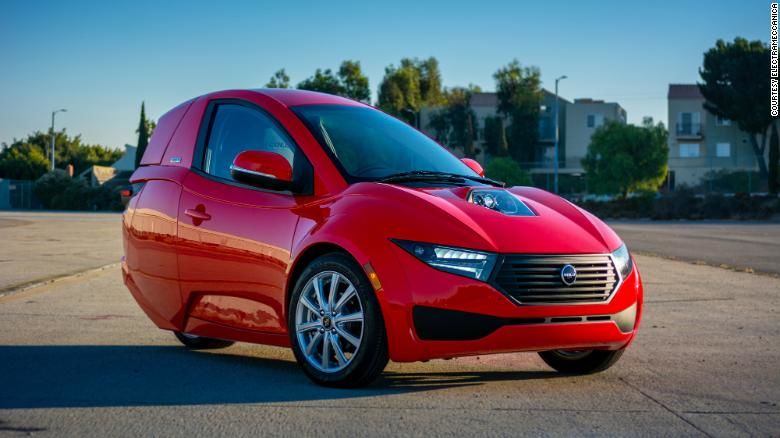 The ElectraMeccanica Solo will be offered in versions designed for delivery work.

Future versions of the Solo with a cargo box in back could be ideal mini-trucks for urban deliveries, he said. ElectraMeccanica is already creating a fleet sales department.

"When you think about grocery stores, market, fresh pizza delivery, fast food franchise, security companies that go around a shopping mall at night, the tech companies that come out and service small businesses and copier companies," Rivera said, "there are so many fleets that are in that realm."

That's a plan that Ibara thinks will succeed because businesses will pay for a vehicle specifically suited to their needs.

But for now, the company is starting out small. It will sell its cars only on the West coast before offering them in other parts of the US and other countries.

ElectraMeccannica recently started producing the cars, which start at $18,500, in China. The company is opening a factory in Arizona later this year.