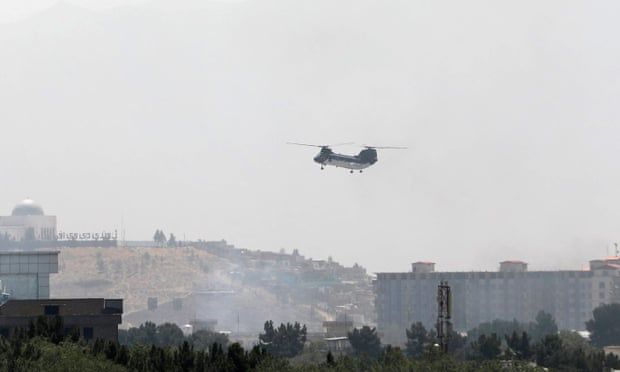 Prestigious Chevening programme paused as British embassy unable to process applications
The Foreign Office has blocked 35 Afghan students from taking up prestigious scholarships sponsored by the UK government at British universities in September because the embassy can no longer administer their visas.

Despite fears among the students that their scholarships could make them targets of the Taliban, the Foreign Office said it was deferring their Chevening scholarships for a year.

The students were given the news this month in a letter from the British ambassador to Kabul, Sir Laurie Bristow.

“After careful deliberation, the Foreign, Commonwealth and Development Office has with deep regret decided to pause the Chevening programme in Afghanistan for the academic year 2021-2022,” the letter said.

“Current circumstances mean that the British embassy in Kabul is unable to administer the parts of the programme that must be done in Kabul in time for candidates to begin their courses this year. We are very sorry, as we know this will be a huge disappointment to you.”
The move has prompted outrage, with David

A spokesperson for the Foreign Office said: “Current circumstances in Afghanistan mean the embassy cannot administer the parts of the programme which must be done in Kabul. We have therefore paused the Chevening programme there. All of this year’s scholars will be allowed to start the course next year instead.”

The Guardian understands that the Kabul elements of the programme that the embassy can no longer complete include travel administration and visa processing.

On Thursday the students held a virtual meeting with officials in the UK embassy in Kabul. The students put forward alternatives for the final administration of their scholarships, including having their visas processed in a third country. These options were rejected by the embassy.

The students are unwilling to speak publicly about their situation, anxious not to jeopardise their scholarships, but also out of fear of being identifiable to the Taliban.

Several of the students are members of vulnerable ethnic and religious minorities, some have previously been displaced by Taliban violence, and their association with British universities could make them particular targets.

Students are hopeful their scholarships will only be deferred but they are deeply concerned it could be impossible to leave Afghanistan in a year’s time.

“We are losing this opportunity for this year, we are not sure about next year, it might be so difficult our circumstances … we are trying to get out of this situation,” one said on condition of anonymity.

Dr Nishank Motwani, the director of research and policy at ATR Consulting in Kabul, said: “These are extraordinary times and this is when officials need to find creative solutions. The Chevening programme advertises itself as developing leaders for the future. They need to live up to their own mantra because in years to come, when the west wakes up about Afghanistan and sees what has happened, who are they going to turn to?

Motwani said the looming evacuation of the UK embassy was the “final opportunity” to bring the students out of Afghanistan. He said abandoning them would be a “disgraceful moral failure given how many Afghans have stood shoulder to shoulder with the UK’s civilian and military forces over the past two decades”.

He added: “The evacuation of the UK embassy staff will kill the chances of the successful applicants joining the programme another year. The danger is real because it assumes the students would survive one full year in what is increasingly looking like the return of Taliban rule. The risk that comes with safeguarding their personal documentary evidence for the Chevening scholarship is lethal if the Taliban find them because anyone with foreign ties to them is a collaborator.

“The conditions for a genocide are there, and people who have these connections, who have gone overseas and studied, they are the prime targets, because they are challenging the Taliban’s narrative.”
#Dominic Raab  #Afghanistan  #Raab
Add Comment