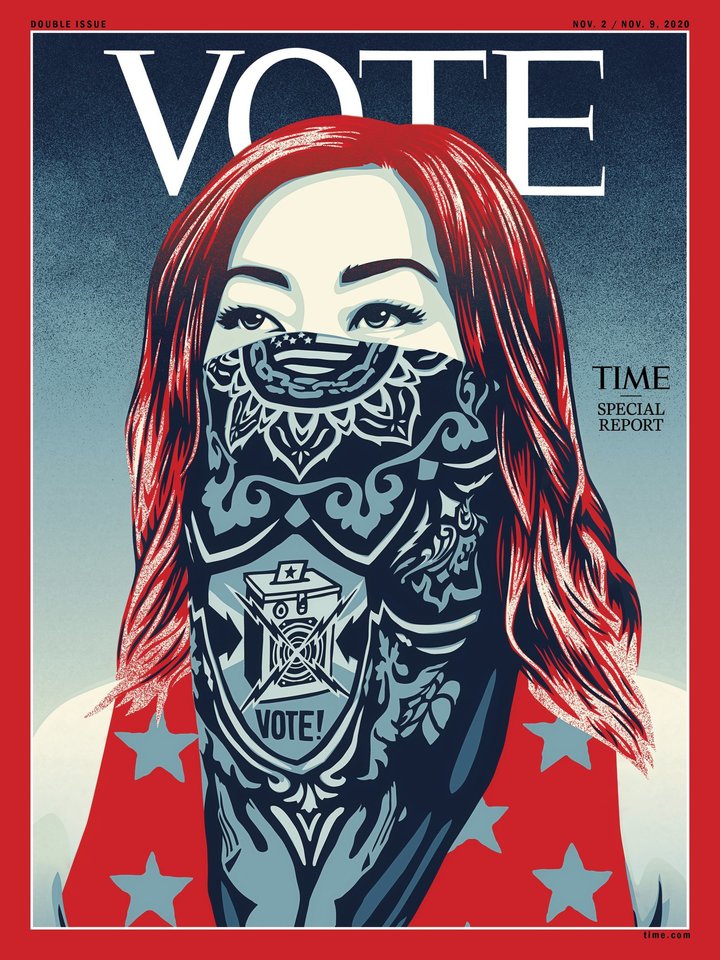 For the first time in its 97-year history, Time magazine is removing its logo from its cover. In its place, a directive: “Vote.”

Edward Felsenthal, Time’s editor-in-chief and chief executive, wrote in a note that the upcoming Nov. 3 elections are “arguably as consequential a decision as any of us has ever made at the ballot box.”

The issue, dated Nov. 2, features artwork by the artist Shepard Fairey of a person wearing a bandana with a ballot box printed on it, along with the aforementioned "Vote" logo. Neither presidential candidate is mentioned or featured in the design.

He described the artwork as a display of individual "voice and power by voting.”

The Time cover, with its red, white and blue shades, echoes Fairey's past iconography. It is his third collaboration with the magazine.

“We stand at a rare moment, one that will separate history into before and after for generations,” Felsenthal writes. "It is the kind of moment in which readers across the country and around the world have always turned to TIME. We thank you for doing so now." 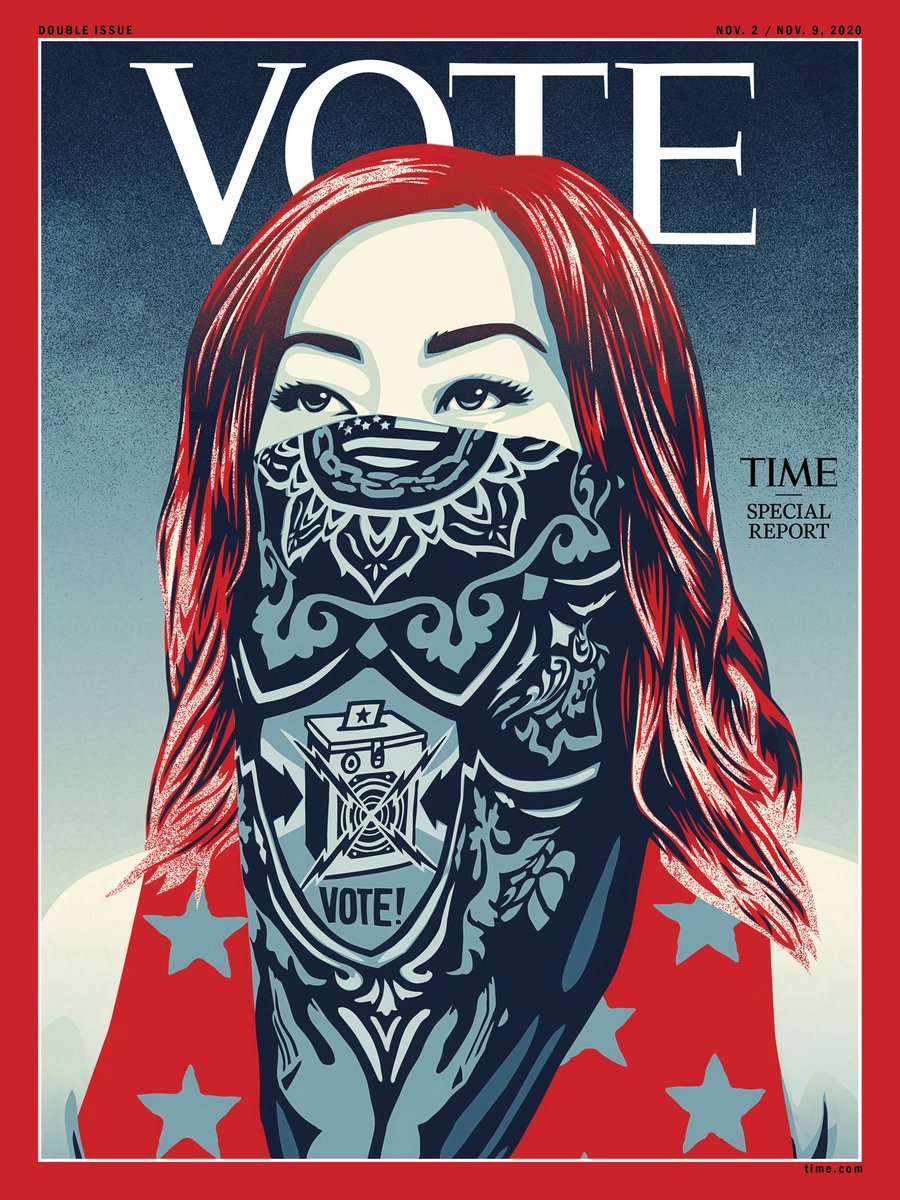