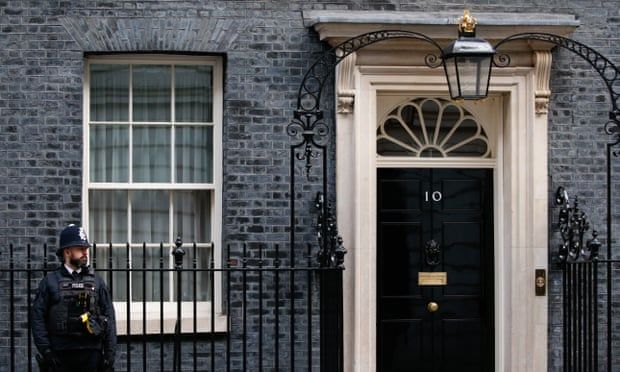 Staff allowed ‘limited access’ before Sue Gray inquiry evidence passed to police
Downing Street staff being questioned by police about alleged lockdown breaches will be allowed to view notes on the evidence they gave to the Sue Gray inquiry.

Those spoken to as part of the Cabinet Office probe were told they could see the notes with a member of Gray’s team present but would not be allowed to bring a phone into the room, to be accompanied by a lawyer, or to request any changes.

Gray admitted that it was not “standard practice in internal investigations such as this” to share notes with interviewees, but said in a letter seen by the Guardian that she had decided “as an exceptional measure” that they would get “limited access”.

This will let interviewees view the evidence they gave to her before it is passed to police, who have opened a separate criminal investigation nicknamed Operation Hillman.

Dave Penman, head of the FDA trade union that represents many civil servants, said he had made the request on the interviewees’ behalf. He clarified: “They will only be able to access notes of their own internal interview – their own words – to assist them in completing the Met Q&A.”

It is understood the Met had no objection.

The deadline for Boris Johnson to submit the questionnaire sent out to all those believed to have attended gatherings passed on Friday night. No 10 confirmed the prime minister had returned his questionnaire.

He was sent the document by the Metropolitan police last Friday, and given seven days to complete. He is expected to argue he broke no rules because he used No 10 as part of his working day, given that it is both his home and an office shared with hundreds of others.

More than 50 questionnaires have so far been issued to Downing Street staff, and the outgoing Met commissioner, Cressida Dick, said last week that “some but probably not all may very well end up with a fixed penalty notice”.

Alec Shelbrooke, the MP for Elmet and Rothwell, became the latest backbench Conservative to express his anger with the prime minister. In an email to a constituent seen by the Guardian, he said: “I’ve always sought to be straight-talking with my constituents, so you will not hear me attempting to defend the indefensible. I am angry at events of recent weeks in Westminster, as I know others are.”

Shelbrooke said he had followed Covid rules “to the letter”, adding that he had not seen his parents for 15 months, “even when I technically could when rules relaxed”, because he believed the public holds MPs to a higher standard.

He would not reveal whether he had submitted a letter of no confidence in the prime minister.

Another senior backbencher told the Guardian they did not believe the respite for the prime minister would continue indefinitely. “Even if we have up to a month of calm, all the underlying issues remain,” said the former minister, who suggested the pressure on Johnson was “coming in waves”.

Commenting on claims by the prime minister’s allies that he believed the events he attended were work functions, they said: “That won’t wash; ignorance is no defence.”
#Boris Johnson  #Johnson  #Covid
Add Comment