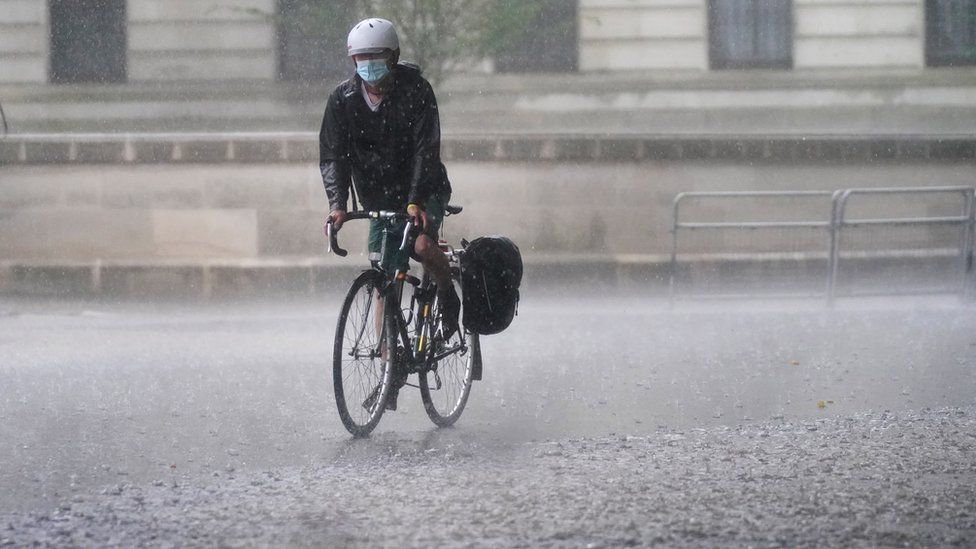 Two London hospitals have asked patients to stay away after their emergency departments were hit by flooding on Sunday.

East London's Whipps Cross and Newham hospitals urged patients to use other A&Es for urgent care, and ambulances are being redirected.

The London fire brigade said it had taken about 300 flooding-related calls in the space of a few hours.

An amber thunderstorm warning is in place for much of south-east England, with 75 to 100mm (3in to 4in) of rainfall forecast in some areas.

Vehicles became stranded, and officials warned people not to travel in the hazardous conditions.

Many of the capital's roads closed due to the flooding, including the Blackwall Tunnel, the A12 and parts of the North Circular.

On Twitter, Newham Hospital said: "We're still here if you need us but to help us while we fix things, please attend a neighbouring hospital if possible."

Whipps Cross hospital in Leytonstone issued a similar appeal, saying it was experiencing "operational issues due to the heavy rainfall".

Residents on a street in Woodford, in east London, grabbed buckets, brooms and wooden boards to prevent rising rainwater from flooding their homes.

Restaurant manager Mariya Peeva said her neighbour's bedroom was flooded and that her son helped others to protect their homes from the flooding.

Ms Peeva, 46, told the PA news agency: "My son went to buy some food from the local shop - by the time he came back the whole street and the pavement were already flooded and the water was coming into our front door." 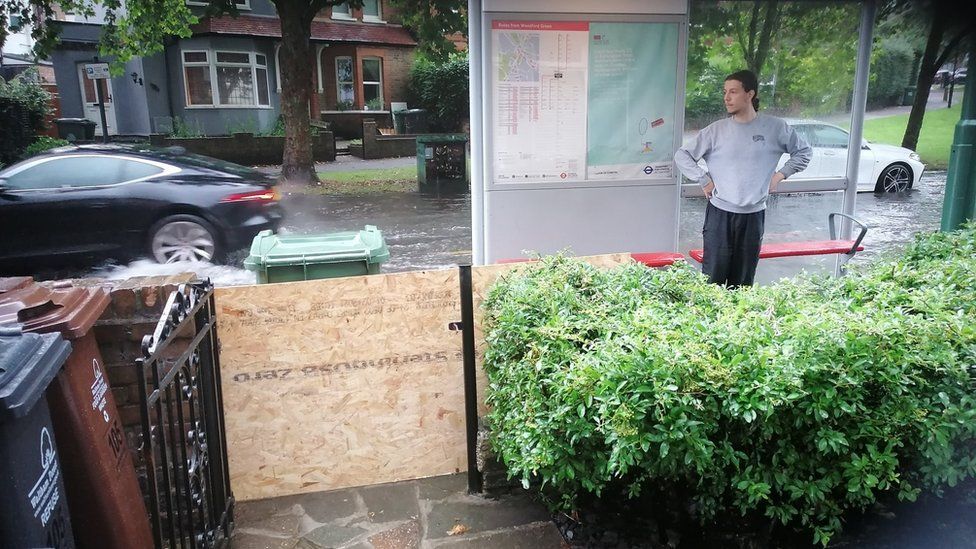 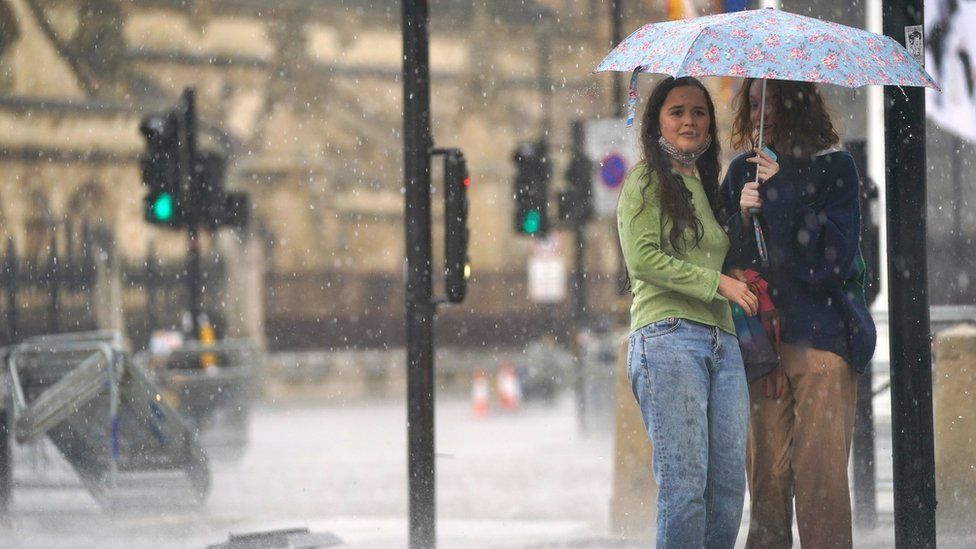 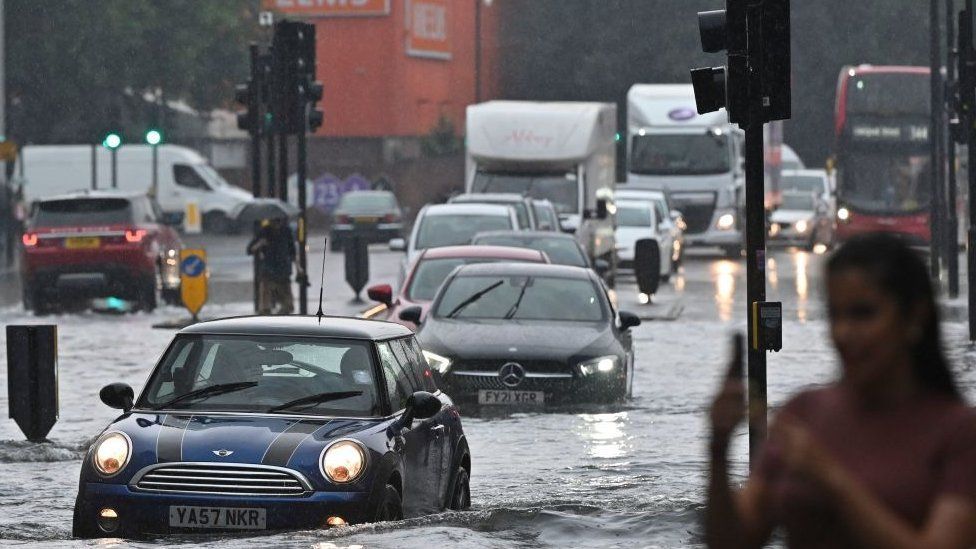 Resident Chris Date tweeted a photo of a bus in Bakers Arms, Walthamstow, saying the flood water was "above the kerb".

"It's impossible to walk on the pavement. To get on that bus the water came up to my shins. This is a canal, not a road," he said.

Cyclist Eddie Elliott, 28, said he had passed the area near Queenstown Road station to find the road "totally shut down".

"Having been born and raised in London, I have never seen anything quite like it," he said.

Mr Elliott said the flooding was the worst he had experienced in the city, and described seeing "buses stood broken down in the water". 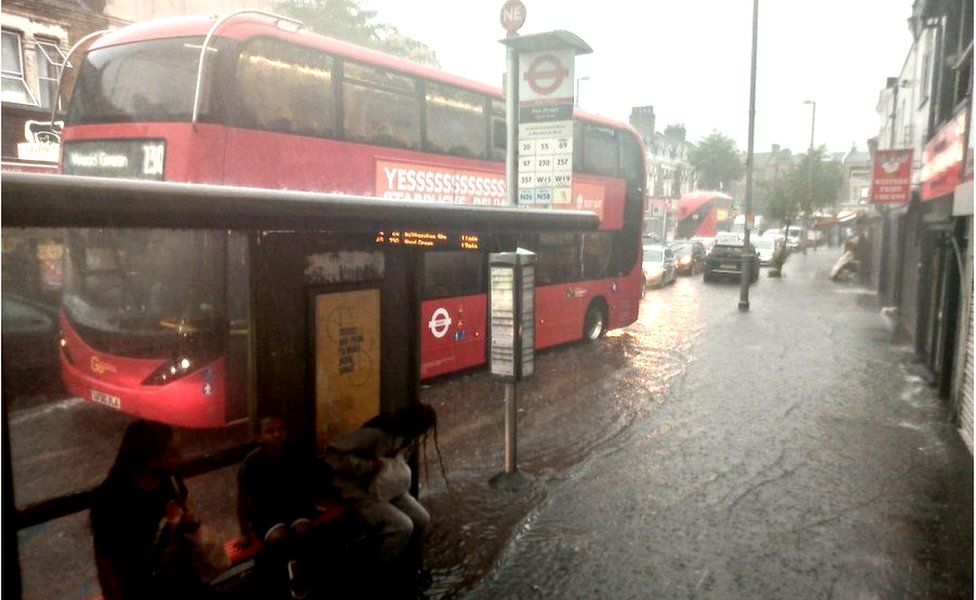 "This is a canal, not a road," said Chris Date 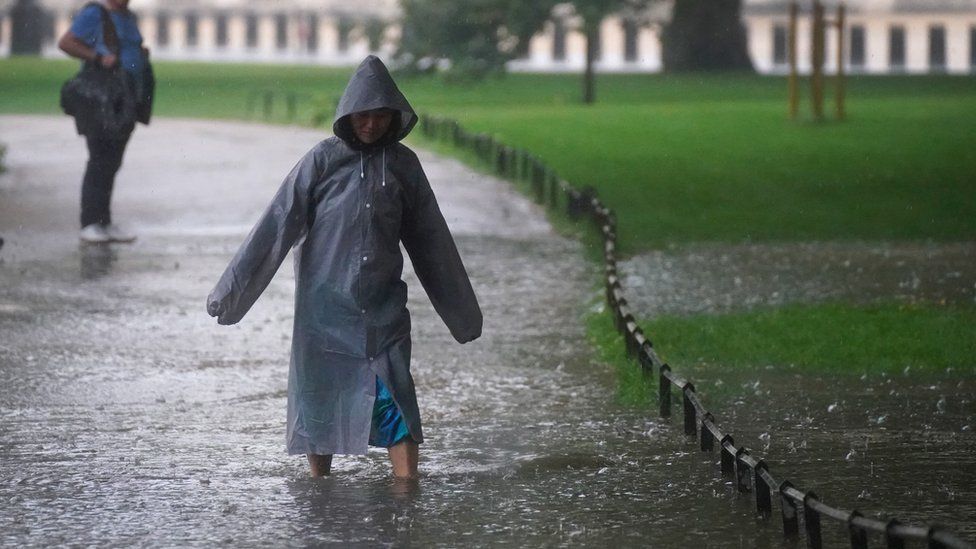 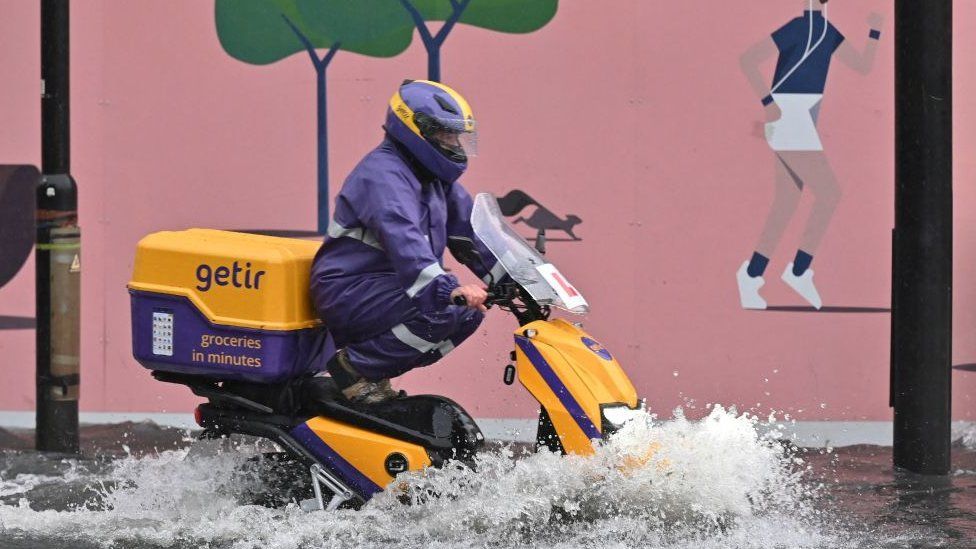 The Environment Agency issued two flood warnings for areas in London near Beverley Brook in Worcester Park and West Barnes.

Further flood warnings were issued for:

A further 19 less severe flood alerts have also been issued, covering most of the capital and parts of surrounding counties.