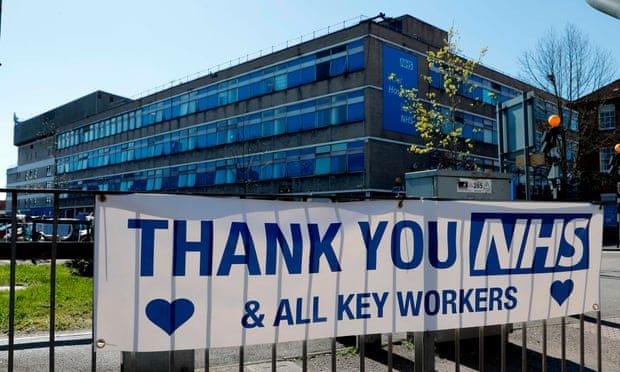 Fighting for the survival of the NHS as we know it

Letters: Philip Aylett and Steven Julians on the Conservatives’ plans for hospital-building, Kevin Donovan on the health and care bill, and Gal Travis on a day to thank NHS staff

Thank you, Rachel Clarke, for highlighting the disturbing emerging reality of the so-called New Hospital Programme (For a doctor, the Tories’ empty promises on hospitals are soul-destroying, 23 August). Just look at West Hertfordshire NHS trust, one of eight in the first wave of NHP projects. When Boris Johnson visited Watford hospital in October 2019, he claimed the area would soon have “world-class facilities”. But it is not turning out like that.

The trust’s preferred option is for a new hospital facility to be housed in three tower blocks in a heavily congested and inaccessible spot, next to the current Watford hospital. Other local hospitals would get minimal investment. The trust’s choice has zero chance of being approved by the government. It will cost more than £900m, well over any budget – a unicorn hospital.

Several surveys have shown that many local people and experts would prefer what we advocate – investment in a really new hospital on a clear site, accessible for everyone. Given the financial constraints, the most likely outcome of the NHP for West Hertfordshire is a fudged and lengthy refurbishment of the existing cramped, unpopular and decrepit Watford buildings.

Let’s hope this sorry story of mismanagement isn’t a foretaste of what is to come for the whole of the programme.
Philip Aylett
Coordinator, New Hospital Campaign, Hemel Hempstead

*  Dr Rachel Clarke asks why Sajid Javid lies. The question can be answered with an example of the three-word slogans Dr Clarke references in her column: “He’s a Tory.” Nothing more is needed.
Steven Julians
Romford, London

*  Your editorial (29 August) catalogues the unforgivable treatment of NHS staff. But in your analysis and the suggested remedy, you miss what is the key factor in the difficulties facing the NHS: its decline is deliberate government policy. For a decade (following a pattern set by earlier Tory and Labour governments) the service has been managed on the basis of plans prepared by management consultants. These have reached their endgame with the health and care bill, which will return to the Commons in the autumn.

This bill will make lawful what has been happening largely without public debate or even awareness. Next April the NHS will be abolished. It will be replaced by more than 40 local variants whose boards will eventually be controlled by giant corporations – many from the US health insurance sector, some already with contracts in the service.

If this is allowed to continue, it will put an end to the clapping and the rainbow posters as more and more people are forced to go private – which has always been the Tory ambition.
Kevin Donovan
Birkenhead, Merseyside

*  Re the TUC’s call for more public holidays (Report, 30 August), may I suggest 5 July, the date of the creation of the NHS, as a suitable thank you to those who got us through the pandemic? A petition that I recently launched on the parliamentary website to achieve exactly that aim – the creation of an NHS Day – has the added benefit of proposing a gratitude bonus for all NHS staff: petition.parliament.uk/petitions/590154
Gal Travis
Norwich