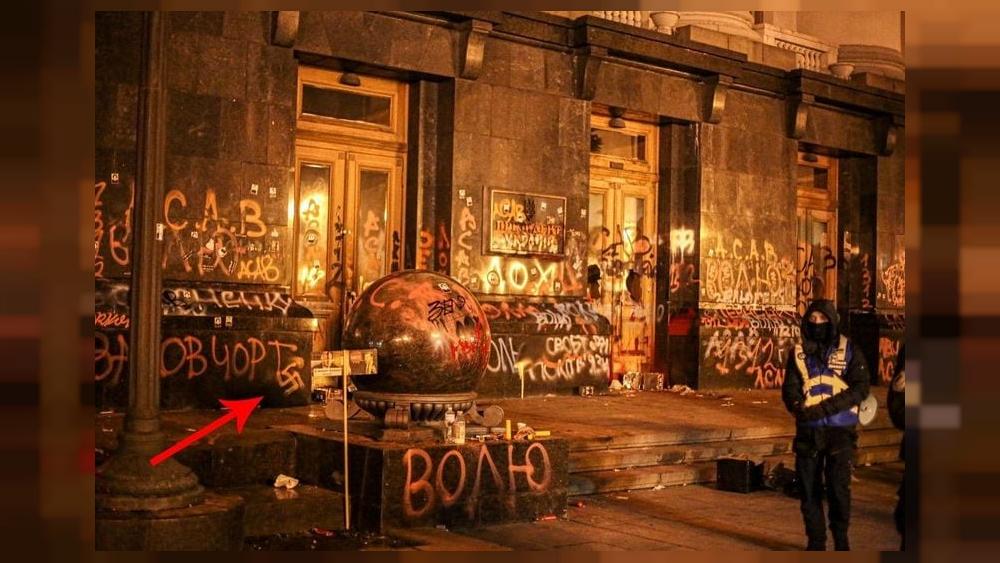 Hundreds of protestors took to the streets in the Ukrainian capital of Kyiv on Saturday, marking the birthday of a far-right activist.

Serhiy Sternenko, a former leader of the organisation Right Sector, was convicted last month of kidnapping and beating a newly elected local council member in 2015.

He was sentenced to seven years and three months in prison and had half of his property confiscated.

It's like the so-called 'trash lustration' (when Ukrainian politicians were thrown into trash bins). People demand reforms but top leaders sabotage and postpone them. So people have nothing to do but cry out in such a form."

Saturday marked Sternenko's birthday and triggered his supporters to demonstrate outside the Ukrainian presidential office.

They lit fires, broke windows and set off fireworks while chanting for Sternenko's release.

Sternenko runs a popular Youtube channel and has a large following. He has been involved in anti-corruption protests and marches in Odessa.