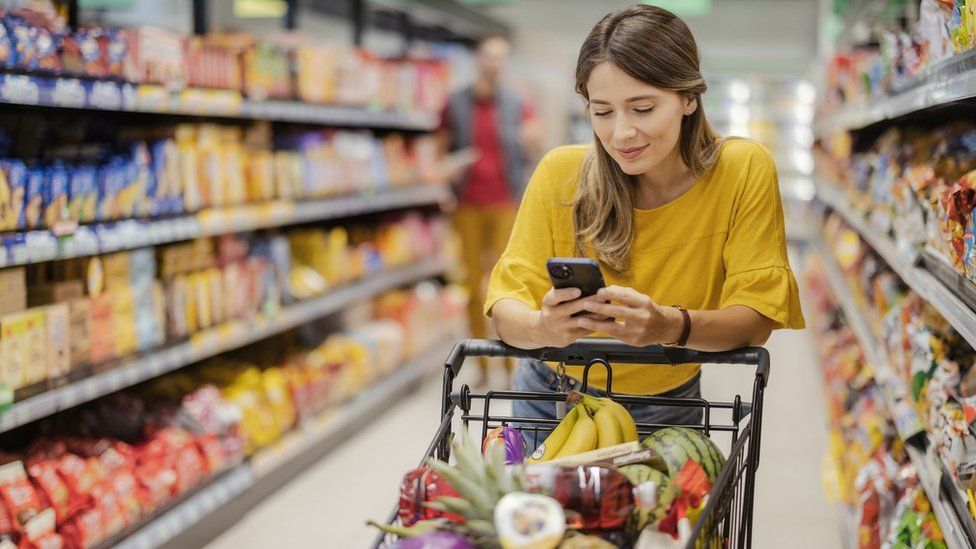 The pound touched a record low against the dollar, after a pledge of further tax cuts by Chancellor Kwasi Kwarteng and worries about higher interest rates knocked investors' confidence.

But how could a slide in the value of the pound affect people and businesses in the UK day-to-day?

A fall in the value of the pound will increase the price of goods and services imported into the UK from overseas.

That's because when the pound is weak against the dollar or euro, for example, it costs more for companies in the UK to buy things such as food, raw materials or parts from abroad.

Firms could choose to pass on those higher prices to their customers.

It comes at a time when the cost of living is already increasing at its fastest rate in nearly 40 years, driven by the cost of food and fossil fuels going up. 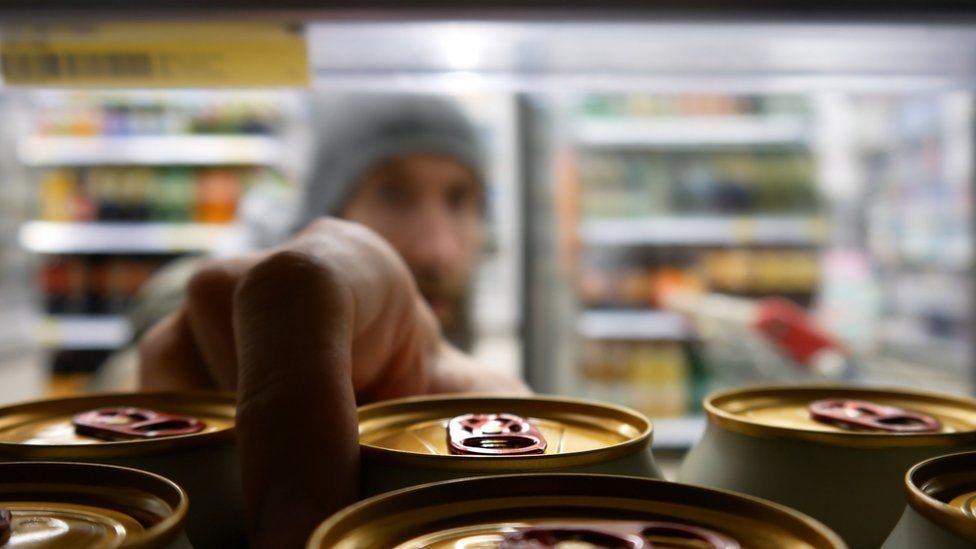 Lots of different factors can affect whether or not a business might choose to pass on those costs. Supermarkets, for example, might have bought some of their stock in advance.

Paul Davies, chief executive officer at Carlsberg Marston's Brewing Company, suggested the fall of the pound could cause a rise in beer prices.

He told the BBC's Today programme that the drop was "worrying" for the British beer industry, which imports beer and hops from Europe and the US.

Shoppers buying goods from American companies could also see prices spike. California-based Apple recently raised the launch price of its new iPhone 14 Pro range by up to £150 in Britain in comparison with the iPhone 13 Pro, thought by experts to be partly due to the weak pound.

Energy costs are one of the things that are also likely to increase as the value of the pound falls.

The price of all of the gas that the UK uses is based on the dollar - even if the gas is produced in the UK.

Prime Minister Liz Truss has had to outline measures to deal with soaring gas and electricity bills faced by households and businesses in the wake of the war in Ukraine.

That included the energy price guarantee, which sets the the highest amount suppliers are allowed to charge domestic households for every unit of energy they use.

Suppliers could come under further strain due to the slide in the value of sterling, although wholesale gas prices have fallen from recent highs.

Household budgets have also been under pressure because of road fuel costs in recent months.

The fact that oil prices are based on the dollar means that petrol could also be more expensive for UK drivers as it costs more to be imported by fuel companies.

Although oil prices have been falling in recent weeks, consumers are not likely to see the benefit at the pump due to the slide in the value of the pound.

3. Higher repayments for some mortgages

The falling pound is likely to push inflation, which tracks how the cost of living changes over time, higher - if companies choose to pass on higher costs to consumers.

The Bank of England is expected to counter higher inflation by raising interest rates even further.

It is one way the Bank can try to control rising prices - by increasing the cost of borrowing and encouraging people to borrow less and spend less, as well as saving more.

Some economists have even suggested that it might call an emergency meeting this week to raise rates ahead of schedule.

About two million people in the UK on a tracker or variable rate mortgage could see their monthly costs going up even further as a result.

Even if you don't have a mortgage, changes in interest rates could still affect you because lenders might choose to increase fees charged on credit cards, bank loans or car loans.

In addition, there is still an "awful long way to go" before rates on savings accounts start to close the gap with the rising cost of living, she says, denting people's spending power.

By contrast, some businesses in the UK could get a boost from a fall in the value of the pound against the dollar or euro.

A cheaper pound makes it less expensive for people from around the globe to buy goods and services from British firms, making them more competitive.

It could provide some benefit to firms struggling with additional red tape and customs checks introduced after Brexit. According to recent European figures, exports to the trade bloc declined by nearly 14% in 2021 compared with the year before.

The weakness in the pound also makes the UK an attractive place for international investors, particularly from the United States.

UK firms have already seen big takeover bids from investors, such as fashion chain Ted Baker, which recently agreed to be snapped up by the US company behind the likes of Forever 21 and Juicy Couture for £211m.

For people in the UK planning a trip overseas, the plunge in the pound means that their holiday money won't stretch as far on things such as meals out or accommodation.

This is particularly the case for anyone planning a trip to the US.

The fall in its value could also see airlines face sharply increased costs, with fuel and aircraft leases often denominated in dollars. 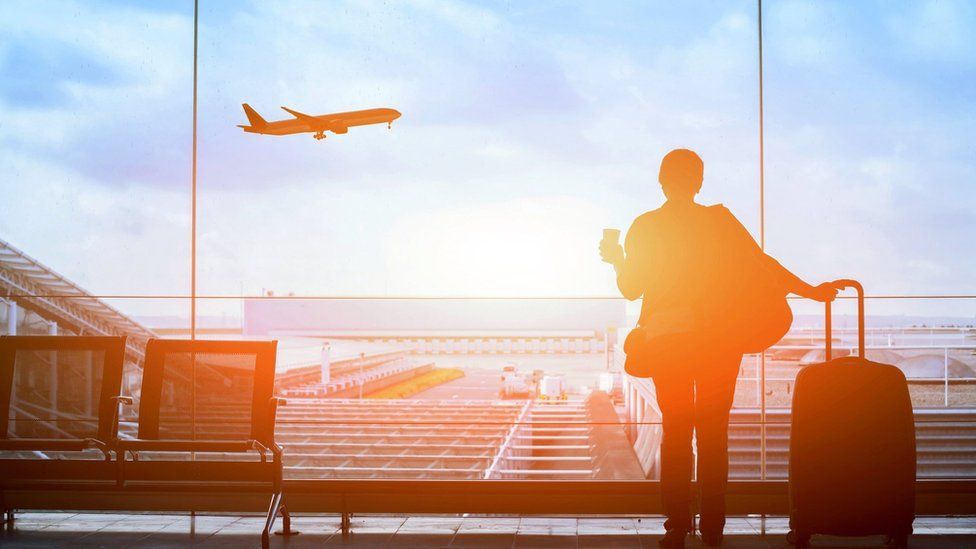 Johan Lundgren, chief executive of EasyJet, said: "Clearly the dollar is very, very strong. We have a lot of expenditure in dollars and a lot of revenue in pounds."

But he said that the airline was in a good position because it had "hedged", or bought some fuel in advance at a set rate.

"So it has less impact on us than it does on some other airlines," he added.

The pound has also fallen against a number of currencies - including the euro, which touched a 20-year low as concerns mounted over the chancellor's plans.

But travel industry expert Simon Calder pointed out that the slump in the value of the pound could make the UK more attractive to inbound visitors looking for a cheaper holiday.