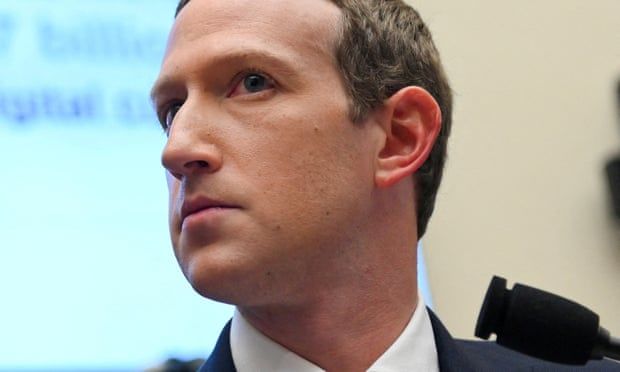 Facebook has dramatically agreed to settle a lawsuit seeking damages for allowing Cambridge Analytica access to the private data of tens of millions of users, four years after the Observer exposed the scandal that mired the tech giant in repeated controversy.

A court filing reveals that Meta, Facebook’s parent company, has in principle settled for an undisclosed sum a long-running lawsuit that claimed Facebook illegally shared user data with the UK analysis firm.

It follows revelations of mass data misuse made by a Cambridge Analytica whistleblower to the Observer in 2018, an exposé that forced chief executive Mark Zuckerberg to testify before Congress and led to the social media firm receiving a multibillion-pound fine. Days after the story was published, Facebook’s share price fell by the equivalent of more than $100bn.

However, some expressed dismay that the timing of the potential settlement would prevent Zuckerberg and Meta’s outgoing chief operating officer, Sheryl Sandberg, being made to testify during up to six hours of questioning by plaintiffs’ lawyers next month.

Carole Cadwalladr, the Observer journalist whose investigations into Facebook and Cambridge Analytica also helped inspire the Netflix film The Great Hack, said: “It is a measure of how desperate Zuckerberg is to avoid answering questions about Facebook’s cover-up of the Cambridge Analytica data breach that Facebook has settled this case just days away from him being cross-examined under oath for six hours.”

It emerged that Zuckerberg and Sandberg, who recently announced she would be stepping down in the autumn, would face questioning, with the depositions scheduled to take place from 20 September.

The latest developments follow a separate lawsuit last year that claimed Facebook paid $4.9bn more than necessary to the US Federal Trade Commission (FTC) in a settlement over the Cambridge Analytica scandal in order to protect Zuckerberg.

The lawsuit alleged that the size of the $5bn settlement was motivated by a desire to prevent Facebook’s founder from being named in the FTC complaint.

Cadwalladr added: “Facebook has proved that they are prepared to pay almost any sum of money to avoid their executives answering these questions. This settlement comes on top of the $5bn they already paid the FTC.

“The truth will come out one day – but today is not that day.”

In the new court filing, disclosed late on Friday, financial terms or details of the preliminary settlement are not given.

The Observer asked Facebook and its lawyers to share more details of the in-principle settlement but it declined to respond.

However, the filing does ask the judge in the San Francisco federal court to put the class action lawsuit on hold for 60 days until the lawyers for both plaintiffs and Facebook finalise a written settlement.

The four-year-old lawsuit, brought by a group of Facebook users, alleged that Facebook violated consumer privacy laws by sharing personal data of users with other firms such as Cambridge Analytica, which declared itself bankrupt two months after the Observer exposé.

Facebook users sued the company in 2018 after it emerged the British analytics firm connected to former US president Donald Trump’s successful 2016 campaign for the White House gained access to the data of as many as 87 million of the social media network’s subscribers.

It was thought that Meta could have been made to pay hundreds of millions of dollars had it lost the case.

Facebook has previously said its privacy practices are consistent with its disclosures and “do not support any legal claims”.