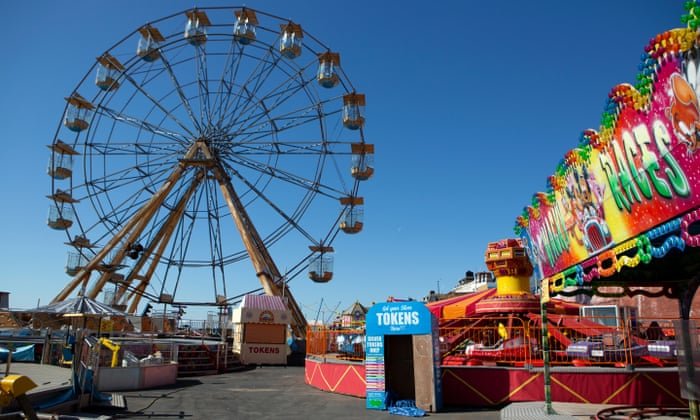 VisitBritain chief says predicted slump excludes impact of Covid-19 quarantines
The government is considering adding an extra bank holiday to the UK calendar this year, potentially around the school half-term holiday in October.

The idea has been proposed by the official tourist agency VisitBritain to help extend the season and make up for lost earnings from two bank holiday weekends in May caused by the coronavirus shutdown.

Patricia Yates, the acting chief executive of VisitBritain, told MPs on the Commons digital, culture, media and sport committee that the tourism sector expected to lose £37bn from the impact of Covid-19.

Downing Street said the government was “supporting the tourism industry during this challenging time”, and would respond to VisitBritain’s proposal in due course.

A spokesman added: “It is worth acknowledging that an extra bank holiday comes with economic costs.”

VisitBritain believes there will be a £15bn drop in income from visitors coming to Britain from overseas, combined with £22bn from lost domestic tourism.

At the start of the year, before the pandemic struck Europe, VisitBritain had estimated the British tourism business would generate income of £107bn in 2020.

Yates told MPs: “Every time we do the modelling, the figures get worse.”

The predicted slump in income for the UK’s tourist sector does not include the impact of a possible 14-day quarantine for all visitors coming to Britain.

The tourist organisation welcomed the extension of the government furlough scheme to support businesses which often depend on the summer season for most of their annual income.

Yates told the committee that businesses in the tourism sector usually begin trading around Easter, and would therefore need to extend their season beyond September to try to recoup some of the lost trade.

“Because the industry has lost the benefit of the two May bank holidays, I think that’s an idea that is being considered, to have an October bank holiday around half-term, because what we are going to need to do is generate people not just in July and August,” she said.

Foreign travel restrictions are expected to remain in place for some time, and the British tourism sector hopes income from domestic visitors will partially offset money that would have been spent by foreign tourists, but Yates cautioned that Britons were reluctant to travel within the UK.

“Given that it has to be the year of domestic tourism, there’s a real job to be done there in convincing people that it is socially responsible to travel and enjoy a holiday, and that it is safe to do so,” Yates said.

Samantha Richardson, the director of the National Coastal Tourism Academy, told MPs that the majority of residents in Britain’s coastal communities wanted to see tourism return, but that seaside car parks and toilets had not yet been reopened by local authorities, as physical distancing measures would need to be introduced.

VisitBritain is calling on the government for more funding to market Britain to foreign tourists to help lessen the impact of the coronavirus crisis.

“Australia spends more [on tourism marketing] in China than we do internationally, so we are hugely outspent,” said Yates, adding that the official tourist agency in Ireland had asked for its marketing budget to be doubled.
Add Comment