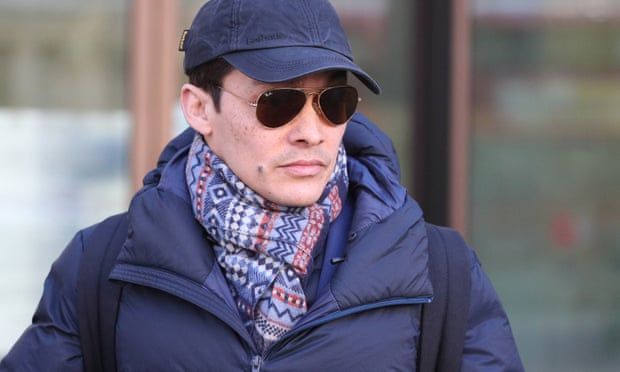 Yat-Sen Chang, 49, a leading figure on the British and international ballet scene, had been convicted in May of 12 counts of sexual assault and one count of assault by penetration.

Jailing him on Wednesday, Judge Edward Connell told the “internationally renowned” dancer that his offending had had a profound impact on his victims and that he had demonstrated no remorse.

The offences, which took place between December 2009 and March 2016 at the ENB and the Young Dancers Academy in London, relate to four female complainants, who were aged 16 to 18 at the time. They accused Chang of touching them inappropriately during massages at the schools.

“You became emboldened when the young women did not report your conduct,” said the judge, who told Chang he had taken advantage of his “fame and position of trust”. “Your offending has had a profound impact on all your victims and you have demonstrated no remorse for your appalling behaviour.”

Young students, who Chang had been entrusted to teach, had been in awe of his status and Chang had believed his fame would protect him, prosecutors said during the trial at Isleworth crown court.

In a victim impact statement, one woman said: “He did ruin most of my late teenage years. I hope he will face what he has done with regret and pain.” She added: “I still feel haunted, violated, shamed and humiliated.”

The woman said she thought at first he had been “nice” to her and helped her dancing improve, but as she got older she “became increasingly disgusted at what happened”, and angry at herself for not having realised it sooner.

Another, who has left the ballet world, told how she felt “vulnerable and numb” by what had happened.

Chang, who has a long-term partner and an adult daughter, was found not guilty of one count of assault by penetration.

The Cuban-born dancer joined ENB in 1993 and was a principal dancer until 2011, according to a profile on the German Theaterkiel website.

He performed in productions including the Nutcracker, Coppélia and Sleeping Beauty while at ENB. Trained at the Cuban National Ballet School, he worked in France before being offered a contract in the UK, where he also ran summer schools.

Chang, who at the time was living and working in Kiel, in northern Germany, described himself while giving evidence as “a hero in the ballet world” and “a star”. He said he had “no idea” why the allegations were made, and denied touching any of the complainants in an inappropriate or sexual way.

His barrister, Kathryn Hirst, said “he maintains that he is not guilty in these matters” but “accepts the jurors’ verdicts”.

ENB said in a statement after sentencing that it took safeguarding very seriously and had commissioned a thorough review of its policies and practices in light of the offences.

It said it had not been directly involved in the investigation and was “appalled” to learn from press coverage that incidents of abuse took place on its former premises.

“English National Ballet was shocked and concerned to learn of the offences of a former company dancer. Our thoughts are with the victims who have shown bravery and strength in raising their voices,” it said.
Add Comment