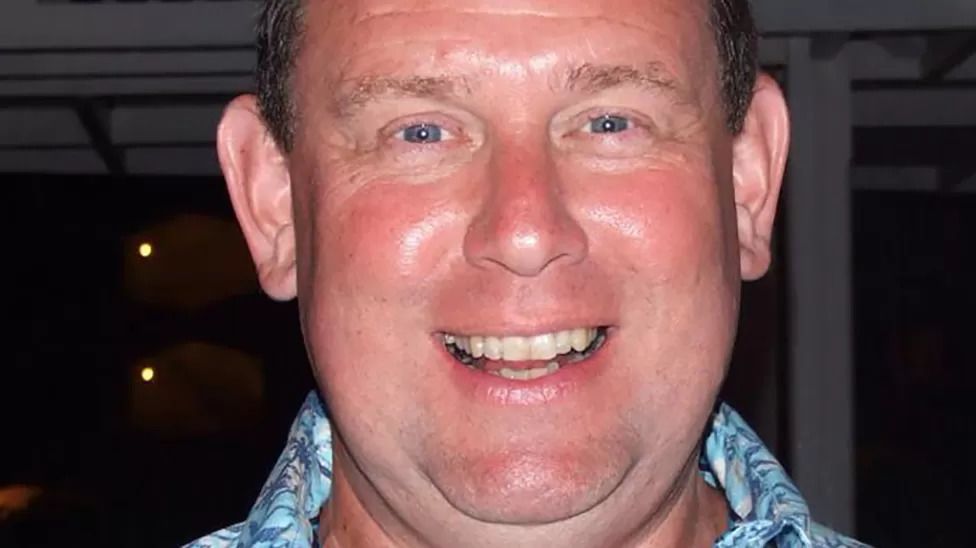 Rob Lewis, now a Home Office official, is being held on suspicion of offences under the Communications Act and misconduct in a public office.

BBC Newsnight has seen racist messages about flooding in Pakistan, as well as Harry and Meghan, shared in the chat.

The Home Office suspended him, calling the messages "vile and deplorable".

It said it had "a zero-tolerance approach to anyone displaying racist or discriminatory behaviour".

The Met's new commissioner, Sir Mark Rowley, called the material "horrific and completely shameful" and pledged to be ruthless in removing officers who damage the integrity of the force.

"We're going to be much more forceful in the way we see this as criminality, not just bad behaviour," he told the BBC's Newsnight.

"The leadership, culture and standards [within the Met] has allowed too many people to behave in this way and we haven't been ruthless enough about it."

Sir Mark added that concrete steps were being taken to see more people removed from the force for such "ghastly acts".

He said he would also focus on strengthening community policing and would report his progress both publicly and to Mayor of London Sadiq Khan.

Mr Lewis is understood to have created the group chat, which also included other former Met police officers.

Newsnight has been passed dozens of messages, by a member of the group. Many are too offensive to show. Some contain the very strongest racial slurs.

Some of the posts reference the government's Rwanda policy, while others joke about recent flooding in Pakistan, which left almost 1,700 people dead. The Duke and Duchess of Sussex also feature in several memes, alongside racist language.

Several of the members of the WhatsApp group used to work for the Diplomatic Protection Group (DPG), a specialist operations branch of the Met that guards the Houses of Parliament and protects ministers.

Newsnight understands serving police officers were part of the group in question until recently, but many left following the murder of Sarah Everard, last year. Ms Everard was murdered by Wayne Couzens, who was a member of the same specialist branch.

The unit has since changed its name and is now called the Parliamentary and Diplomatic Protection (PaDP).