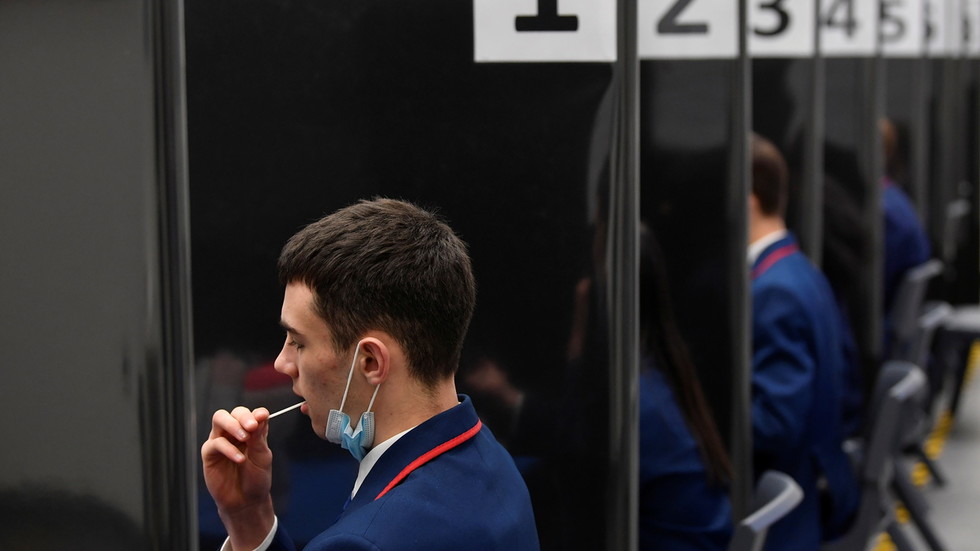 Everyone in England will have access to free rapid Covid-19 tests twice a week, PM Johnson says, as economy reopening begins

UK Prime Minister Boris Johnson has promised that everyone in England will be able to get a free rapid Covid-19 test twice a week, as he prepares to lift more restrictions. Options include doorstep delivery of testing kits.
The lateral flow tests, which can provide results in around 30 minutes, will be available at testing sites and pharmacies, and will also be orderable online.

Johnson said that the programme will help to “stop outbreaks in their tracks,” contributing to the ongoing vaccination campaign and a roadmap to start “cautiously” relaxing the restrictions.

“Regular rapid testing is even more important to make sure those efforts are not wasted,” the PM said.

The UK’s minister of state for health, Edward Argar, told ‘BBC Breakfast’ that rapid tests, which will be available from Friday, could be used by people who are returning to their workplaces. He added that the use of such tests in secondary schools has proved that the government can meet demand.

Argar said that people should quarantine themselves for 10 days when they test positive for Covid-19 – even if they later take a more accurate PCR test that is negative.

“I have great confidence in my fellow citizens to continue doing the right thing until it's safe to start easing those other restrictions,” he said.

Meanwhile, Labour Party Shadow Health Secretary Jonathan Ashworth stressed that testing “must be backed up by decent financial support,” because people are often forced to choose between going into quarantine and feeding their families.

UK media has reported that Johnson is expected to confirm that all retail and services, such as hair salons, can reopen on April 12 in England. He is also expected to announce that a traffic light system will be used to grade foreign countries in terms of infection and vaccination rates once UK nationals are allowed to travel abroad. The Cabinet ministers are set to meet later on Monday.
#COVID-19  #Covid  #Boris Johnson
Add Comment