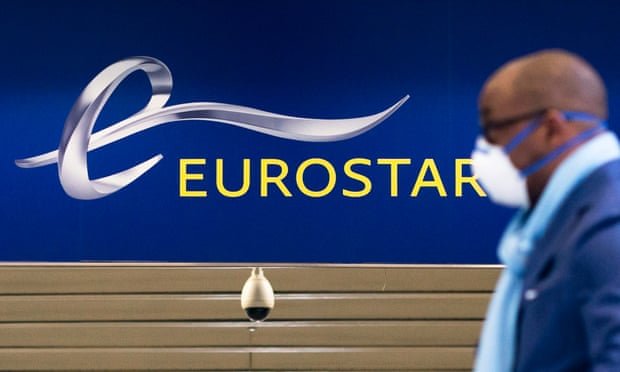 Eurostar to launch direct Amsterdam to London route in October

Route delayed by coronavirus saves hour-long passport and security check in Brussels
Eurostar is to launch its eagerly awaited direct Amsterdam to London service on 26 October, it announced on Monday.

The high-speed rail service had been due to start at the end of April but was delayed following the outbreak of the coronavirus pandemic.

The cross-Channel rail operator launched the London to Amsterdam route in April 2018, but until now the return leg of the journey meant a change in Brussels to allow for passport controls and security screening, adding about an hour to the journey time.

Eurostar said the new journey time to London was just over four hours (4h 9m) from Amsterdam and three and a half hours (3h 29m) from Rotterdam. Initially just two trains a day will operate, with services likely to be increased next year.

Tickets will go on sale from 1 September, priced at £40 each way. They can be booked up to February 2021, allowing passengers to plan a Christmas or new year break in the Dutch capital.

The introduction of the service comes amid uncertainty because of ongoing travel restrictions as a result of the coronavirus pandemic. The UK government has removed the Netherlands from its list of countries people can travel to without having to quarantine on their return.

Travellers who arrive back in the UK from the Netherlands after 15 August have to self-isolate for 14 days under coronavirus safety measures. Eurostar says it will offer more flexible booking options, including accepting changes to any booking at no cost up to 14 days before departure.

Eurostar claims to offer a more sustainable way to travel to mainland Europe, with a journey between London and Amsterdam resulting in 80% less carbon per passenger than the equivalent flight.

The operator has also suspended its popular seasonal south France route – to Avignon and Marseille – until 2022, in order to focus on routes between London, Paris and Brussels which have the highest demand and shorter journey times. It operates up to five daily return trains between London and Paris and up to two to Brussels.
#Coronavirus
Add Comment