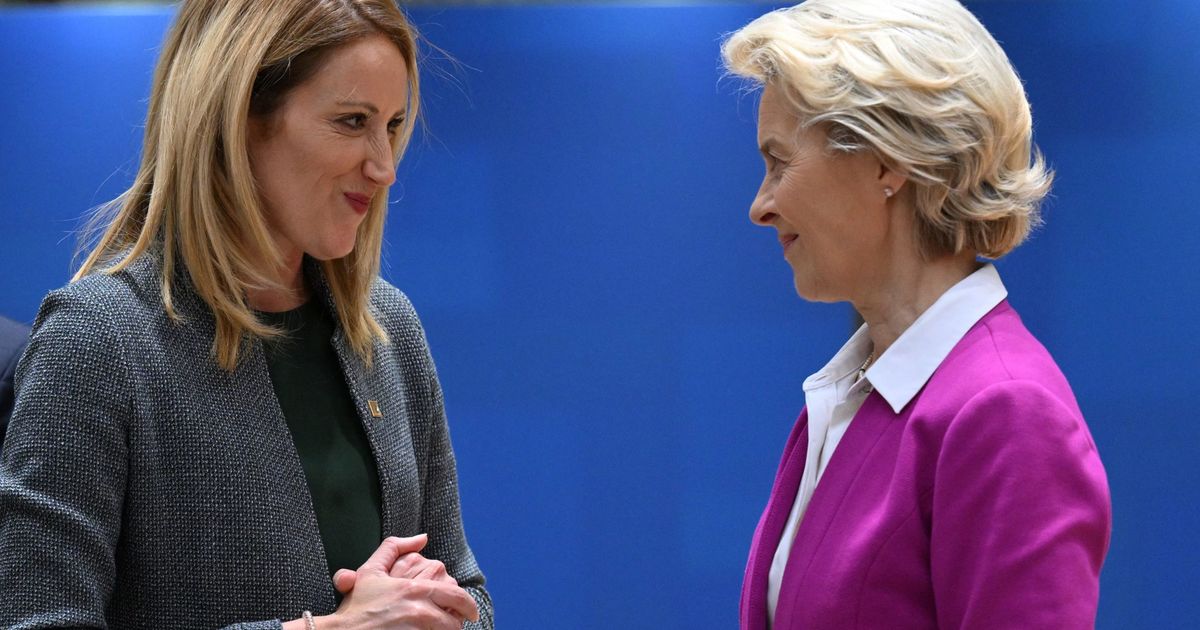 The move came after Brussels finally threatened Hungary’s regular EU budget payments — and Parliament determined its case had fragile legal merits.
An internal EU legal battle over how the bloc should police the rule of law within its own ranks has quietly ended, POLITICO’s Brussels Playbook reported Tuesday.

The European Parliament in May dropped a lawsuit against the European Commission pressing the EU’s executive branch to immediately deploy a new power allowing it to slash funds to countries such as Hungary, Poland or Bulgaria, which have faced allegations of allowing corruption to blossom while eroding an independent judiciary.

The previously unreported withdrawal, which received no public attention at the time, occurred after two developments.

First, the Parliament’s own legal service assessed that the case rested on fragile legal grounds. Second, the Commission, bowing to pressure from Parliament and civil rights groups, did agree in April to launch its so-called rule-of-law mechanism against Hungary — the first time it had triggered the new authority.

A Parliament spokesperson confirmed the case had been discussed and dropped in May.

“A broad majority of group leaders were in favor of withdrawing the Parliament’s legal action against the Commission and tasked the president to withdraw the case,” the spokesperson said in a statement. “The Court was informed by the European Parliament on May 18, 2022, that it wished to discontinue its action.”

Parliament originally brought the lawsuit in October of last year — a bid to pressure the Berlaymont to more assertively threaten regular EU payments for countries considered to be backsliding on the rule of law and basic democratic standards.

The Commission first acquired its rule-of-law power in early 2021, but initially refrained from using it after EU leaders asked the bloc to wait until its top court had ruled on a legal bid from Poland and Hungary seeking to invalidate the power.

In February, the court gave its blessing, freeing up the Commission to proceed. While the Commission has since moved on Hungary, it has held back from going after other countries regularly in the EU’s rule-of-law crosshairs, including Poland.

Parliament’s step-down represents a slight easing of tensions between two of the EU’s main bodies.

The institutions have been at odds in recent years over how to rein in wayward members exhibiting signs of waning democratic norms.

Hungary and Poland have been at the center of that debate, with Parliament regularly pushing the Commission to take more aggressive action in response to not just corruption concerns but also rhetoric and laws targeting the LGBTQ+ community, as well as the encroachment on media freedom.

Most recently, the differing approaches were seen in the wake of Hungarian Prime Minister Viktor Orbán’s proclamation that his country will not become a “mixed-race” country. While the Commission initially refrained from commenting directly, Parliament leaders condemned the “openly racist” remarks and argued Orbán had actually violated the EU treaties with his speech.

But it’s the Commission that carries much of the power of the purse strings. And even if it hasn’t acted as swiftly as the Parliament would like, the Commission is using its authorities to pressure both Hungary and Poland.

Yet the Commission has shown more signs of resolution with Poland than it has with Hungary. The executive in June agreed with Warsaw on a roadmap of specific reforms the country could make to receive its pandemic cash. No such deal has been made yet with Hungary, at least publicly. Poland has also not faced formal threats to its regular EU budget payouts the way Hungary has.

With Hungary, any final decision over whether to slash its regular EU budget funds will come from the governments themselves. While the Commission can launch the rule-of-law proceedings, it needs to obtain a “qualified majority” from the Council — a minimum of 55 percent of EU countries representing at least 65 percent of the EU population — to approve any budget reductions.
Add Comment