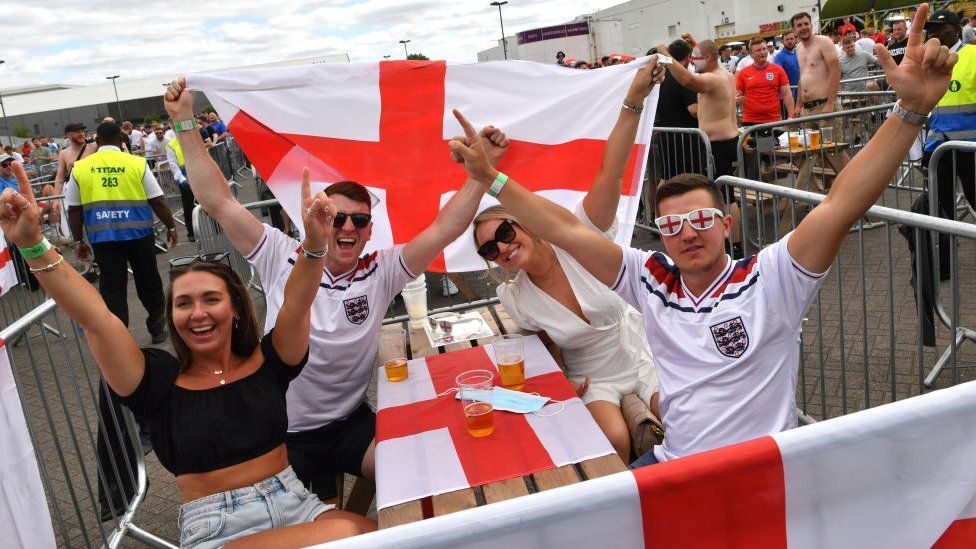 Raheem Sterling's goal secured a 1-0 victory for the team at Wembley, which was watched by around 22,500 supporters in the stadium.

An official socially-distanced fan zone was also set up at London's Trafalgar Square.

Fans are hoping England could reach the final of a major tournament - and win - for the first time since 1966.

England players continued with the gesture of taking the knee ahead of the game, to protest against racism.

Some fans booed in response but they were drowned out by loud applause.

Ahead of the game, a video and statement released on England's official Twitter account called on supporters to avoid booing players or sending them abuse online, saying the move was about "humanity, community [and] equality" rather than politics. 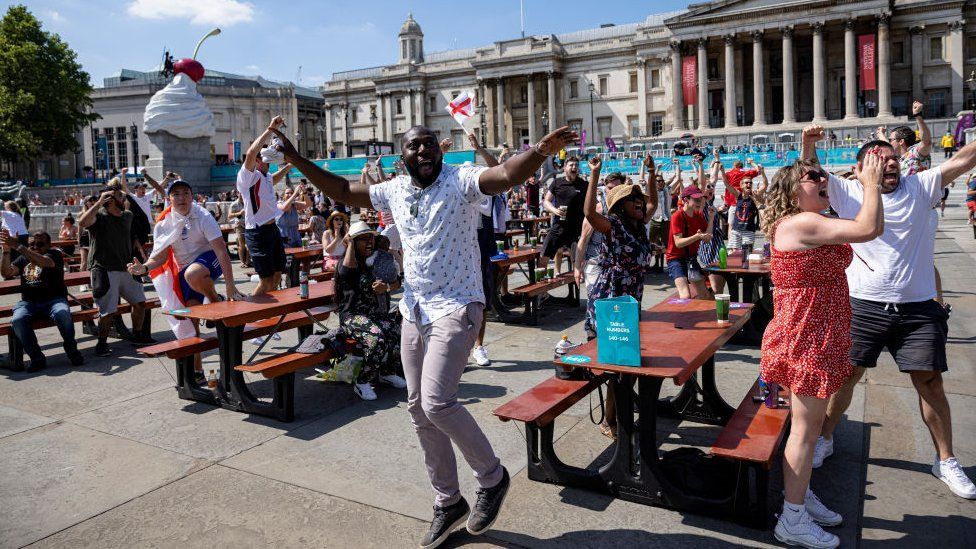 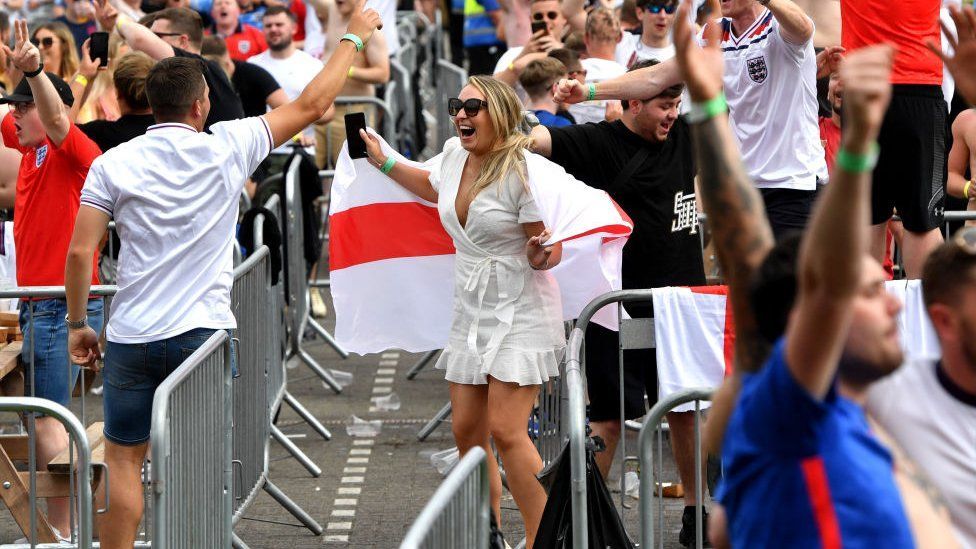 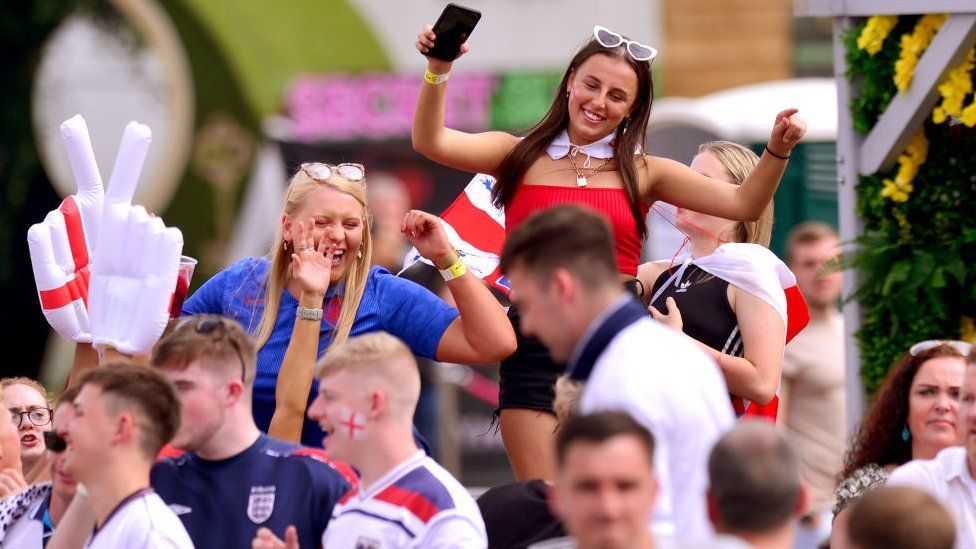 Fans were allowed back in sports stadiums in England last month when coronavirus lockdown rules were relaxed, and Wembley will be open at 25% capacity for the first three group matches and last-16 tie.

Supporters at Wembley had to show either proof of vaccination or a negative lateral flow test before entry.

But if restrictions are eased further on 21 June - which Boris Johnson will announce on Monday - then capacity could be increased for the knockout stages.

The match was played under glorious sunshine and blue skies. 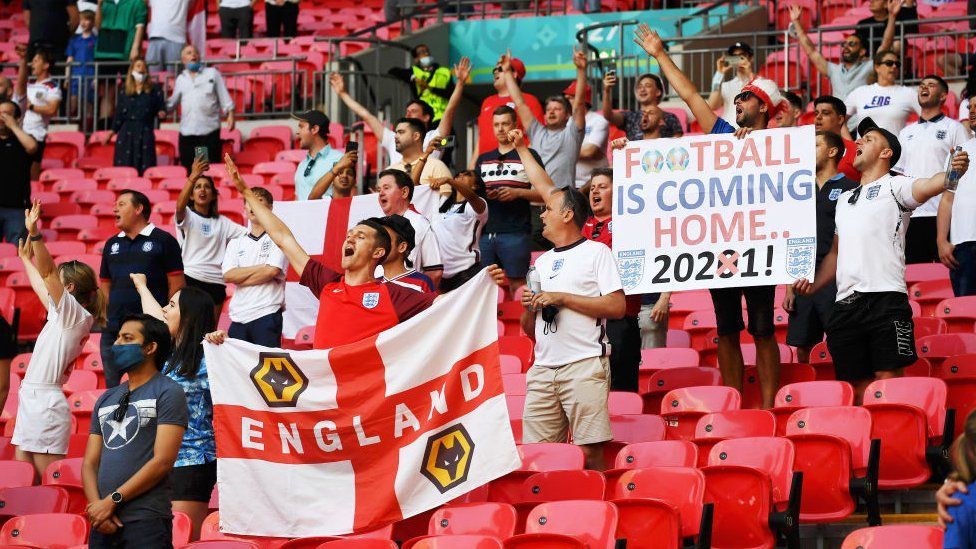 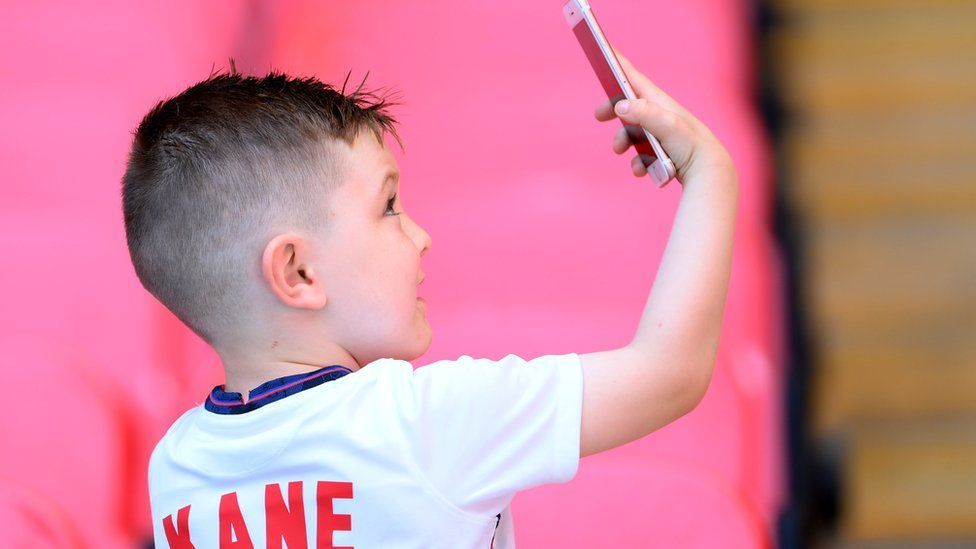 The first two matches, which take place before the 21 June lockdown easing date, are socially distanced and for key workers only. Tickets were allocated through a free public ballot.

Sunday's match was the third meeting between England and Croatia at a major tournament.

Croatia broke English hearts when they denied England a place in the World Cup final in 2018 after beating England 2-1 at the semi-final in Moscow.

England goalkeeper Jordan Pickford, who played in that game three years ago, described Euro 2020 as a "massive moment for the country".

This is England's 10th European Championship. No team but England has ever played as many games in the tournament without ever reaching the final.

Two other fixtures also took place on Sunday, with North Macedonia losing 3-1 against Austria in Bucharest and the Netherlands beating Ukraine 3-2 in Amsterdam.

Football supporters was left reeling on Saturday evening after Denmark's Christian Eriksen collapsed and needed emergency treatment on the pitch during his team's game against Finland.

The 29-year-old now remains stable in hospital and has sent his greetings to his national team-mates, Danish football officials said.