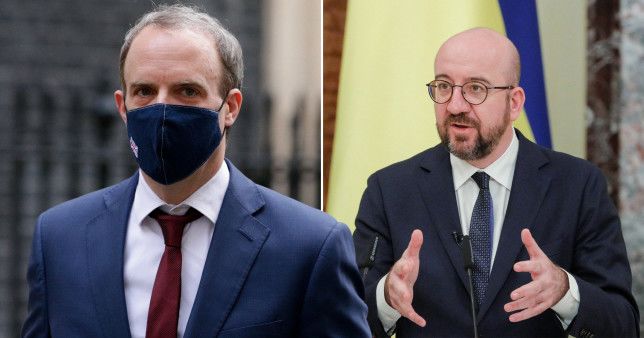 Dominic Raab has hit back at the European Council president after he claimed the UK imposed an ‘outright ban’ on Covid vaccine exports.

The Foreign Secretary wrote to Charles Michel this evening to ‘set the record straight’, claiming any references to Britain restricting jabs are ‘completely false’.

The EU chief accused the UK and the US of imposing export bans as he used a newsletter defending the bloc’s own vaccine rollout.

Responding in a letter, Raab insisted Downing Street ‘has not blocked a single Covid-19 vaccine or vaccine components’. He added: ‘We are all facing this pandemic together.’

In the latest display of post-Brexit turbulence, a representative of the EU’s delegation to the UK has been summoned to a meeting at the Foreign, Commonwealth and Development Office over the issue.

It is understood the decision was taken due to anger over the claim being repeated within the EU and the Commission, despite the UK correcting the record on each occasion. 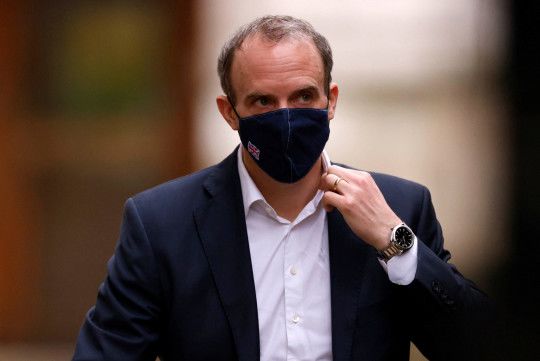 In a newsletter today Michel said he was ‘shocked’ when he heard allegations of vaccine nationalism levelled at the EU, saying: ‘The facts do not lie.’

He added: ‘The United Kingdom and the United States have imposed an outright ban on the export of vaccines or vaccine components produced on their territory.

‘But the European Union, the region with the largest vaccine production capacity in the world, has simply put in place a system for controlling the export of doses produced in the EU.’

A Government spokesman said: ‘The UK Government has not blocked the export of a single Covid-19 vaccine. Any references to a UK export ban or any restrictions on vaccines are completely false. 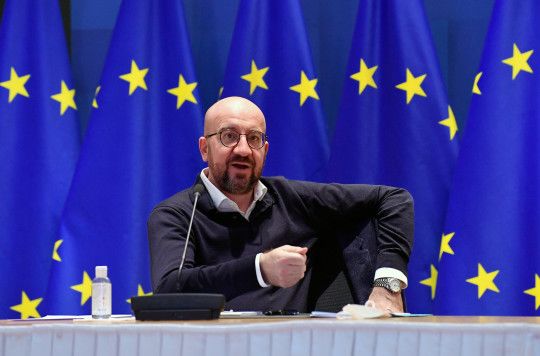 ‘This pandemic is a global challenge and international collaboration on vaccine development continues to be an integral part of our response.’

In January, the EU briefly attempted to trigger Article 16 of the Northern Ireland Protocol of the Brexit Withdrawal Agreement to impose controls on vaccines.

But it swiftly backtracked after coming in for widespread criticism over the move, which came as it faced significant pressure over delays to the rollout of its vaccination programme.

Both Germany and France have U-turned on their stance on not recommending the Oxford/AstraZeneca jab for people aged over 65.