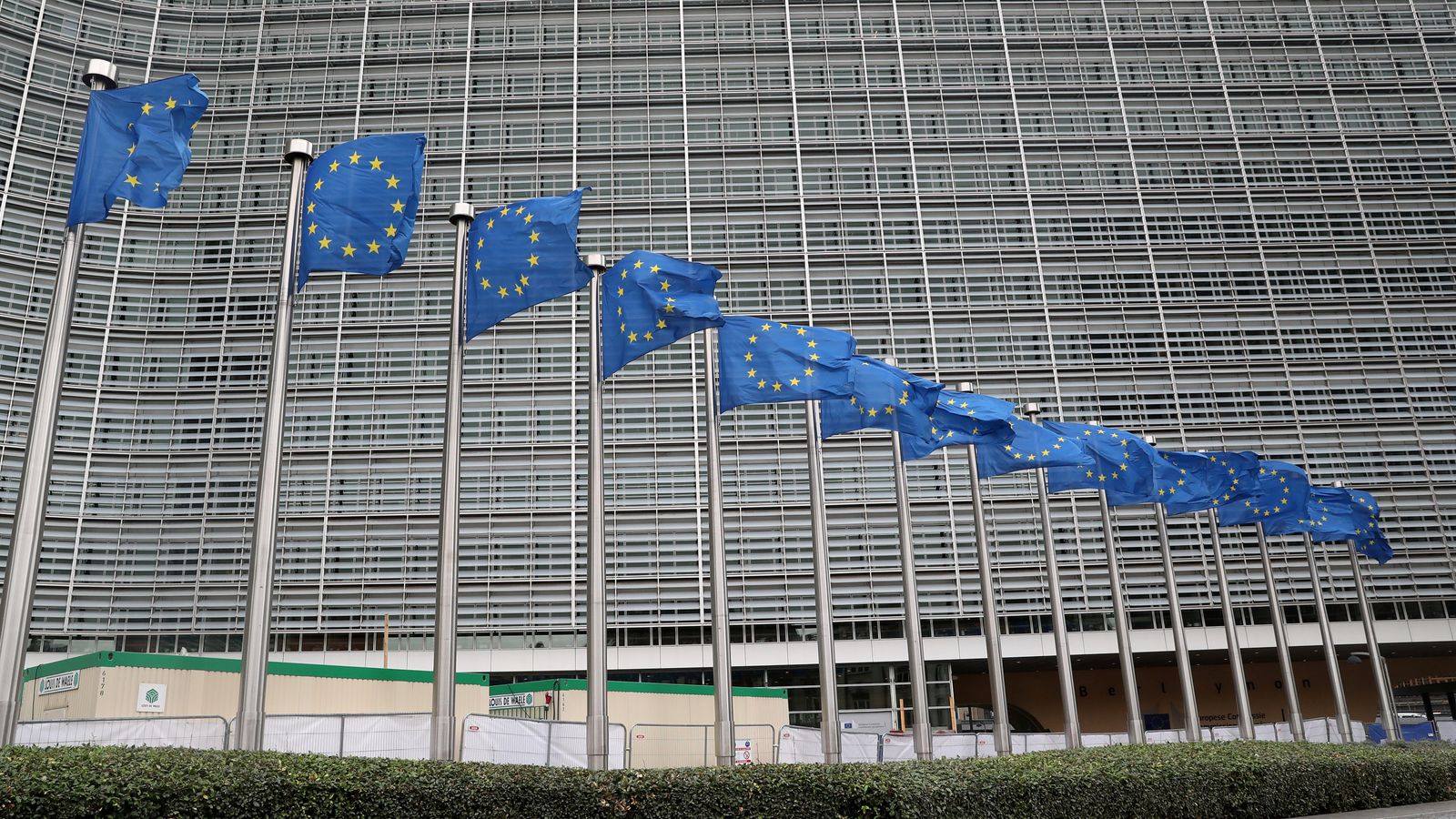 The European Commission imposes another round of penalties on banks relating to trading activities almost a decade ago.

The EU has fined banks, including Barclays, NatWest and HSBC, a total of €344m (£293m) for roles in a foreign exchange spot trading cartel via a chatroom named "Sterling Lads".

The European Commission said the UK-based banks agreed to settle the case, alongside UBS which avoided a penalty because it had blown the whistle on the activity. 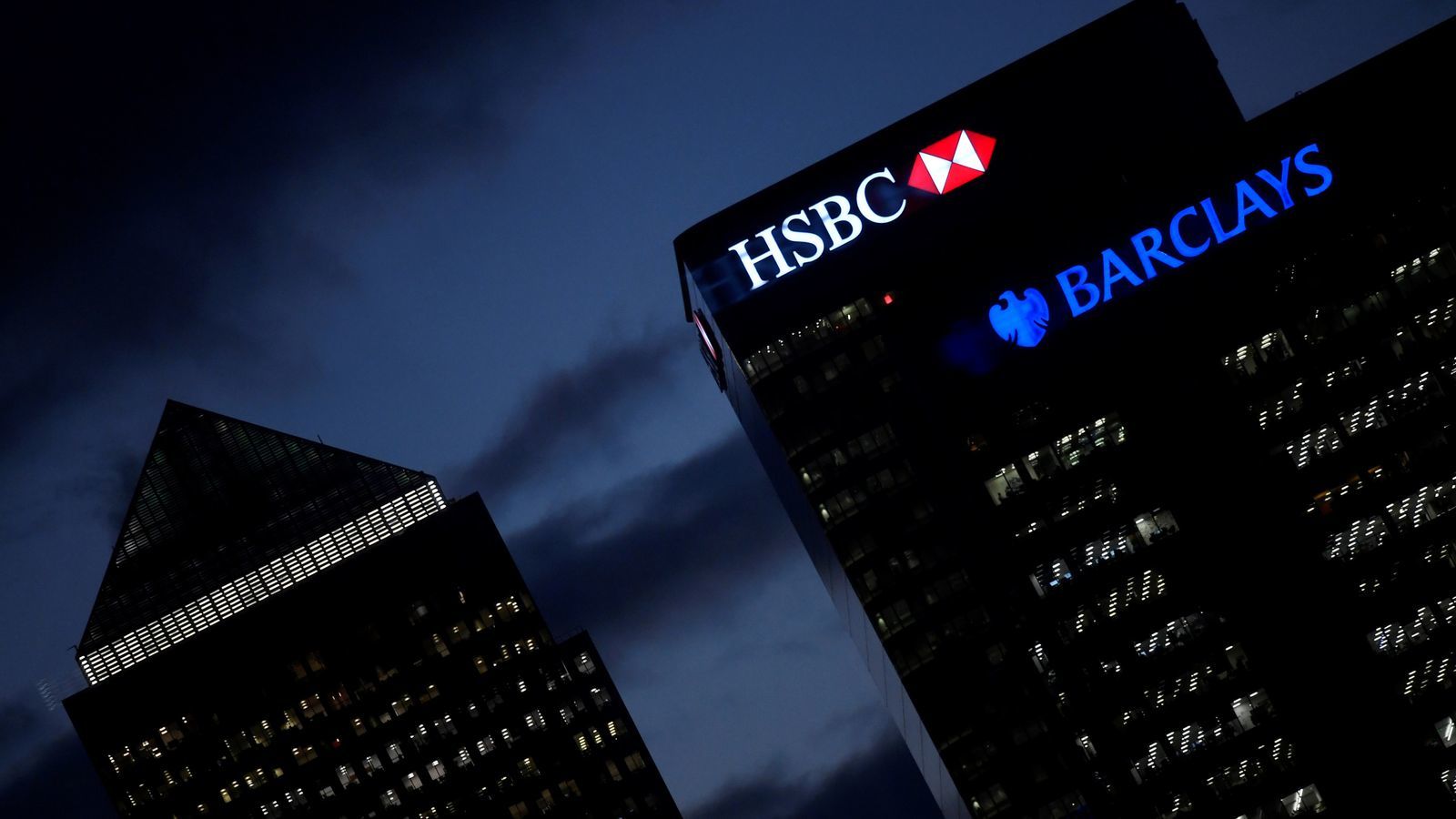 Both HSBC and Barclays have their headquarters at London's Canary Wharf

It responded to the fine by explaining that "serious misconduct" took place in a chatroom involving a former employee a decade ago.
Advertisement

The EU's competition regulator said the cartel had focused on forex spot trading of G10 currencies, which include the US dollar, euro and UK pound.

It found traders had exchanged sensitive information and trading plans and occasionally coordinated their trading strategies via the chatroom.

The action followed penalties for similar practices that were imposed against banks in 2019.

UK and US regulators had taken earlier action against them.

The Commission's competition chief, Margrethe Vestager, said: "Our cartel decisions to fine UBS, Barclays, RBS, HSBC and Credit Suisse send a clear message that the Commission remains committed to ensure a sound and competitive financial sector that is essential for investment and growth.

"Foreign exchange spot trading activities are one of the largest financial markets in the world. The collusive behaviour of the five banks undermined the integrity of the financial sector at the expense of the European economy and consumers." 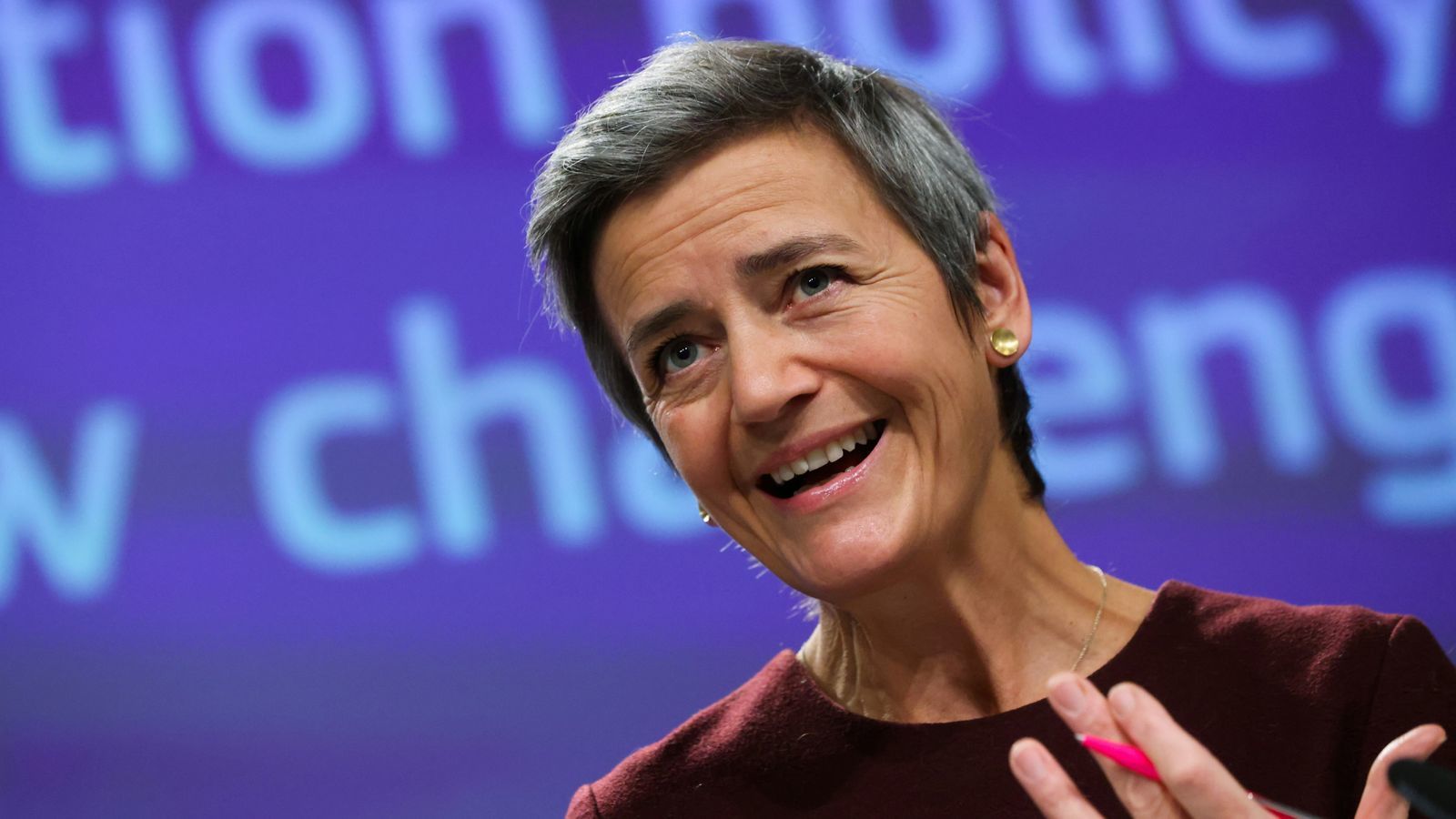 The fines are the latest to hit banks, which have received billions of pounds worth of penalties worldwide since the financial crisis of 2008 for the rigging of benchmarks used in many day-to-day financial transactions.

A NatWest spokesperson said of the penalty: "We are pleased to have reached this settlement regarding serious misconduct that took place in a single chatroom, and that involved a former employee of the bank, around a decade ago.

"It follows the settlements reached with UK, US and European authorities on similar issues.

"Our culture and controls have changed fundamentally during the past 10 years and this kind of behaviour has no place at the bank we are today."