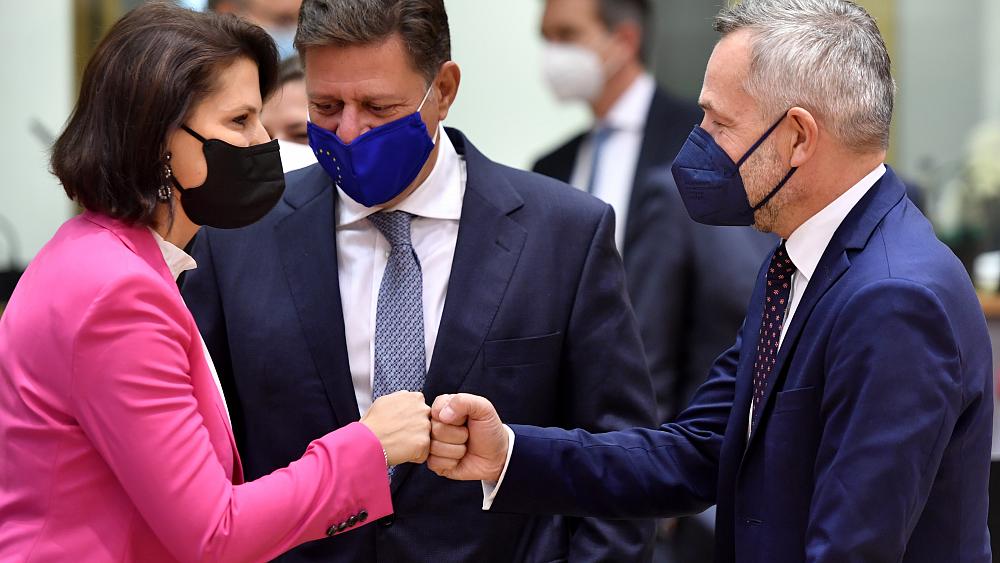 Diplomatic sources in Brussels told Euronews that the idea is under consideration, but is yet to be confirmed.

It all stems from an announcement last week by the US to enter a new alliance involving the UK that would deliver Australia at least eight nuclear-powered submarines.

It meant Canberra cancelled an existing contract with France for 12 diesel-powered submarines, something Paris called a "stab in the back"

France also recalled its ambassadors from the US and Australia.

On Monday, French Foreign Minister Jean-Yves Le Drian declared that there was a “crisis of trust” in the US.

EU European Affairs ministers who were meeting in Brussels on Tuesday put the issue on their agenda despite it normally not falling within their remit.

Ireland's representative Thomas Byrne told Euronews following the meeting that it could be seen as a major shift.

"The tone was I suppose, disappointment, that one of our colleagues had to feel in this way about this particular issue," Byrne said. "It's such a difficult issue where we see traditional alliances, in some ways, torn apart or certainly changed fundamentally.

"We saw that with Brexit, we perhaps see this here. And I think the general consensus around the table around the general affairs council was that it will certainly require further discussion at a Europe level."

The EU-US Trade and Technology Council (TTC) was announced in June and was meant to signify a new era of cooperation between the two sides following the tumultuous years of the Donald Trump presidency.

According to the European Commission, the TTC "will serve as a forum for the United States and European Union to coordinate approaches to key global trade, economic, and technology issues and to deepen transatlantic trade and economic relations based on shared democratic values."