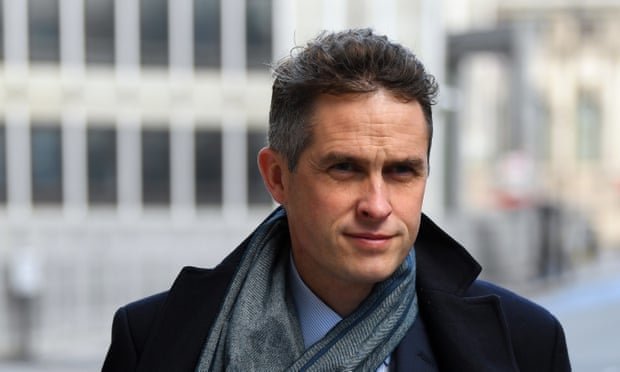 Plans for millions of pupils in England to begin a staggered return to school from next week hang in the balance as a debate rages within the government over the risk of a surge of infections, with the NHS already buckling under the strain.

The education secretary, Gavin Williamson, is understood to be mounting a “rearguard action” against what one source described as “senior colleagues” who have been alarmed by advice that reopening schools will make it impossible to keep the R rate below one.

Opposition to schools reopening next week is also growing from teaching unions. The UK’s largest has said the reopening of schools in England should be delayed for at least two weeks amid mounting concern about the new strain of Covid-19 spreading from London and the south-east.

The pressure grew as NHS England said it had a record 20,426 people in hospital being treated for Covid-19 as of 8am on Monday, surpassing April’s peak of 18,946. Health officials in Wales and Scotland have also said they fear becoming overwhelmed.

Williamson’s allies have been consulting MPs to see if they may publicly come out in favour of schools opening on time. He is understood to be raising concerns about the effect on summer exams in England if more learning hours are lost.

He has privately emphasised he believes school leaders would find it difficult to reopen schools again after a short closure because of the impact on parent and teacher confidence. The Department for Education has said the return to schools is being kept “under review”.
The Cabinet Office minister, Michael Gove, said the government was still confident of its timetable, though he admitted school reopenings involved “trade-offs” with other coronavirus restrictions. There have been reports that the government was advised by the Scientific Advisory Group for Emergencies (Sage) that keeping schools open in January would make it impossible to keep the R number below 1.

New figures recorded on Monday showed there had been 87,000 deaths involving Covid-19 in the UK. A further 357 people have died, as cases across the UK rose by 41,385 – the highest daily total for new infections.

Gove said he expected year 11 and year 13 pupils to go back to classrooms next week, with the others returning later in the month and all schools with secondary-age pupils “being offered the opportunity” to roll out a mass testing regime from 4 January.

“Teachers and headteachers have been working incredibly hard over the Christmas period since schools broke up in order to prepare for a new testing regime – community testing – in order to make sure that children and all of us are safer,” he told Sky News. “We do keep things under review but that is the plan.”

Boris Johnson has previously refused to rule out further school closures, telling a Downing Street press conference before Christmas he wanted schools to reopen “if we possibly can”.

But headteachers, including those who had spent much of the Christmas break working on how the testing would operate on site, said there was still confusion about how the flagship plan, designed to provide assurances, would work.

“I have no idea how we are going to manage it – there is no clear detail. A DfE webinar on 23 December just quoted from the handbook which landed with us as we broke up,” said Rebecca Poole, the headteacher of Hampton High in London.

Teaching unions called for the publication of updated safety guidance in light of the rapid spread of a new variant and moves to give staff priority access to the vaccine.

“Our worry is that they won’t make the right decision today and do what they have done all the way through the pandemic, which is to take an ideological line and get schools back before the testing programme can be properly put in place,” said Mary Bousted, the joint general secretary of the National Education Union (NEU).

“Many schools will still not be operating the testing programme if they are to open again on 4 January. Then in two or three weeks we would have to go into a longer shutdown as a result.”

While industrial action is not an option, she said the NEU would be strongly advising members that they have a legal right to work in a safe environment.

The general secretary of the NASUWT union, Patrick Roach, wrote to the education secretary to ask that schools be allowed to move to remote learning for all pupils, except those deemed to be vulnerable or the children of key workers, in the highest-tier areas. Roach called for teachers and other staff to be given priority access to the Covid-19 vaccines.

Government deliberations are expected to be influenced by two preprint studies that suggest closing schools is inevitable, including an analysis from London School of Hygiene & Tropical Medicine researchers who modelled the impact of the fast-spreading UK variant of Sars-CoV-2, – the virus that causes Covid-19.

They found that the only scenario that reduced the peak intensive care burden below the levels of the first wave was to impose the tier 4 system across England after Boxing Day and close schools until the end of January, as well as vaccinating 2 million people a week.

“If our parameter estimates are correct … it seems like [tier 4] alone isn’t enough, so something else might need to be done on top of that. And we’ve looked at school closures because that’s sort of the next obvious thing to do on top of those restrictions,” said the lead researcher, Dr Nick Davies, who is a member of the Scientific Pandemic Influenza Group on Modelling (SPI-M), which feeds into Sage.

Susan Michie, a professor of health psychology at University College London and a member of the Scientific Pandemic Influenza Group on Behavioural Science, a Sage subcommittee, said emerging data suggested transmission rates were going up everywhere, hospitals were being overwhelmed and thus the only way forward was a national lockdown, including the closure of schools.

“The government also needs to listen to Sage advice about what needs to happen to make schools safe,” she said.

The Scottish government has said schools in Scotland will only reopen fully on 18 January if the spread of the new strain is managed. In Wales, the majority of pupils are due to have face-to-face teaching again by 11 January.

Robert Halfon, the chair of the education select committee, also said teachers should be given priority for vaccinations to help keep schools open. “When these decisions are made, the risks should also be measured of children being kept at home, the risk to their learning, their mental health and safeguarding, as well as the pressures on parents and their work and mental health.”

Meanwhile, parliament is to extend its recess for an extra week, amid concerns about MPs travelling across the country after the Christmas break. MPs are expected to vote on the extension – which will last until 11 January – when the house is recalled on Wednesday to vote on the EU trade and security agreement.

The shadow education secretary, Kate Green, said parents would be anxious about reports that government scientific advisers had lobbied for extended school closures.

“The government is failing to be honest with parents and pupils about the return of schools in January,” Green said, but stopped short of calling for a delay to the restart.

A government spokesman said: “We want all pupils to return in January as school is the best place for their development and mental health, but as the prime minister has said, it is right that we follow the path of the pandemic and keep our approach under constant review.”