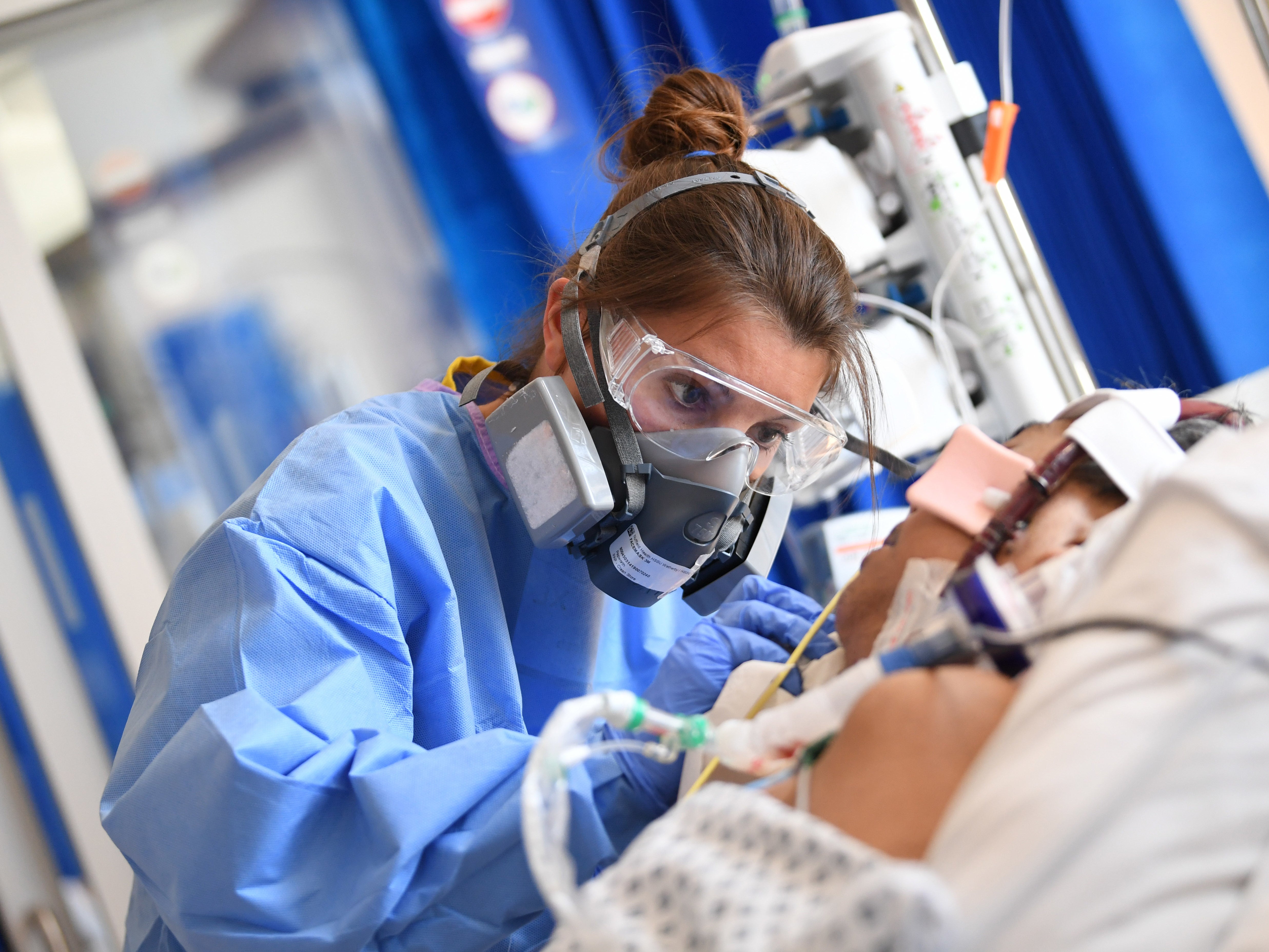 England’s hospitals now have more coronavirus patients than at any other point in the pandemic, leaked NHS figures have revealed.

It means the health service is now under more strain from Covid-19 than at any other point as the new, more transmissible, variant of the virus has sent infections soaring to record levels.

More than 41,000 new infections were reported on Monday, ahead of a decision expected on Wednesday on whether tier restrictions should be tightened further.

The latest NHS England data, shared among NHS bosses, and seen by The Independent, reveals that across all NHS settings, there were 20,407 coronavirus patients being treated by the NHS on Monday, compared to a 12 April peak of 18,974.

In London, cases have surged to 4,957 patients – an increase of 47 per cent in a week and up more than 200 per cent since the end of the second national lockdown on 2 December.

Across the capital, hospitals have declared major incidents and cancelled operations while ambulances have been delayed for up to six hours outside some A&E departments, as NHS bosses issued a “call to action” to staff to work extra shifts in the coming weeks.

The Independent has learned that the situation in the capital prompted some senior hospital bosses to request the NHS publicly declare a major incident in a conference call with London’s regional medical director, Dr Vin Diwakar.

He refused, arguing that the NHS was already operating at its highest level of incident management, but some executives feel more needs to be said publicly about how hospitals are struggling.

One said: “The public has a right to know how bad things are and whether they need to change their own behaviour.”

Another senior figure at an NHS trust told The Independent: “It's quite astonishing. The numbers are now worse than the first wave, and yet we have a laissez-faire response from the NHS London team.”

During the call, on Saturday night, NHS England’s London regional team asked hospitals to make extraordinary efforts to create new bed spaces in any clinical areas to speed up the offloading of ambulances. 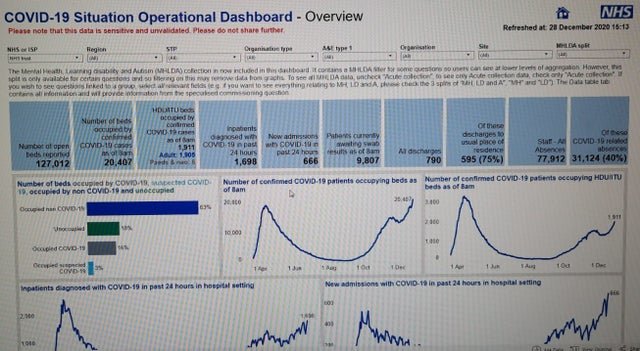 It followed a desperate message to NHS trust chairs at the weekend by the London Ambulance Service chair, Heather Lawrence, who said the service was fielding more than 450 calls an hour – similar to New Year’s Eve everyday.

She told them: “We have ambulances queuing for hours (four plus) at your hospitals,” adding that leaving paramedics waiting at hospitals exposed them to risk from coronavirus and it meant other people could be deprived of an ambulance.

She added: “It is not melodramatic to say that this will get worse. We have collateral support from other ambulance services and the London Fire Brigade.” But she said this may be taken away as the pressure on services spreads.

She said it was “time to act” adding hospitals needed to open up more beds and she urged hospital trust chairs to “ask difficult questions” of their chief executives.

One NHS source said in response: “I think the combination of winter, Covid, the bank holidays and staff shortages due to isolating have created a perfect storm where the NHS in London is teetering on the edge.

“I think that message is incredibly naive and incredibly shortsighted and seeks to place the onus on acute trusts when we now need a whole system response including primary care and community services standing up to share the load.”

The London Ambulance Service said it was receiving up to 8,000 calls a day compared a usual 5,500 “busy day” with Boxing Day being one of its busiest days ever.

It has also asked staff with clinical skills to redeploy to the frontline.

The pressure is being felt on hospitals too with many cancelling operations and redeploying staff.

In Woolwich, the Queen Elizabeth Hospital declared a major incident on Sunday and had to divert patients over fears its oxygen supply to wards could not cope with the demand.

NHS England has written to all hospital staff asking them to work extra shifts over the next three weeks when cases will peak before falling as a result of the tier 4 restrictions.

At the Royal London Hospital on Sunday night there was a queue of ambulances waiting to offload patients with some patients forced to wait in their own car with their registration number used to help doctors locate them.

One nurse from the hospital said there were as many as 45 patients waiting outside the hospital on Sunday night.

The nurse, who has been caring for patients on wards at the hospital, told The Independent that the last few weeks had been hard.

“Most shifts we are short of staff and its harder to get bank or agency staff to come and work on a Covid ward, I totally understand why, but it does make it harder.”

The nurse, who spoke on condition of anonymity, said nurses were working hard, often without breaks.

“We end up not having breaks because there isn’t enough time to fit everything in. You try to keep your patients safe but that comes at the cost of not having breaks. We try to have our lunch but sometimes that’s spent at the computer doing notes.”

“It is exhausting, I’ve not been sleeping well."

Asked what she would want to tell the public, the nurse said: “Wear a mask and try not to travel as much. When I finish a shift and get on the tube I see lots of people who sit there and take their mask off or put it below their nose, it’s really disheartening when you’ve just been nursing Covid patients for 12 hours.”

Dr Vin Diwakar said: “The NHS is already operating at the highest incident level, which enables us to respond as quickly and effectively as possible to the challenges of the pandemic, and London’s NHS is under significant pressure from high Covid-19 infection rates and non-Covid winter demands, with staff in all services going the extra mile and we are opening more beds to care for the most unwell patients.

“It is more important than ever that Londoners follow government guidance and do everything possible to reduce transmission of the virus.”