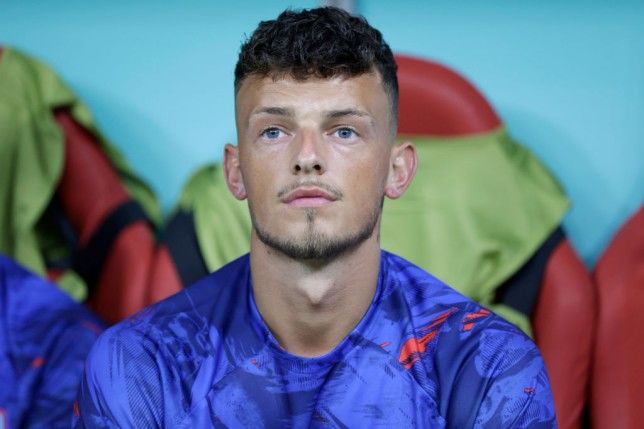 ‘The Arsenal defender is not expected to return to the squad for the remainder of the tournament.

‘We ask that the player’s privacy is respected at this moment in time.’

The 25-year-old did not appear in any of England’s three group stage games as they booked their place in the knockout stage with wins over Iran and Wales and a draw with USA.

The Arsenal defender has enjoyed an excellent season so far, starting 14 Premier League games for the Gunners as they sit top of the table.

Arsenal tweeted in response to the statement: ‘We’re all with you, Ben.’

A replacement cannot be called up at this stage, so England will continue with a 25-man squad in Qatar as they prepare to take on Senegal in the last 16 on Sunday.

Gareth Southgate still has plenty of options at centre-back, with Harry Maguire and John Stones starting all three games in the heart of defence so far.

The Three Lions boss also has Eric Dier and Conor Coady at his disposal, while Kyle Walker has also played as one of three centre-backs for England in major contests in the past.

Declan Rice could also be drafted into the middle of defence in emergencies if required.
Add Comment