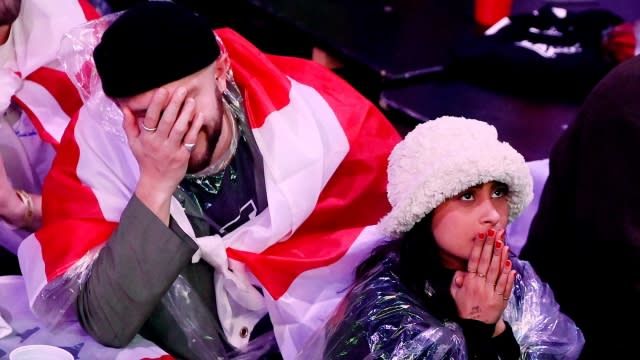 Fans watched as England are knocked out of the World Cup after losing to France.

England fans in Leeds, London and Al Khor watched as their team was knocked out of the World Cup in Qatar, losing to France 2-1 in the quarter finals.

Team Captain Harry Kane missed a penalty ten minutes before the end of the match.