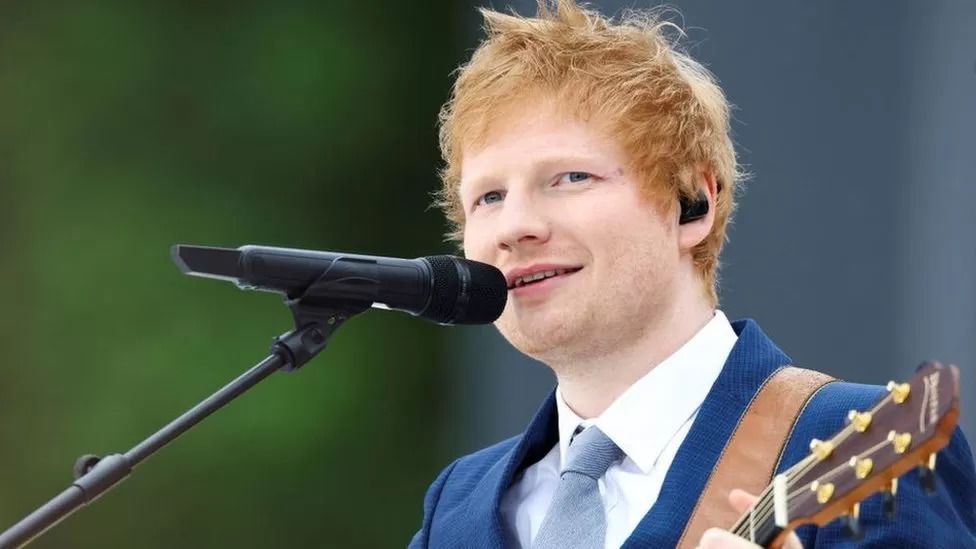 A hacker who stole two unreleased songs from Ed Sheeran and sold them on the dark web has been jailed for 18 months.

Adrian Kwiatkowski traded the music by Sheeran and 12 songs by rapper Lil Uzi Vert in exchange for cryptocurrency.

The 23-year-old, from Ipswich, managed to get hold of them after hacking the performers' digital accounts, the Crown Prosecution Service said.

Ipswich Crown Court heard that when the defendant's Apple Mac laptop was searched, 565 audio files, including the songs by Sheeran and Vert, were uncovered.

An investigation was initially launched by US authorities in 2019.

It came after the management of several musicians reported to the New York District Attorney that someone known online as Spirdark had hacked a number of accounts and was selling the content.

The investigation linked the email address used to set up Spirdark's cryptocurrency account to Kwiatkowski. His home address in the UK was also linked to an IP address used to hack one of the devices.

The case was then referred to the City of London Police and Kwiatkowski was arrested in September 2019.

According to police, seven devices, including a hard drive that contained 1,263 unreleased songs by 89 artists, were seized.

A document saved on the hard drive summarised the method he had used to obtain them along with a stash of Bitcoin which was seized.

"He selfishly stole their music to make money for himself by selling it on the dark web," she said.

"We will be pursuing ill-gotten gains from these proceeds of crime."

He also admitted receiving bitcoin cryptocurrency for the songs.

Detective Constable Daryl Fryatt said Kwiatkowski was highly skilled but it was unfortunate he used his talents unlawfully.

"Not only did he cause several artists and their production companies significant financial harm, he deprived them of the ability to release their own work," he added.

"This individual executed a complex scheme to steal unreleased music in order to line his own pockets," he said.