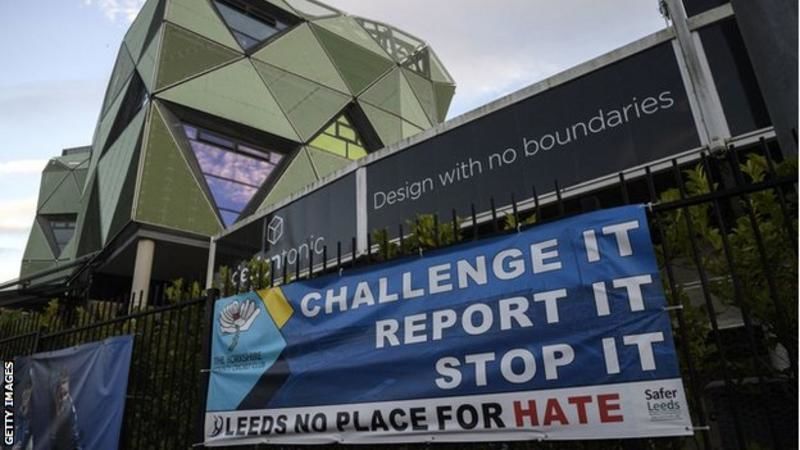 Charges have been brought against "a number of individuals" by English cricket's governing body in relation to allegations of racism at Yorkshire.

The accused, who have not been named, could be banned or fined by the England and Wales Cricket Board.

Yorkshire itself has also been charged with breaching the anti-racism rules.

"In matters of this nature, our normal practice is not to identify individuals charged at this stage," said the ECB.

Yorkshire said the "allegations relate to charges as far back as 2004 up until 2021".

In a statement, the County added: "The club will need the cooperation of those in position during this time in order to fully consider and respond to the matters raised."

Since Rafiq's accusations became public, 16 members of staff have left Yorkshire in a widespread overhaul of its senior leadership.

The ECB said it had carried out a "thorough and complex" investigation to establish the grounds for the charges against both the county and the individuals involved.

It said the charges arose from alleged breaches of a directive regarding "conduct which is improper or which may be prejudicial to the interests of cricket or which may bring the ECB, the game of cricket or any cricketer into disrepute" and its anti-discrimination code.

The governing body expects hearings to take place in September or October and for the outcome of each case to be published after decisions are reached.

"It is standard practice for the cricket discipline commission disciplinary panel to publish its decisions and written reasons in full following the hearing," the ECB added.

"I welcome today's announcement by the ECB and hope we can move to the hearing quickly," said Rafiq.

"This has been another gruelling but unfortunately necessary process. It has been a long two years since I went public about my experiences, but I hope this all means that no young player ever goes through such pain and alienation again.

"My preference would be for this hearing to take place publicly, but I am hopeful that we are at least nearing a point where there will be some sense of closure for my family and me."

BBC Sport understands Rafiq is himself likely to be charged at a later date over historical anti-Semitic posts on social media.

Rafiq apologised and said he was "deeply ashamed" for using the language in Facebook messages in 2011, which emerged after his appearance in front of the Digital, Culture, Media and Sport select committee.

How did we get here?

Rafiq gave an interview to ESPN Cricinfo in September 2020 alleging "institutional racism" at Yorkshire had left him close to taking his own life.

Yorkshire launched "a formal investigation" in response and, a year later, an independent panel upheld seven of the 43 allegations made by Rafiq.

However the panel's report was not published and no player, employee or executive faced disciplinary action as a result of its findings.

The outcome sparked widespread criticism and in November 2021 the ECB suspended Yorkshire from hosting international matches at Headingley "until it has clearly demonstrated that it can meet the standards expected".

When approached by BBC Sport, the ECB declined to name any individuals charged.

Former Yorkshire and England captain Michael Vaughan, who works as a pundit for BBC Sport and others, revealed he had been accused of making racist comments to Rafiq and others players, but has repeatedly denied the claims.

Vaughan told the BBC he never made racist comments while at the county. He admitted regret at some tweets he had sent in the past.

Later in November, Rafiq gave details of the racist abuse he suffered to a committee of MPs, claiming captain Gary Ballance and bowler Jack Brooks had used racist nicknames for team-mates.

Rafiq also mentioned the attitudes of Tim Bresnan, Andrew Gale and Matthew Hoggard towards him at the club.

Bresnan has denied "frequently making racist comments", saying it is "absolutely not true."

The ECB has not named those charged.

Rafiq's testimony has been backed by others.

Ex-Pakistan seamer Rana Naved-ul-Hasan said he had encountered the same prejudice during his two stints with the county while former Yorkshire academy players Irfan Amjad and Tabassum Bhatti have also shared their experiences of racism.

In December, head coach Gale and director of cricket Martyn Moxon were among 16 people to leave the club.

The ECB announced a wide-ranging review into racism in the sport and appointed a Muslim inclusion advisory body to help their reforms on Tuesday.

Headingley returned to the international fixture list in March after members voted through reforms to the county's leadership structure. It will host the third and final Test against New Zealand next week.