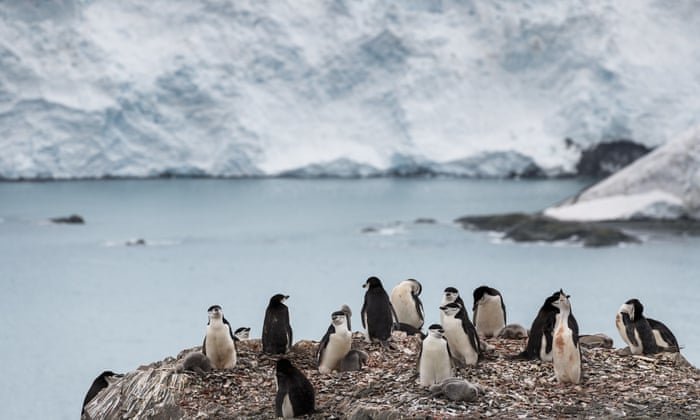 Average global temperature was 2.5F above 20th-century average, Noaa figures reveal – an indication of the gathering pace of the climate crisis
Last month was the hottest January on record over the world’s land and ocean surfaces, with average temperatures exceeding anything in the 141 years of data held by the National Oceanic and Atmospheric Administration.

The record temperatures in January follow an exceptionally warm 2019, which has been ranked as the second hottest year for the planet’s surface since reliable measurements started. The past five years and the past decade are the hottest in 150 years of record-keeping, an indication of the gathering pace of the climate crisis.

According to Noaa, the average global land and ocean surface temperature last month was 2.5F (or 1.14C) above the 20th-century average. This measurement marginally surpassed the previous January record, set in 2016.

A pulse of unusual warmth was felt across much of Russia, Scandinavia and eastern Canada, where temperatures were an incredible 9F (5C) above average, or higher. The Swedish town of Örebro reached 10.3C, its hottest January temperature since 1858, while Boston experienced its hottest ever January day, at 23C (74F).

Meanwhile, the Antarctic has begun February with several temperature spikes. The southern polar continent broke 20C (68F) for the first time in its history on 9 February, following another previous high of 18.3C just three days previously. Scientists called the readings “incredible and abnormal”.

The world’s governments agreed in 2015 to keep the global temperature increase to well below 2C, compared with the pre-industrial era, in order to stave off disastrous flooding, food insecurity, heatwaves and mass displacement of people.

However, planet-warming emissions from human activity are not showing any sign of decline, let alone the deep cuts needed to meet the 2C goal and address the climate crisis. According to scientists, the world must halve its emissions by 2030 to stand any chance of avoiding disastrous climate breakdown.
Add Comment