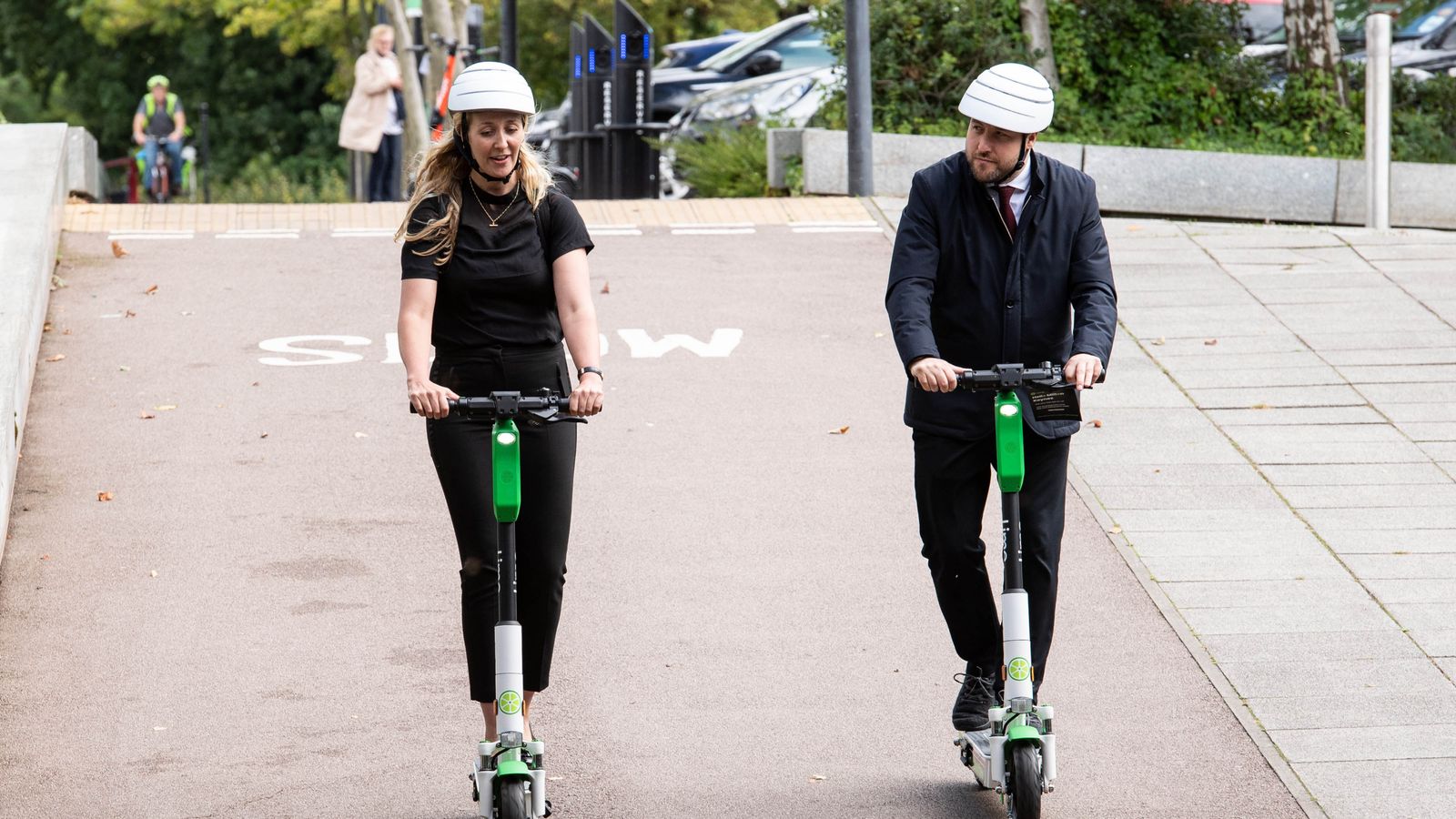 The trial involves rental e-scooters, while those which are privately-owned will remain illegal to use on roads and pavements.

Electric scooters will be allowed on London's roads next month as a long-awaited trial of the devices is set to launch in the capital.

Transport for London (TfL) has confirmed a 12-month trial of rental e-scooters, letting people ride the vehicles on roads and cycleways in several boroughs, will begin on 7 June.

It follows trials in more than 40 towns and cities across the country as the government considers whether to legalise e-scooters on UK roads.

The trials have been met by criticism from some, with concerns about the devices being ridden illegally on pavements and after a spate of drink-driving arrests. 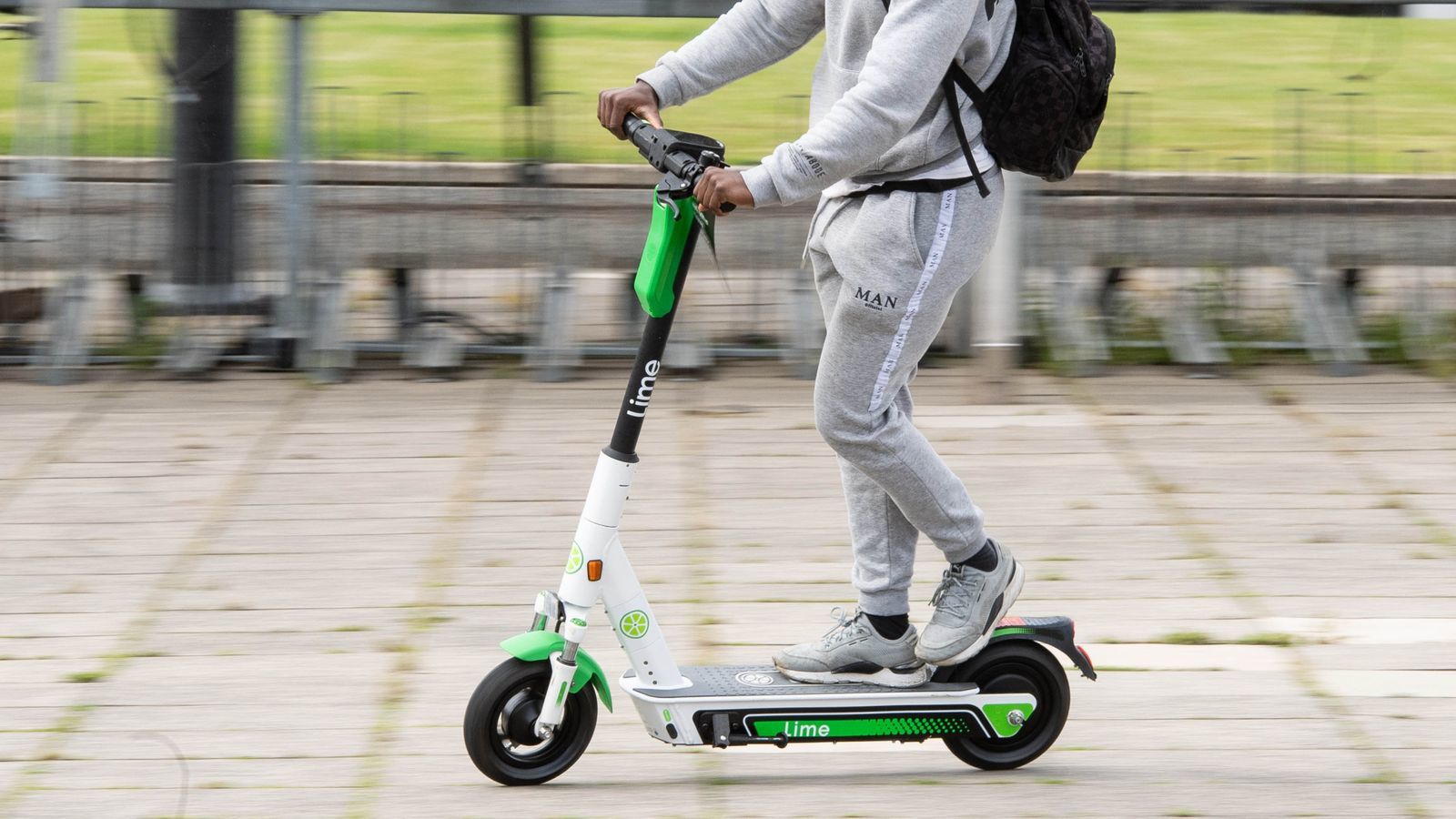 Lime is currently running an e-scooter trial in Milton Keynes

Figures first reported by Sky News showed more than 70 people have been injured during the government's e-scooter trials since they launched last year, up to 25 March - including 11 people who were seriously hurt.

Privately-owned e-scooters, which are widely available to buy online, are illegal to use on public roads, cycle lanes and pavements.

But rental e-scooters can be ridden on roads or cycle lanes in areas taking part in the government's official trials.

YouTube star Emily Hartridge was the first e-scooter rider to be killed in the UK in July 2019 after she crashed while riding a privately-owned device in Battersea, southwest London. 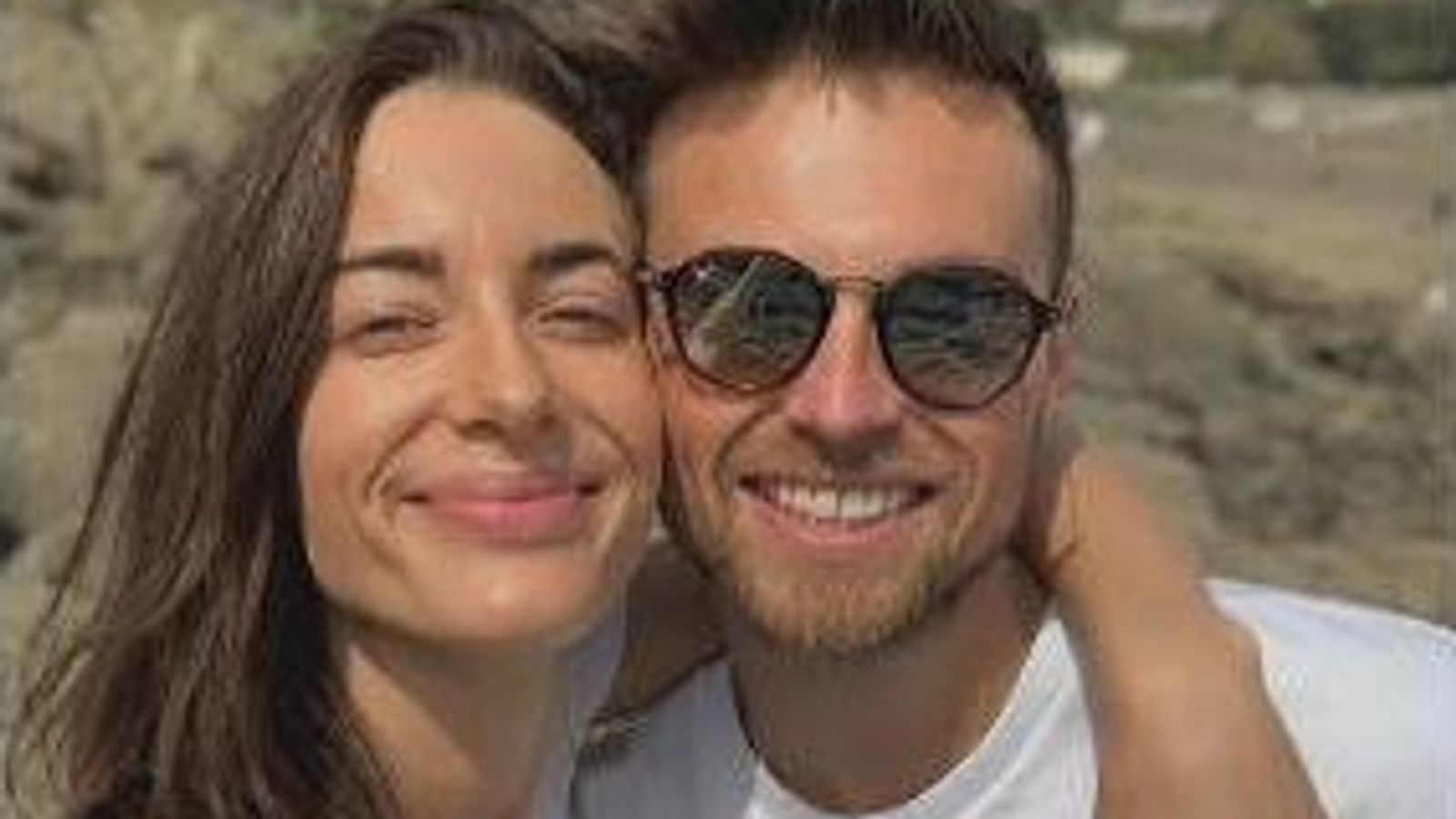 Emily Hartridge, who died in a crash as she rode an e-scooter, pictured with her boyfriend Jake Hazell

Earlier this month, the sister of a six-year-old boy who suffered a fractured skull after being hit by an e-scooter rider in Leicester called for a ban on the devices for under-21s.

TfL said "safety will be at the core of the trial" and the standards required "will go further than those set out at a national level".

People renting e-scooters need to have a full or provisional car, motorcycle or moped licence, and they have been urged to wear a helmet but it is not mandatory.

The devices will be limited to a maximum speed of 12.5mph in the capital and they must have front and rear lights that are always switched on.

Riders will also have to take an e-learning safety course before they hire for the first time.

The cost of renting the e-scooters has not yet been revealed, but TfL said the companies involved in the trials must ensure their prices "take into account the needs of people on lower incomes".

It also said discounts must be offered to key workers "where appropriate".

Rides in other cities typically cost £1 to unlock an e-scooter plus a fee of 14p-20p per minute. 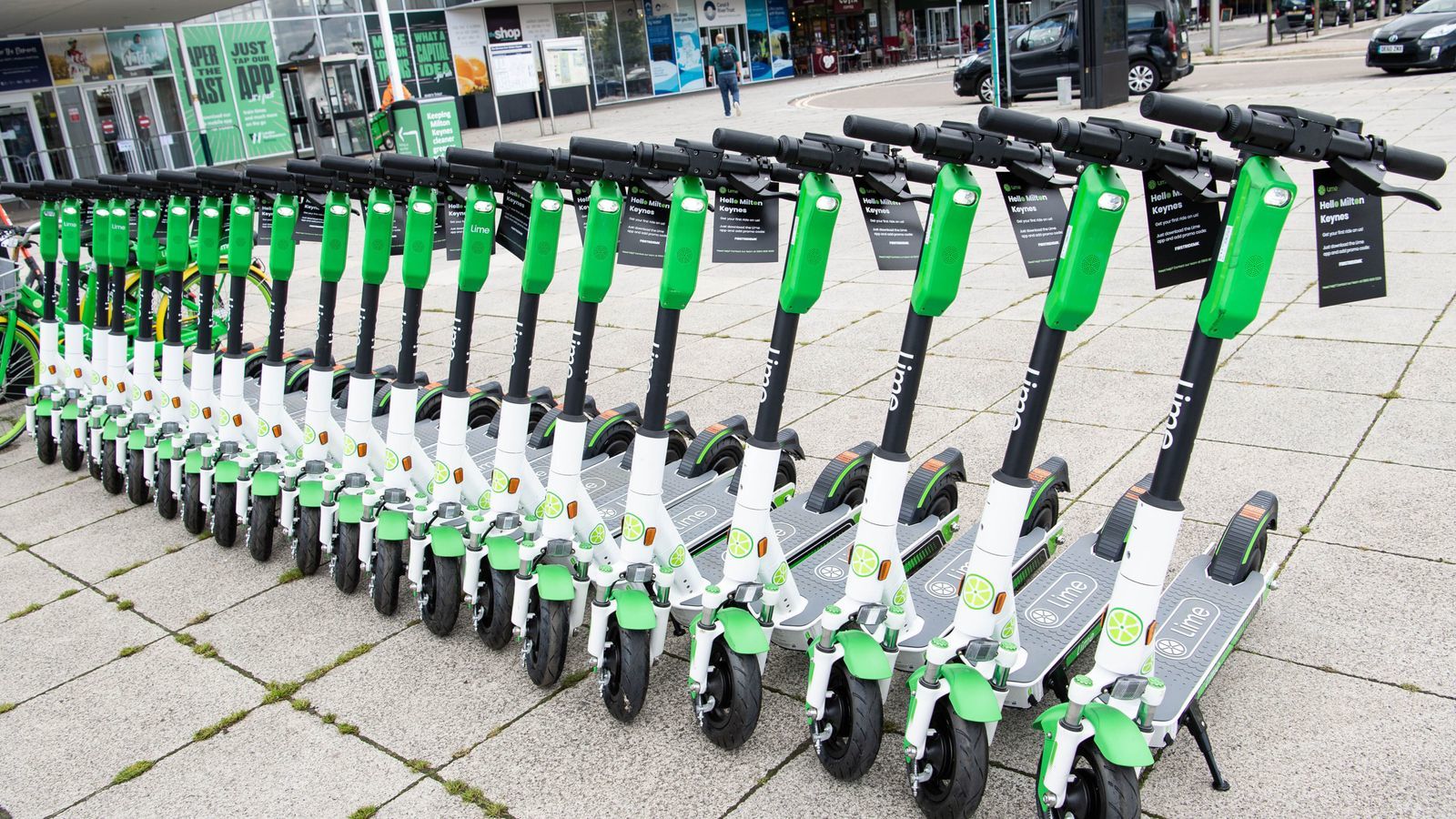 TfL said 'safety will be at the core of the trial'

The London boroughs and areas taking part in the e-scooter trial are Ealing, Canary Wharf in Tower Hamlets, the City of London, Hammersmith and Fulham, Kensington and Chelsea and Richmond upon Thames.

Between 60 and 150 e-scooters will be available to rent in each borough but this may increase during the trial, TfL said.

People renting e-scooters can also travel through the rest of Tower Hamlets but they cannot start or end their rides there, it added.

Lambeth and Southwark are planning to take part in the trial in the future, TfL said.

E-scooter companies Dott, Lime and TIER have been chosen to operate the pilot scheme by TfL and London Councils, which represents the city's local authorities. 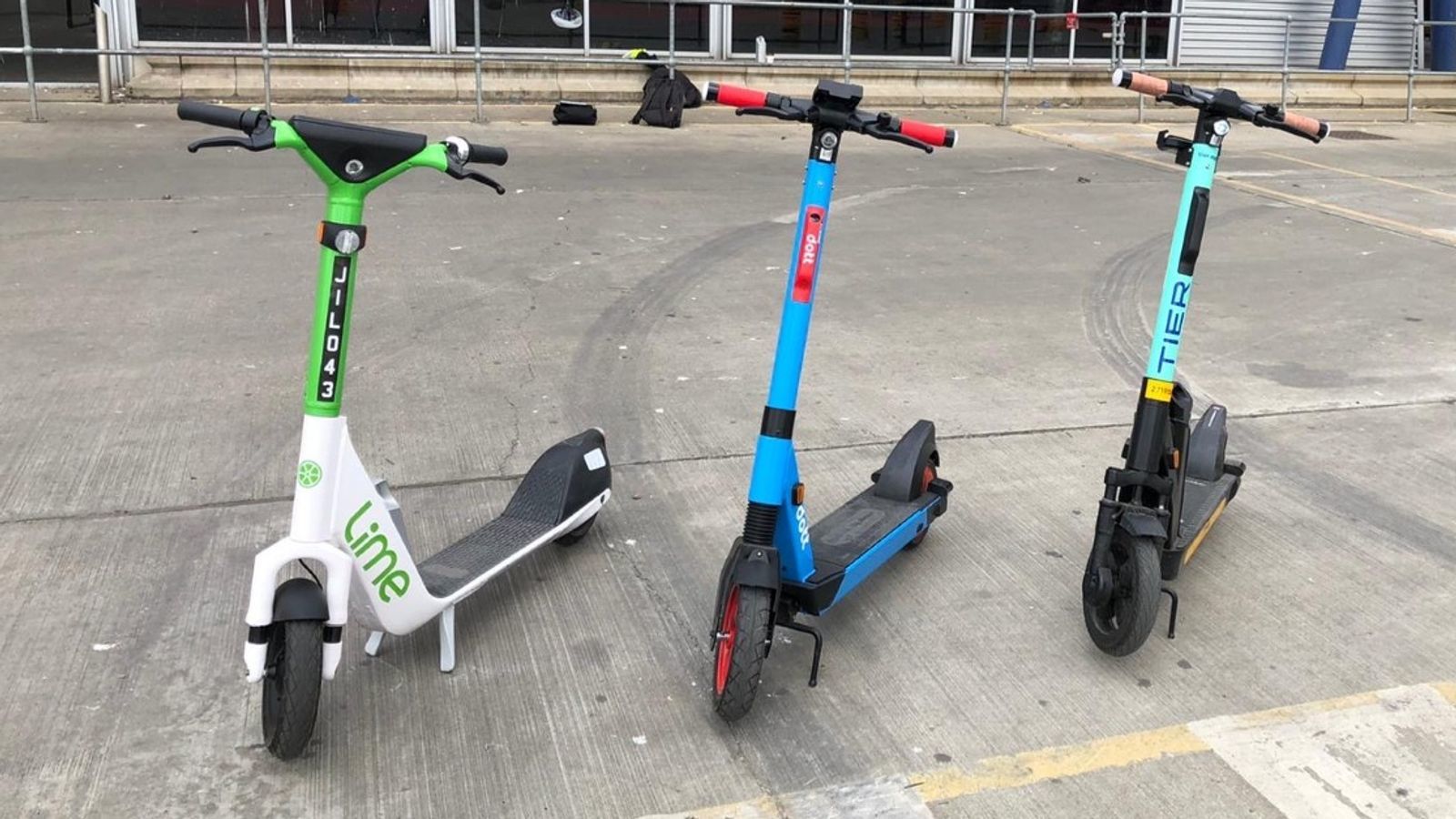 Trials of e-scooters will begin in London from 7 June

Will Norman, London's walking and cycling commissioner, said: "We want to ensure a green, sustainable recovery from coronavirus, and e-scooters are an alternative to cars that could help with this.

"The safety of those using e-scooters, as well as other road users and pedestrians, is absolutely paramount, so it's important that they are trialled in this rigorous way to ensure high standards.

"We look forward to exploring the role that e-scooters could play in London's future."