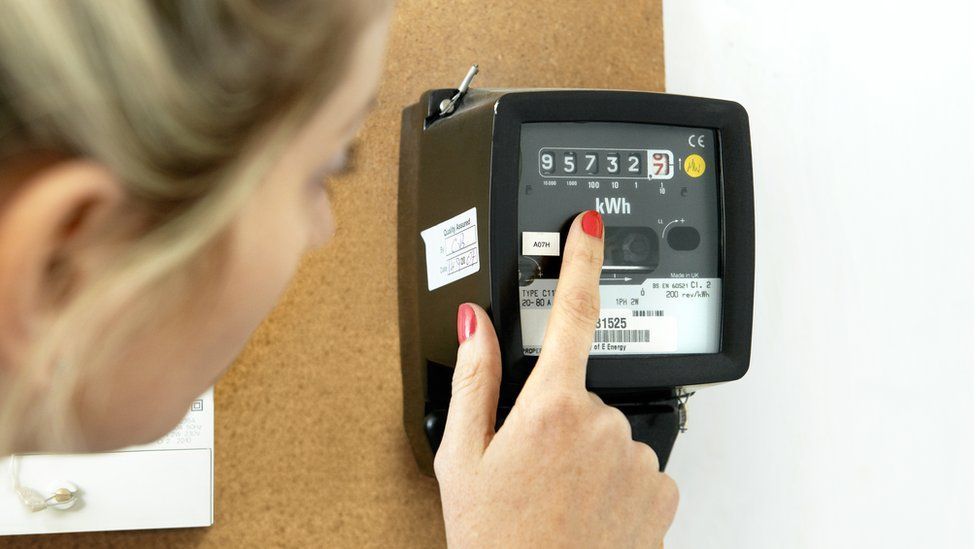 One of the UK's biggest energy suppliers has warned that up to 40% of its customers will be in fuel poverty by October as it called on the government to help struggling homes.

E.On UK boss Michael Lewis said the rise in energy prices is "unprecedented" and a growing number of its customers are in arrears.

The government is facing calls to levy a windfall tax on oil and gas firms.

"We will review everything," he told the BBC, adding: "We've got £22bn in the next 12 months of help to those people who need it the most."

However, Mr Lewis said around one in eight of its customers were already struggling to pay their bills, even before the weather turns colder and the new energy price cap comes into force in October, which is expected to rise significantly.

"We do need more intervention in October and it has to be very substantial," he told the BBC's Sunday Programme.

A household is considered to be in fuel poverty if it has to spend 10% or more of its disposable income on energy. 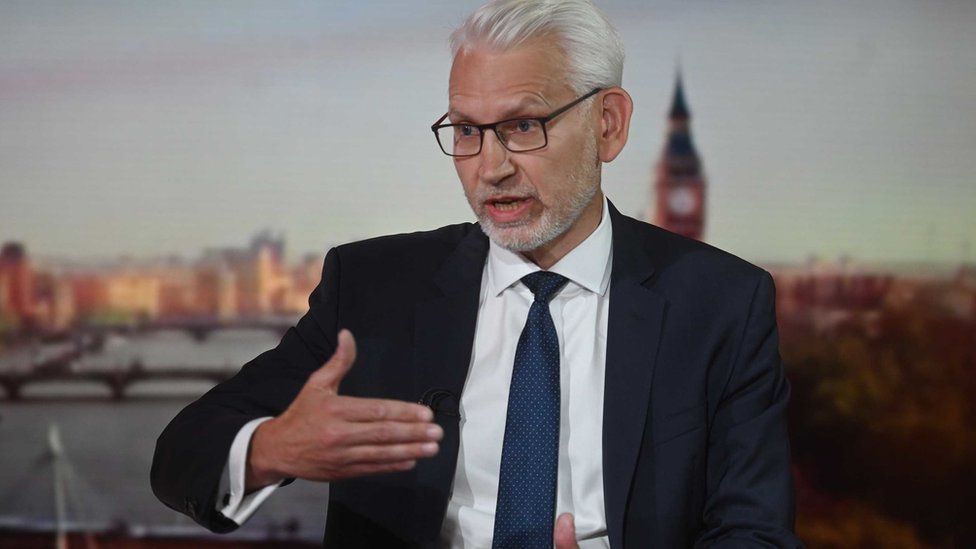 Mr Lewis said around a fifth of its customers were already in fuel poverty but that is expected to rise significantly later this year.

Energy regulator Ofgem lifted the price cap on gas and electricity bills in April, adding around £700 to the average household energy bill to take it to £1,971.

For the 4.5 million people on pre-payment meters - which are typically used by people on lower incomes - the price of energy has now risen further, by an average £708, to £2,017 a year.

Due to the rising cost of wholesale gas, however, the price cap is expected to increase and take the typical energy bill to as much as £2,800, if not higher.

"In my 30 years in the energy industry I've never ever seen prices increasing at this rate," said Mr Lewis.

Following the rise of gas and electricity prices in April, the UK's inflation rate reached a 40-year high of 9%.

He declined to comment on whether the government should impose a windfall tax on companies benefitting from the sharp rise in crude oil and wholesale gas prices which has been exacerbated by Russia's invasion of Ukraine.

But Mr Lewis said it is important the government taxes "those with the broadest shoulders".

Recently, Shell reported a record £7bn profit in the first three months of this year while BP made £5bn, the highest for 10 years.

The word could be heard clearly four times during Mr Lewis' interview this morning.

He used it repeatedly, not holding back on his request that the government must now step in and help energy customers facing huge bills.

The chief executive of a huge energy firm admitting that the "scale is too big for us to manage at the moment" was a direct signal to Downing Street for help.

Mr Lewis made suggestions on what policy tools he believed were at the disposal of government to help his customers, 20% of whom he said are now in fuel poverty, a figure that's expected to double.

The pressure continues to build on the Treasury for solutions to the cost of living crisis, to help people who are really struggling. This candour from the top of business will only add to that.

A windfall tax has been backed by Labour, the SNP and Liberal Democrats.

Prime Minister Boris Johnson is reluctant to introduce a tax over concerns it could hit energy firms' investments in the UK. But the Sunday Times reported that the chancellor is considering implementing the levy.

Mr Sunak recently told the BBC that he is "not naturally attracted by the idea of" a windfall tax.

"But what I do know is these companies are making a significant amount of profit at the moment because of these very elevated prices."

Mr Sunak said that he wants to see "significant investment back into the UK economy to support jobs, to support energy security".

"And if that doesn't happen, then no options are off the table," he said.

Mr Lewis suggested that the government could substantially increase the size and scope of the Warm Homes Discount scheme.

It offers those in receipt of certain benefits the option to seek a one-off £140 payment.

Mr Lewis said the scheme "works well" but told the BBC "the scale of this is simply too big for us to manage at the moment".

"If we were to expand the scope from three million to six million customers and increase the payment from £140 up to £600 that would make a very, very big difference to those customers on lower incomes."

A Treasury spokesperson said "while we can't shield everyone from the global challenges we face, we're supporting British families to navigate the months ahead with a £22 billion package of support.

"The chancellor has been clear that as the situation evolves, our response will evolve - and we stand ready to do more."

Mr Lewis claimed energy providers were limited in the help they can give customers because gas and electricity prices are set by energy regulator Ofgem.