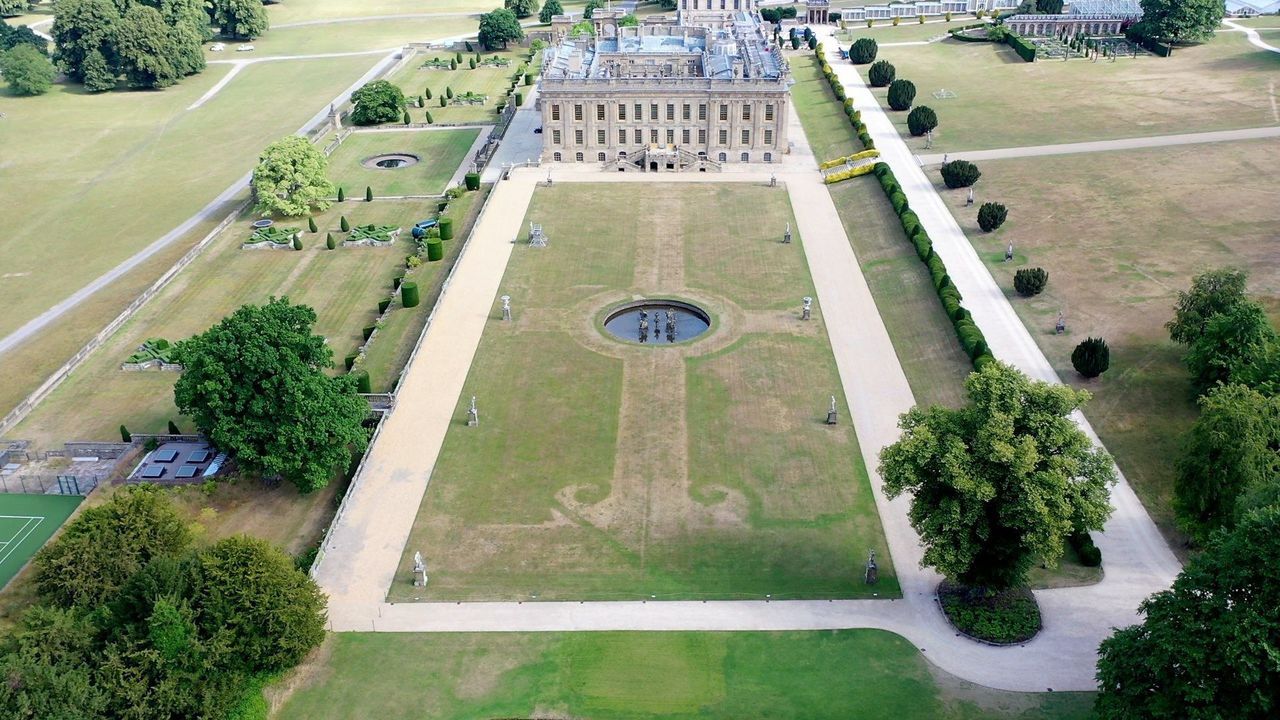 The recent heatwave has parched grass lying over a formal garden, which dates back to 1699.

A hidden 17th Century garden that emerged during a heatwave has been shown in new drone footage.

The European-style formal garden at the Chatsworth Estate in Derbyshire was designed in 1699 for the 1st Duke of Devonshire.

It was grassed over 30 years later but substantial remains lie buried under just a thin layer of soil and grass, which has since been parched by the recent dry weather.

While the historic design will not be fully restored any time soon, Steve Porter - head of gardens and landscape at Chatsworth - said he hoped the old garden, known as the Great Parterre, could be recreated with gravel once the grass had recovered.

"Every time you look you almost see more of the detail, more of the scrolls of the beds and more of the paths and it sort of brings it all back to life and you realise just how intricate and just how amazing it would have been," he added.