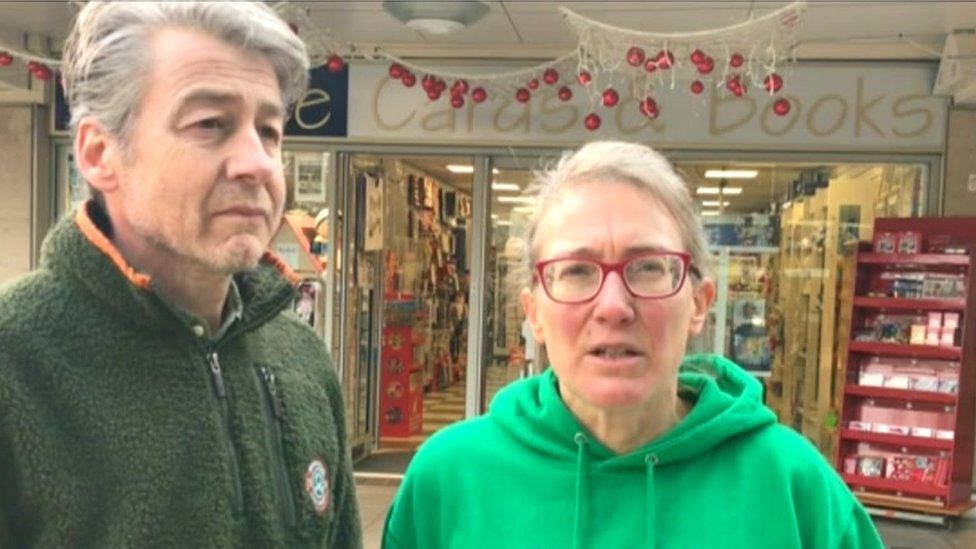 The owners of a card and gift shop who repeatedly refused to close during coronavirus lockdowns have won an appeal against a £35,000 fine.

Alasdair and Lydia Walker-Cox, of Grace Cards and Books in Droitwich, were told to pay the sum last year.

They argued it qualified for exemption because it sold icing, sweets and publications. But in August, a judge called this reasoning a "fig leaf".

However, the couple won an appeal at Worcester Crown Court on Friday.

Mrs Walker-Cox said they felt "totally relieved" at the result.

"We just stuck to the facts that we are a food retailer and we sell newspapers as well - and common sense prevailed and the judge said there was insufficient evidence for the conviction to be upheld," she said.

She added, although they had only started selling daily newspapers and chocolate bars in 2021, they had sold Christian newspapers for 30 years, and also supplied cake-makers with sugar-craft products.

The couple kept their shop open in November 2020 when rules required non-essential businesses to close to help stop the spread of coronavirus. Financial compensation schemes were also extended.

Footage of police officers warning the couple at the premises in St Andrews Square were circulated widely on social media.

Wychavon District Council had said its food offering was "not substantial enough" to detract from the business's core activity as a card and gift shop.

The couple were initially handed a £1,000 fixed penalty notice and received four other fines when they continued to remain open.

At Kidderminster Magistrates' Court last August, they denied they had breached lockdown rules between November and December 2020 and February and March 2021.

After the appeal, Mrs Walker-Cox said it had been a"hard journey" and said her father, who was a carer for her mother, was among many people who found lockdowns difficult.

"We feel immensely relieved obviously, but I don't feel euphoric, because I think a lot of people have been harmed by lockdowns so it's a difficult one," she said.