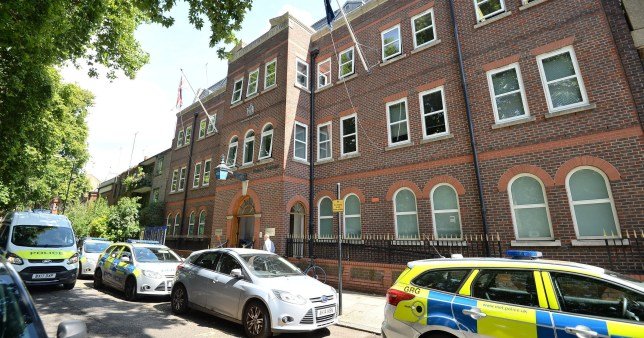 They each face a £200 fixed penalty notice after breaking coronavirus rules in London.

It comes after the Met says it heard allegations that a number of officers had their hair cut by a professional barber at Bethnal Green police station on January 17.

A local investigation was launched and the Met announced this afternoon it would issue the fines.

Two officers, who were involved in organising the cuts, are also under investigation for misconduct.

Local policing commander, detective chief superintendent Marcus Barnett, said: ‘It is deeply disappointing and frustrating that my officers have fallen short of the expectation to uphold Covid-19 regulations.

‘Although officers donated money to charity as part of the haircut, this does not excuse them from what was a very poor decision. I expect a lot more of them.

‘It is right therefore, officers should each face a £200 fine, as well as misconduct action for those two who organised this event. 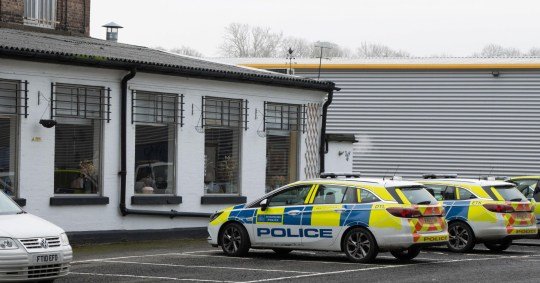 ‘Quite rightly, the public expect police to be role models in following the regulations which are designed to prevent the spread of this deadly virus.

‘I hope this action proves that police are not immune to enforcement of the rules, and we are prepared as an organisation to take action if we see officers have behaved irresponsibly.’

England is currently in a third national lockdown which does not allow any mixing of households indoors and all non-essential shops, including hairdressers and barbers, are closed.

It comes after it was revealed last week that nine more Met Police officers were fined after being pictured dining in a local café.

The photos, taken at The Chef House Kitchen Café in Greenwich on January 9, showed police cars outside and people sat indoors wearing uniform.

‘There’s a large police depot on the Thames riverside near me,’ said IT manager Brian Jennings, 44, who took the pictures.

‘We noticed in the first lockdown and then we noticed it again today that, regularly, first thing in the morning there will be half a dozen squad cars outside and every table full of police officers having breakfast in there.

‘It’s not a one off it’s been going on for a few months. You read about people getting fined in the papers and it seems hypocritical as there’s no attempt at social distancing in the café.’

After an investigation, it was decided the officers involved should be issued with fixed penalty notices to the value of £200 each.