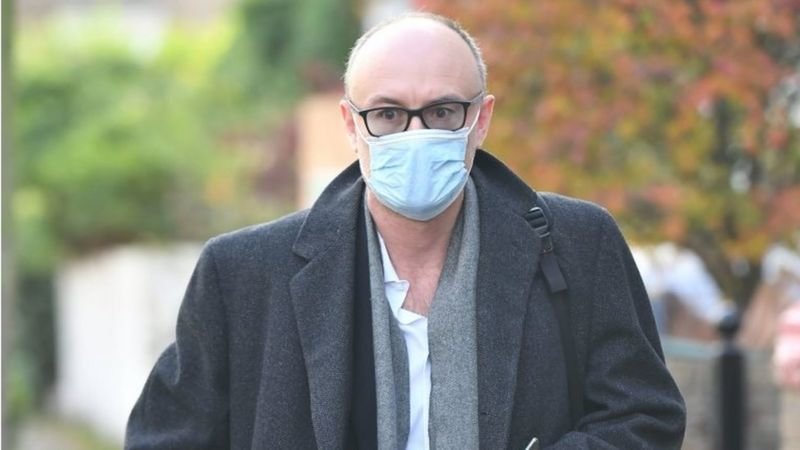 Boris Johnson's senior adviser Dominic Cummings is expected to leave his position by the end of the year.

Mr Cummings told the BBC "rumours of me threatening to resign are invented", after speculation this week.

But he added that his "position hasn't changed since my January blog" when he said that he wanted to make himself "largely redundant" by the end of 2020.

And a senior Downing Street source said that Mr Cummings would be "out of government" by Christmas.

BBC political editor Laura Kuenssberg said there was no question the announcement of his departure was "accelerated by turmoil in No 10 in recent days".

It comes after Lee Cain - the director of communications and an ally of Mr Cummings - stood down amid reports of internal tensions at Downing Street.

The pair are long-time colleagues, having worked together on the Leave campaign during the EU referendum - and Mr Cain's departure prompted rumours that his ally would also step down.

Speaking to the BBC's political editor, Mr Cummings denied that he had threatened to resign after Mr Cain's departure - and instead pointed out that he had indicated his own plans nearly a year ago.

A No 10 insider told me Mr Cummings "jumped because otherwise he would be pushed soon", suggesting that, in the last few days, the prime minister saw that the former Vote Leave team was just "in it for themselves".

Indeed for many Conservatives, Mr Cummings' departure, alongside Lee Cain the former director of communications, brings a chance for a reset.

One member of the Cabinet even told me Mr Cummings' exit was a "blessing".

And yet, Dominic Cummings was valued hugely by Boris Johnson - one of the relentless architects of the prime minister's path to a hefty majority.

One adviser told me it was a "huge error to let him go".

After Boris Johnson became prime minister in July 2019, he hired Mr Cummings to be his senior adviser, and six months later the pair's strategy of stressing "Get Brexit Done" as the main campaign message helped the party win a large majority in the general election.

Mr Cummings has become more of a public figure in the past year and was forced into holding his own news conference at Downing Street in the summer, following controversy over him making a trip to the north of England when non-essential travel was banned at the height of the coronavirus lockdown.

Who is Dominic Cummings?

*  Dominic Cummings, 48, ran the pro-Brexit Vote Leave campaign in the EU referendum and was behind the group's "take back control" slogan

*  Born in Durham, Cummings went to a state primary school before being privately educated at Durham School. He graduated from Oxford University with a first-class degree in modern history

*  A longstanding Eurosceptic, he cut his campaigning teeth as a director of the anti-euro Business for Sterling group and once ran a successful campaign to oppose a regionally elected assembly in north-east England

*  He was portrayed by actor Benedict Cumberbatch in the Channel 4 drama Brexit: The Uncivil War

Writing in his blog in January 2020 to encourage "weirdos" to work in No 10, Mr Cummings said he wanted to "improve performance" in government in order to "make me less important - and within a year largely redundant".

Since taking his job at Number 10, he has not been a popular figure with everyone within the governing party, and was known for making disparaging comments about some of Mr Johnson's own MPs, including labelling Brexiteer MPs "useful idiots". 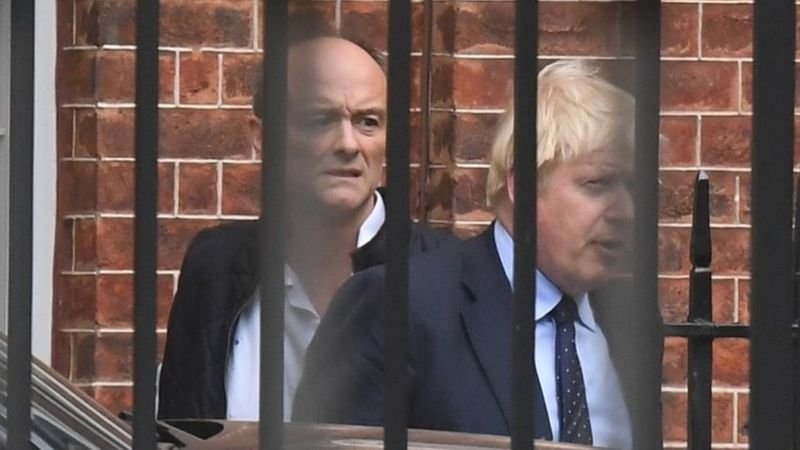 Mr Cummings with Boris Johnson outside Downing Street in September 2019

It was widely suggested that former Conservative leader Sir John Major was talking about Mr Cummings when he warned Mr Johnson in a speech in September 2019 not to rely on "overmighty advisers".

Sir John, who led the country from 1990 to 1997, added: "I offer the prime minister some friendly advice: get rid of these advisers before they poison the political atmosphere beyond repair. And do it quickly."