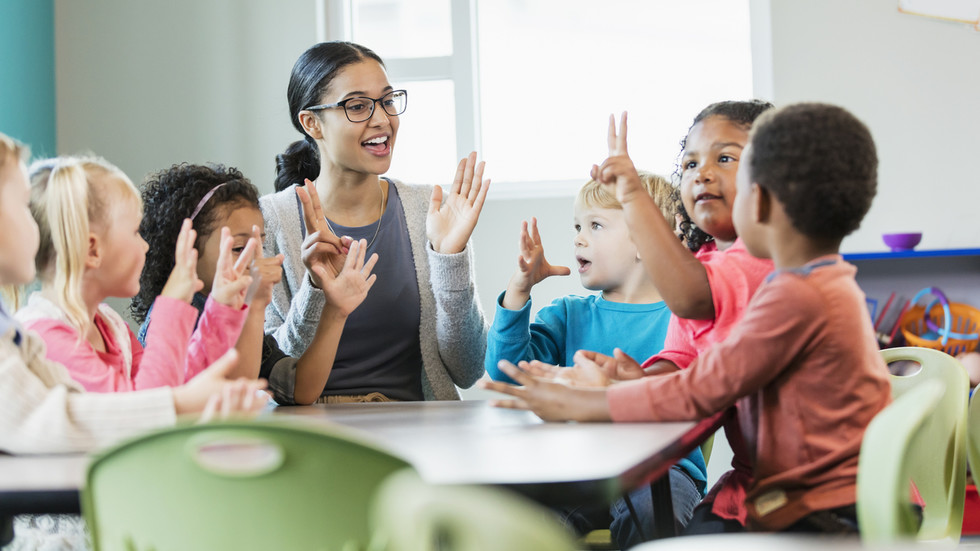 Critical Race Theory being taught in American schools has angered many parents. But for one mother, it has led to her becoming a central figure in a nationwide battle that could permanently alter the structure of US education.

Stay-at-home Rhode Island mum Nicole Solas, 38, has become the face of a rebellion against America’s influential National School Boards Association (NSBA), which plays a key role in serving approximately 51 million American children. Solas had never heard of the group until five months ago, when she asked if her daughter’s state kindergarten taught Critical Race Theory.

Unable to get a straight answer, she began an investigation and opened a hornet’s nest, as she explained to RT in early October. Now, she is being sued by America’s largest teachers’ union and was a key factor in the NSBA issuing a public letter to Joe Biden claiming that parents like her campaigning against CRT “could be the equivalent to a form of domestic terrorism,” and also asking for assistance from the “U.S. Department of Justice, Federal Bureau of Investigation (FBI), U.S. Department of Homeland Security, U.S. Secret Service” to reduce the risk of violence.

Solas vented her fury to media organisations about the shame of being portrayed as a domestic terrorist – but although the NSBA issued an apology, it was not to Solas and fellow parents. She explained, “The NSBA apologised to its board members for not getting their vote to send out this letter that branded parents domestic terrorists.”

Adding more fuel to the fire, it transpired there was contact between the Biden administration and the NSBA before the latter’s initial letter was published. Explained Solas: “There were emails that were uncovered showing NSBA and the White House were talking about sending this letter, so it was not an earnest letter. The NSBA is not trustworthy, pretending they didn’t speak to the Biden administration before. How can we trust an apology from someone who was dishonest from the beginning?”

The chain of events which started the latest chapter in the controversial story saw Solas speak at a televised Moms For America rally last week, during which she publicised her campaign to dissolve the NSBA. Solas wants school boards to remove themselves from the organisation, leaving an empty shell.

She said, “Everyday people like myself are calling for school boards to pull out their membership from the NSBA because the NSBA has no power if they don’t have memberships. And those memberships are funded by local school boards elected by moms like me.

“I want people to know that you don’t have to have any special expertise, you don’t even have to have a job... you can make your voice heard and be powerful against these powerful players whose interests are not your children’s. It’s their political agenda that is their true interest.”

Solas continued, “That’s a lot of money in public education that could go to kids. My own school district can’t afford paper right now, but we’re spending $30,000 every five years for membership [of an organization] that targets parents like me who just ask questions about education.

“We really need to start examining these bureaucratic layers in our public education system. We need to get rid of the rot in public education, usurping funds supposed to be there for students. Once we can start cleaning house, we can shine a light on what our real problems are in education, which are low literacy and math scores.”

What rankles with Solas – whose five-year-old daughter now attends a private school – is that American parents elect local school board representatives, who can then decide to join the NSBA. Ultimately, parents have no control over that decision, and because membership is so large, the NSBA has a significant influence over what happens in US classrooms. To Solas, the NSBA is a key driving force behind CRT and gender theory being taught.

“So it’s an elaborate scheme that pays a lot of people to impose their values onto innocent children, and those values are anti-American and racially divisive. I believe American education needs to get back to academics, and we need to rid our schools of any political indoctrination.

“I have my own political opinion, but I don’t even want my particular party’s opinion to be imposed on schools – I want it to be a neutral landscape where children can learn how to think, and not what to think.”

Since Solas’ speech and the resulting publicity around the NSBA’s apology, members are leaving. The New Hampshire School Boards Association has quit, as have school boards in Missouri, Ohio, and Pennsylvania. More are expected to follow, bringing into question the role of an organisation that was formed in 1940.

Solas said, “We can go to school board meetings and we can express our disapproval and disassociation, but look how far that got us – because we’re labelled ‘domestic terrorists’ if we do it in a way they don’t like. We don’t really have a lot of power over our elected representatives if they are betraying the values of their constituents.”

And if the NSBA was to eventually be dissolved? “I don’t think it’s going to change American education so drastically so as to destabilise it,” she said. “Actually, I think it will have a stabilising effect, because there are so many moving parts in the American education system that removing one is not going to cause anything to topple.

“If anything, it’s going to clear the air. We can’t even focus on educating kids on how to read because we’re so concerned with these political ideas of racism and gender theory, and the idea of a ‘gender unicorn’.”

The unicorn is an example of what Solas feels is a political agenda to alter the values taught to American youngsters. “The idea is to tell kids that their gender or sex is kind of separate from mind and body,” she said. “It’s this mind/ body duality where you can completely extricate your biological sex from your gender.

“It’s also a little concerning, as this gender unicorn has a piece of candy between its legs. I certainly don’t want my child thinking that’s OK in any regard. It’s very confusing and as it’s a cartoon, it’s targeted at little kids to make them believe that a boy can be a girl, and a girl can be a boy – and then it doesn't even quite explain how that can happen. It leaves parents to try to explain what the heck a unicorn has to do with your sex.”

Intriguingly, the NSBA president when the infamous ‘domestic terrorist’ letter was issued, Viola Garcia, has left after being offered a position sitting on the National Assessment Governing Board by US Education Secretary Miguel Cardona.

This development only heightens the suspicions of Solas and her fellow parents that the NSBA and government are working hand in hand to push agendas into schools.

Solas wants to see more moms and dads join her to end the NSBA and remove the bureaucracy, which she feels is damaging the academic abilities of a generation.

She concluded, “I had no idea there were all these layers – that there was a school committee in Rhode Island that then pays money to the NSBA. And I didn’t know how much money was just handed out to people in this elaborate scheme of public education that I don’t think really needs to exist just to teach kids how to learn to read and write, do math, and have a wonderful school experience.

“I don’t think the average person knows much money is truly wasted in public education.”