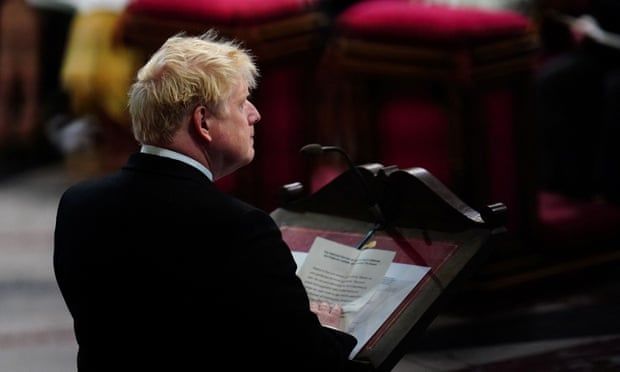 Does Boris Johnson have a ‘woman problem’?

After PM’s grilling on Mumsnet, could his waning support among female voters be his undoing?

Why should we believe anything you say when it’s been proved you’re a habitual liar?” That was the first question for Boris Johnson in a grilling from Mumsnet users this week. The forum’s founder, Justine Roberts, who had the job of posing users’ questions to the prime minister, mused afterwards that he might have a “woman problem”.

Opposition campaigners say this gender gap is reflected in other research, and in encounters with female voters on the doorstep. At recent focus groups conducted by Labour, party insiders say women – including many who previously voted Conservative – have repeatedly emerged as the most infuriated by Johnson’s conduct.

One former Conservative voter in Ashfield complained that “he’s the laughing stock of the world”, while another said: “It’s his track record – it’s repetitive, it’s just how he behaves.” A former Tory voter in Stevenage lamented: “I’ve got to say, I did like him when he came in – but he disrespected us, and treated us like fools.”

Their exasperation was reminiscent of Amber Rudd’s description of Johnson in 2016, during the Brexit debate, as “the life and soul of the party” but “not the man you want driving you home at the end of the evening”.

The Labour MP Jess Phillips is not surprised that a growing number of female voters appear to be coming around to a similar view. She says the contrast between the party culture in Downing Street and ordinary voters’ real lives may have hit home particularly hard for women.

“Women are deeply affected by the pandemic: they were more likely to be doing their job while raising their children at home; the vast majority of key workers are women. In care and the NHS and supermarkets and things, it was a women’s labour force,” she said. “Also, women are much more likely to be doing the hands-on care of their elderly relatives, so the pull of not being able to go and see their elderly mums and dads, aunts and uncles would have been much more prevalent in women. They felt the burden of the lockdown in a bigger way in lots of cases.”

That may have made some of the defences Johnson and his allies have given for the behaviour that took place – that he and his team were working very hard, or, worse still, that nurses and teachers may also have shared a few drinks during lockdown – not just inadequate but downright offensive.

Phillips adds that women have also in many cases found themselves at the sharp end of the cost of living crisis, struggling on low incomes and managing the family budget. Certainly, she is sceptical about Johnson’s hopes, reported this week, of winning back a segment of female voters characterised by the term “Waitrose woman”.

“As a woman who shops at Waitrose, I’d like to see him try,” she said. “In my local Waitrose they’re literally laughing at him as I walk round, so I shall look forward to that.”

Lib Dem strategists also say they have detected “significant anger among women in the blue wall seats” – the Conservative-held areas across the south and west that are top of their target list.

No 10 is planning to press home the importance of Rishi Sunak’s £15bn cost of living package in the coming weeks, in the hope of showing that the government is doing what it can to help – with one plan under consideration being regular coronavirus-style press conferences.

There are more announcements to come, too, on what Downing Street hopes may be family-friendly policies that could please the Mumsnet crowd, such as reforms aimed at cutting the cost of childcare.

But if Johnson’s “woman problem” is that women across the UK have come round to the view he is a “habitual liar”, any number of lavish promises is unlikely to change that. And once such a narrative takes hold – that Johnson cannot be trusted – other facets of his character, including the disregard for rules that may once have seemed endearing, are likely to reinforce it.

The pollster James Johnson, of JL Partners, has said policies with the prime minister’s name attached are becoming increasingly toxic, regardless of whether they might otherwise be popular with the public. And, if Johnson’s grilling on Mumsnet is anything to go by, he has a long bout of detoxification ahead of him.