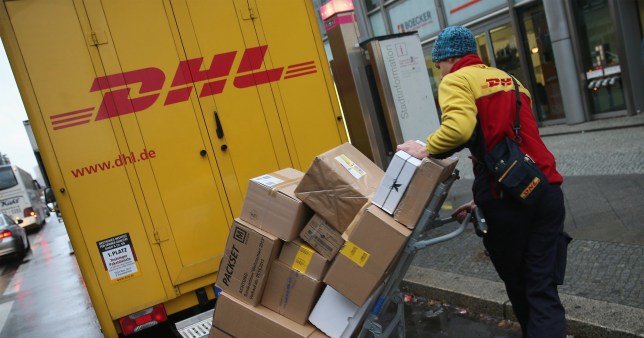 DHL has stopped all packages deliveries to the UK amid travel restrictions due to a new strain of coronavirus.

It comes as people across the UK are waiting for last-minute Christmas presents to arrive in the lead up to the festive period.

Deutsche Post DHL said it was halting the deliveries ‘until further notice’ as transport bans have been placed on Britain.

The company said in a statement: ‘We are unfortunately forced to impose a complete delivery stop for business and private customer parcels as well as goods-bearing letters to Great Britain and Ireland with immediate effect until further notice.

‘Unfortunately, due to a lack of storage capacity, we have to return consignments with goods content and bulky goods to the senders. This may also affect items posted over the weekend.’

It added letters and postcards will still be delivered and parcels sent by its Air Express service will not be affected.

The statement continued: ‘Letters and postcards to the UK and Ireland are not affected by this measure for the time being. The same applies to DHL Express’ Air Express product, Time Definite International, which remains available as currently despite the limitations placed on passenger aircraft, there are no impacts on cargo flights.

‘Only DHL Express’ road express traffic to the UK and vice versa has been temporarily suspended.’ 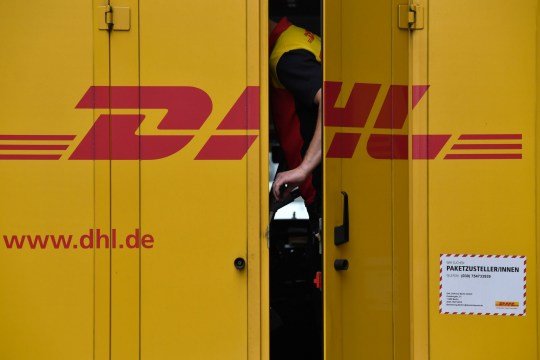 DHL added letters and postcards will still be delivered

DHL noted it is ‘closely monitoring the situation in coordination with the respective authorities’ and said the ‘safety of its employees and customers is paramount’.

It is not yet clear how many parcels have been affected.

More than 30 countries have now restricted travel from the UK following the outbreak of a mutant strain of Covid-19.

The closure of borders has caused a huge backlog of vehicles down motorways in Kent, and Manston Airport is being used as a temporary lorry park in the meantime.

There were also fears of food shortages as France closed its borders to hauliers leaving Britain, but lorries are expected to be allowed back through by this evening.

In Europe, France, Germany, Italy, Poland, Belgium, Austria, Bulgaria, Finland, Switzerland, Ireland, Denmark, Romania, Lithuania, Latvia, Estonia, Slovakia and the Netherlands have all said they will halt flights arriving from the UK, while the Czech Republic has imposed stricter quarantine measures for people arriving from Britain. 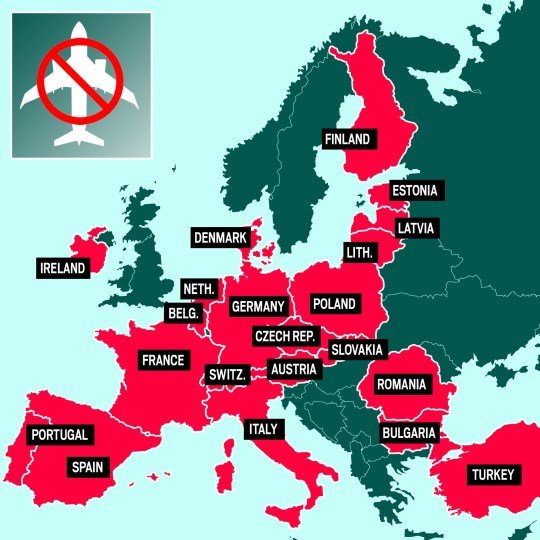 Spain and Portugal announced this afternoon that arrivals from the UK are banned – but Spanish and Portuguese nationals will be allowed to return home.

Turkey and Morocco have stopped air travel from the UK, while there are reports Saudi Arabia is pausing international flights for one week.

El Salvador is barring entry to anyone who has visited the UK in the preceding 30 days, and Hong Kong and India have also suspended flights from Britain.

Canadian prime minister Justin Trudeau announced Canada was putting a 72-hour stop on flights from the UK from midnight on Sunday.

The news comes after large swathes of the East and South East of England, and London, were plunged into stricter lockdown measures at the weekend – called tier four.

Residents have been told to stay at home after the Prime Minister revealed these areas have been hit hard by a mutant strain of Covid-19, which could be up to 70% more contagious.

‘The new variant is out of control and we need to bring it under control,’ health secretary Matt Hancock told BBC1’s The Andrew Marr Show yesterday.

‘We don’t know how long these measures are going to be in place. It may be for some time until we can get the vaccine going.’