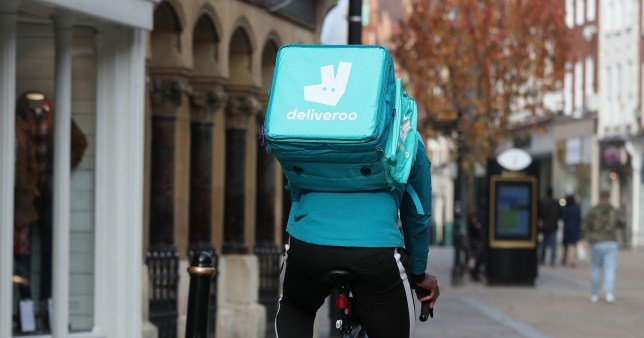 Takeaway app Deliveroo has temporarily gone down across the country, leaving hundreds of users hungrily waiting for their orders.

Many customers who ordered food this evening have found themselves waiting for over an hour without an update, while others reported money being taken from their account without the restaurant being notified of their order.

When they then tried to look at what was happening through the app, they were met with an error message instead.

Sarah Elmes, who ordered two double cheeseburgers from Zephyr Burger in Mutley Plain, Plymouth, said nothing would load for her on the app, so she used the website instead.

The money for the food was taken from her account, but she then received an error message stating that the site could not load the tracking information. She rang the restaurant and they said they had not received her order.

She told Plymouth Live: ‘Zephyr said they’re not receiving any orders through from Deliveroo at the moment, so I ordered over the phone – again – directly with them instead. 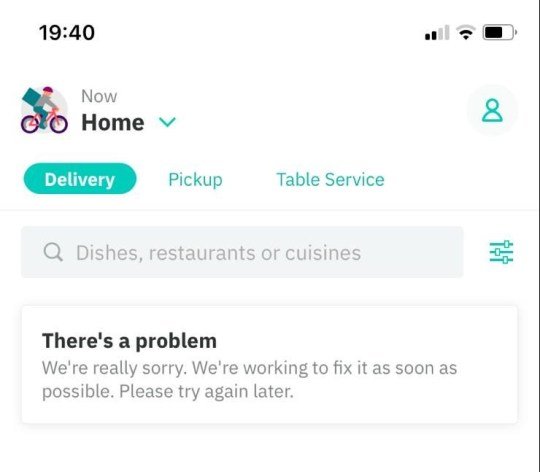 Users have not been able to track their orders

‘The kind lady from Zephyr suggested I contact Deliveroo direct via their live chat, but that is also down.’

Deliveroo is now trending on Twitter, as unhappy customers share their frustration. One person wrote: ‘Ordered and it’s taken money out of my bank but can’t track and find anything about it?’

Another claimed: ‘Deliveroo app crashed again… There riders are completely unaware about the app issue and they are waiting outdoor in freezing temperatures for the orders.’

A third person then shared a screenshot of their conversation with Deliveroo’s customer services, through the app’s live chat. They were told they wouldn’t receive a refund until the site was up and running again, with the representative adding: ‘Please contact us again after 30 minutes to one hour.’

Deliveroo has since tweeted from their own account: ‘We’re currently having some difficulties across the app and website, and we’re working hard to get back up and running ASAP!

‘Thanks for your patience. Feel free to DM us with your account email address for support and we’ll get back to you when we can.’