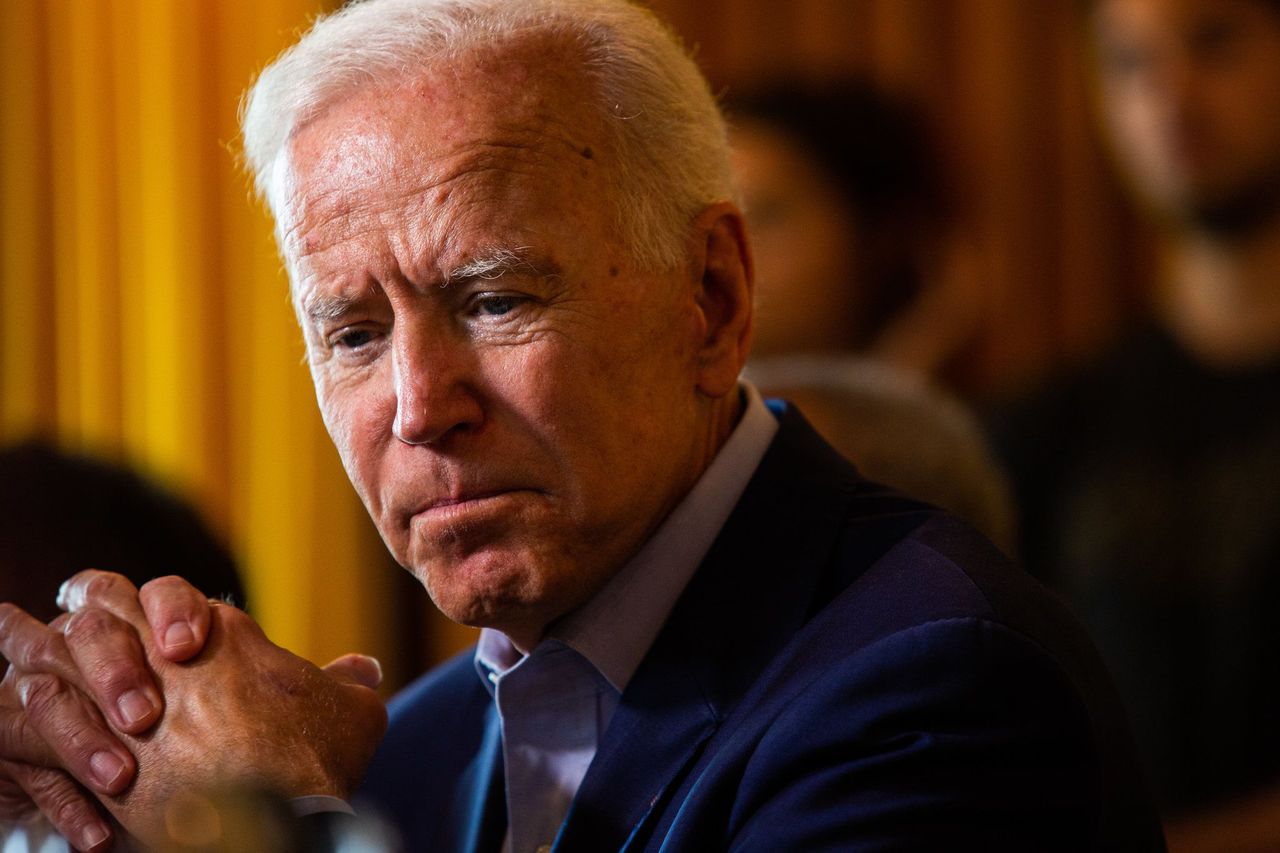 Instead of addressing the most pressing problem of regular Americans, the president and his staff play word games
As anyone with a pulse can attest, times are tough, and every non-millionaire American is struggling with the weight of the economy.

Inflation is now sitting at a 40-year high, and economic conditions are worse than when Jimmy Carter was running the show. And yet, despite all the facts, Joe Biden and his team at the White House insist that everything is fine, like the meme dog in the burning house.

Rather than address all the symptoms of an economy in dire straits, the Biden administration has launched a propaganda campaign intended to convince you that everything is going as planned. Just don’t trust your lying eyes. Or blame Russia by calling it the “Putin Price Hike” – yeah, that works.

It’s no secret that there’s a recession going on, and it really doesn’t matter what you call it. Whether the Biden administration wants to define it as an economic recession or not, what matters is that people are struggling to pay the bills and no serious efforts are being made to address inflation, which is hitting everything from the price of gas to the grocery bill.

Higher gas prices? Don’t sweat it – just buy an electric vehicle, as if you can afford it. That’s what Transportation Secretary Pete Buttigieg suggests, anyway. And to think he’s even more popular among some Democrats than Biden.

Fast food restaurants have begun to practice “shrinkflation” by reducing the amount of food they put on the tray while you continue to pay the same price. On the plus side, this might fix America’s growing obesity problem.

With the latest data out, the US economy now meets the de facto definition of a ‘recession,’ which is two consecutive quarters of negative growth. This is the definition Reuters used to describe Hong Kong’s economy in 2019 and Japan’s in 2020. There was no disputing that their economies, which experienced two successive quarters of decline, underwent a recession.

And yet, due to Biden’s apparent allergy to any news that makes his administration look inept and his unrealistic green transition plan appear half-baked – not to mention the fact that the Democrats are in serious danger of losing control of both the House and Senate in the upcoming 2022 November midterms – his team has opted to clamp its eyes and ears.

Now that the reports are out that the country's GDP shrank by 0.9% in the second quarter of this year, this development could serve as another nail in the Democrats’ proverbial coffin in the upcoming midterms.

Conspiracy theorists might suggest that the economic downturn is, in fact, part of the plan to bankrupt the middle class so that the World Economic Forum’s promise of “you will own nothing, and you’ll be happy” by 2030 comes to pass, but there may be a simpler explanation – Biden and his team just aren’t cut out to manage the economy, and they’re struggling to keep their dream of a zero-carbon society alive while everything else goes to hell in a handbasket.

After all, it’ll be hard to make any of those plans come to fruition if they’re all removed from office by 2024.

Regardless of what’s really happening, average working-class and middle-class Americans aren’t going to care about words on a sheet of paper confirming what they’ve known all along: it’s getting a lot harder to fill the grocery cart. The report only confirms to economists what every American struggling to pay credit card bills has known since Trump left office in 2021.

“While some maintain that two consecutive quarters of falling real GDP constitute a recession, that is neither the official definition nor the way economists evaluate the state of the business cycle,” stated the White House last week. “Instead, both official determinations of recessions and economists’ assessment of economic activity are based on a holistic look at the data — including the labor market, consumer and business spending, industrial production, and incomes.”

Treasury Secretary Janet Yellen echoed the party line by insisting on cable news that the country isn’t in a ‘recession,’ defining this time of hurt as a “period of transition in which growth is slowing.”

“So there is a slowdown and businesses can see that and that’s appropriate, given that people now have jobs and we have a strong labor market,” Yellen insisted.

If the labor market is so strong, it’s only because everyone’s struggling to stave off homelessness. In a more ideal economic environment, any working man or woman would be in the job market to pursue upward mobility and afford nicer things – not moonlighting as Uber drivers just to make ends meet.

Biden and his team took a victory lap after gas prices dipped from their peak of more than $5.00 a gallon to $4.61. It’s worth noting that prices were only around $2.38 at the start of Biden’s presidency. It’s all relative.

Buttigieg even went as far as to suggest that the astronomical price of gas was good for the environment because “the more pain we are all experiencing from the high price of gas, the more benefit there is for those who can access electric vehicles.” I’m sure those struggling to pay their bills will be overjoyed to learn that their financial troubles will be over once they can afford a Tesla.

By trying to make the issue about the definition of a 'recession' Biden is sidestepping his responsibility to the American taxpayer.

Democrats are likely to pay a steep cost at the ballot box in the upcoming midterms. As Biden’s approval ratings on job performance, economic performance, and inflation continue to sink, his cohorts in Congress are going to be the ones to suffer at the polls.

Indeed, around 75% of American voters – an increase from 43% last summer – identify inflation and the cost of living as the most important economic concern for their families. Biden and his team of hack economists can redefine ‘recession’ however they like, but it’s hard to argue against the figures.
#Joe Biden  #Tesla
Add Comment