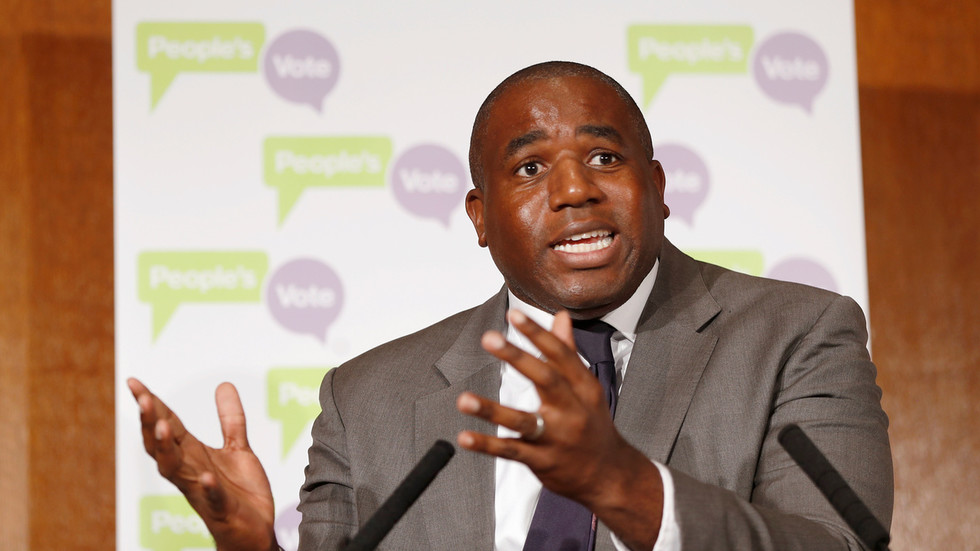 A black Labour MP has reignited debate on race identity in the UK, complaining that the 2021 census did not give him or his family the ability to correctly define their ethnic group, asking why he couldn’t be “black English.”

On Monday, MP David Lammy told Radio Times that he was upset by the absence of certain ethnic sub-categories in the 2021 census that would allow him, his family and other black people the chance to better identify themselves.

Lammy, the MP for Tottenham, London, who is of Afro-Caribbean descent, was critical of the fact that people could list themselves as “White English” but not “Black English.” Instead, the closest alternative he could choose was “Black British.”

He also highlighted that those living in Wales could identify as “Black Welsh” and “Asian Welsh,” claiming that the Office for National Statistics (ONS) were in a “muddle” over ethnicity options.

“Why can’t I describe myself or my children as English on our census form? Black British yes, English no. You can be White English but you can’t be Black English,” the shadow justice secretary told the Radio Times. “This needs to change,” he added in a tweet.

Lammy previously registered his annoyance in March at the time of the census, posting a screenshot of options and asking “Since when do you need to be White to be English?” He questioned why his kids couldn’t be “Black, White and English” at the same time.

The ONS has refuted previous calls for change, including those from Lammy. An ONS spokeswoman told The Independent that while new options were added in Wales, “the evidence did not support a change to include Black English in England.”

The North London MP’s comments have once again sparked discussion on ethnic identity in the UK. Some were critical of Lammy, saying he was “obsessed” with race and asking “why can’t he just be English?”

“Has a single black person ever referred to themselves as “Black English”?” one person chimed in, seemingly ignoring Lammy’s own desire to call himself “Black English.”

Several users offered the idea of scrapping race identification altogether, with one suggesting “that’s how we keep equality.”

On the other side of the debate, however, some said there would be little point in undertaking the survey at all if everyone replied with the same answer – for instance ‘English’ – to each question. “The point of the census is to highlight our differences,” they wrote.

Another said including “Black English” would “be a great step towards equality” and making more groups of people feel included.

In March, Lammy debated the topic with a caller on his LBC radio show who insisted he couldn’t be English. The 49-year-old politician was praised for his patience after a caller, named Jean, told him: “You will never be English, you are African-Caribbean.”

“I’m of African descent, African-Caribbean descent, but I am English,” he replied at the time.