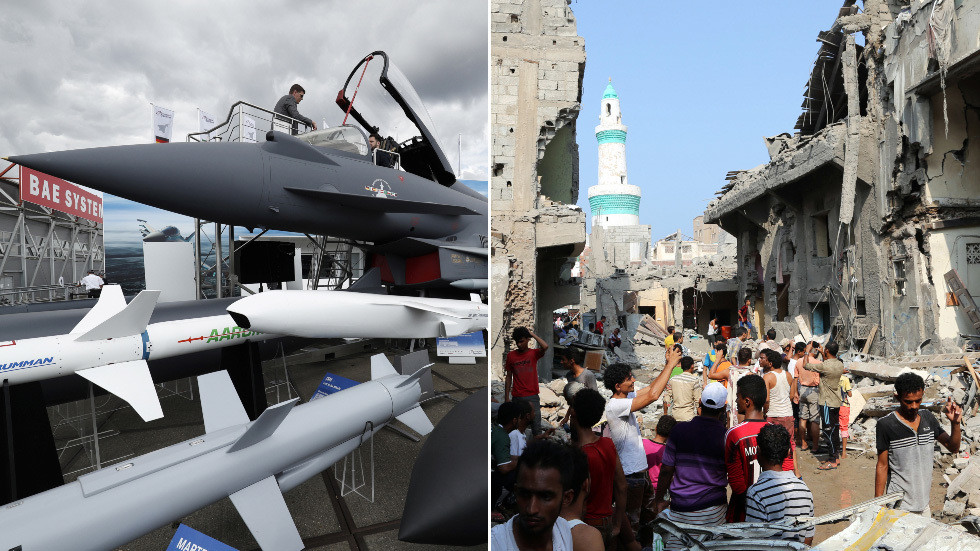 Britain’s biggest arms manufacturer, BAE Systems, has come under a hail of fire on social media after proudly announcing the “greatest increase” in dividend profits in eight years as part of their 2019 financial results.

BAE Systems tweeted a video on Thursday in which their chief executive Charles Woodburn gleefully revealed that 2019 had been a “good year” for the world’s fourth largest defense company.

We’re pleased to announce our 2019 full year results this morning.

The British arms firm, an integral supplier of weapons to countries such as the UK, US and Saudi Arabia, say work on F-35 fighter jets and its Qatar Typhoon contract will help boost sales even further by 2021.

BAE’s announcement triggered an avalanche of criticism on Twitter, with many commenters hammering the company for its boastful theme and questioning whether providing bombs that have led to deaths around the world should be something to be proud about.

One person simply tweeted: "Death dividend," while another sarcastically wrote: "So glad killing people has brought you a nice dividend."

Mark Curtis, a journalist who specializes in UK foreign policy, hit out at what he sees as BAE’s war profiteering, saying that he hoped one day such companies will be consigned to history, but until then “we have to put up with men in suits pretending it's all perfectly acceptable.”

Others tweeted pictures and gifs to express their anger at BAE Systems.

Toys for psychopaths that we keep allowing our governments to pay for. pic.twitter.com/aqVOEWrBn1

BAE Systems has drawn criticism for its involvement in the Saudi-led war with Yemen which has left nearly 18,000 civilian casualties between 2015 and 2019, according to the Yemen Data Project.

The British government has also come in for heavy criticism for providing RAF personnel on secondment to BAE Systems in Saudi Arabia who have given “engineering support” for UK-supplied aircraft operated by the Royal Saudi Air Force (RSAF). It includes aircraft engaged in military operations in Yemen.