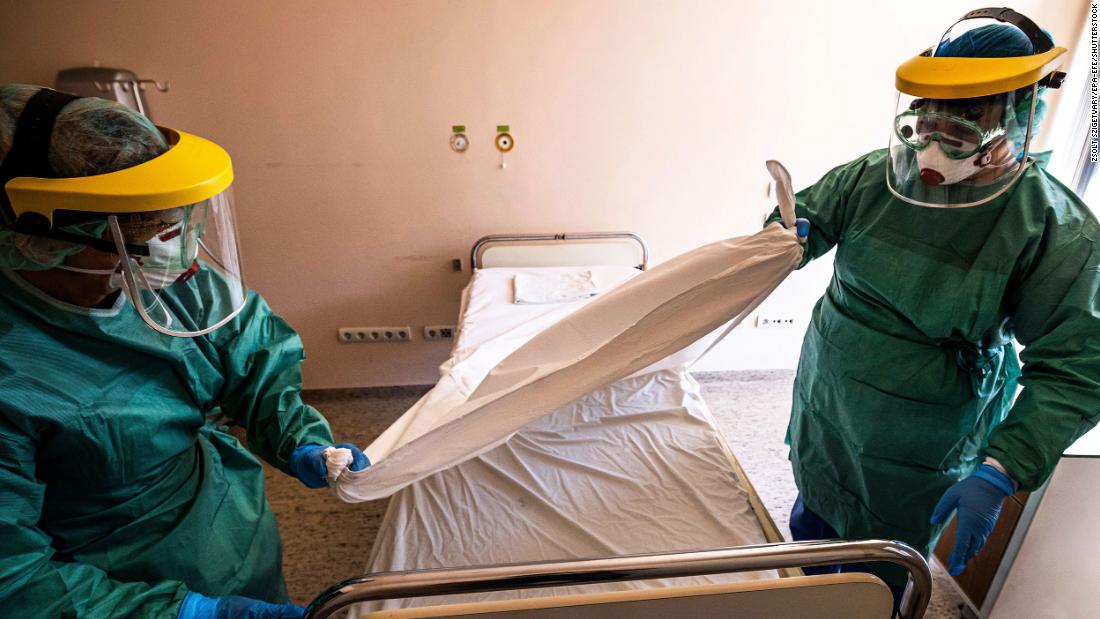 Data from China shows the majority of people with Covid-19 only suffer mild symptoms, then recover

Most people who contract the novel coronavirus experience mild symptoms, according to data from China, where the worst of the epidemic now appears to be over.
Last month, scientists from the Chinese Center for Disease Control and Prevention published a research paper analyzing the data for the first 72,314 people diagnosed with Covid-19.

Epidemiologists say it will take a long time to fully understand the mechanics of the coronavirus outbreak, but the information published by the Chinese scientists may give some insight into those most vulnerable to the virus.

The data shows that men and women have roughly the same chance of contracting the virus. When the scientists looked at 44,672 patients confirmed to have the disease, they found there were 106 diagnosed men per 100 women.

However, the impact on men appears to be worse, at least among those who were part of this initial study. While 2.8% of the men diagnosed with the disease died, only 1.7% of women did.

The researchers also looked at how severe the illness was for those who were diagnosed. The good news: more than 80% experienced only mild symptoms. Almost 14% were classed as severe cases, while the condition of almost 5% was determined to be critical.

But even though a minority of cases are severe and critical, the sheer scale of the pandemic means healthcare systems in many countries are starting to crumble. The northern Italian city of Bergamo has been hit so hard by coronavirus that it is sending patients who need intensive care to other parts of the country.

A study published online in the medical journal Pediatrics on Monday examined 731 confirmed and 1,412 suspected cases of Covid-19 in children.

More than 90% of all pediatric patients were asymptomatic, showing mild or common forms of illness.

About 13% of patients who tested positive for the virus did not show symptoms of illness. Out of the combined 2,143 cases, one child, a 14-year-old boy, died and nearly 6% of cases were severe.

Researchers remain unsure why children with Covid-19 were not as ill as adults.

Epidemiologists say the recovery rates for Covid-19 won't be clear until the outbreak is over and they can look at complete data sets.

However, the figures from China give some indication that most people do recover from the illness.

In a situation report published on Thursday, the Chinese Center for Disease Control and Prevention said that of the 80,928 confirmed cases in mainland China, 70,420 people have been "cured and discharged from hospital," while 3,245 have died. The rest are still ill.

The early Chinese data also appears to show that the older the patient, the more risk they face from the virus.

While most of the recorded cases involved people between the ages of 30 and 69, the fatality rate increased as the patients' ages went up.

According to the paper, among people aged 49 or younger, only about 0.2% of those who contracted the disease died, compared to 14.8% of those who were 80 and older.

Latest data from Italy, the worst-hit country in Europe, shows a similar pattern. According to the Italian National Health Institute, the median average age of those who died after contracting the virus in Italy is 80.5 years old, while the median average for those infected is 63, the report says.

Breaking down the Italian numbers by gender, women only make up 30% of the total dead and their median average age at the time of death is higher than men, at 83.6 years old.

However, health officials in France have found that half of all coronavirus patients currently in intensive care across the country were under the age of 60, sparking what Public Health France has called a "new dynamic" in the Covid-19 outbreak.

"We are in a fairly strong dynamic, which shows that not only is the number of cases increasing but that this infection is leading to serious cases...and to a younger group of people," Geneviève Chêne, General Director of Public Health France, said during a radio interview on Thursday.

Details on those cases - including whether patients had pre-existing conditions - were not immediately available.
Experts have warned that even though younger people may only experience mild symptoms of Covid-19, they still need to take the risk seriously. If infected, they can spread the disease to more vulnerable people even if they themselves don't feel ill.

Underlying health issues were also a major factor, according to the Chinese researchers. People who suffered from chronic diseases before contracting the virus were more likely to die, the data suggests.

The Italian government also found that most people who died of the virus had two or three existing health conditions before being infected with the coronavirus. Among those, high blood pressure was the most common, followed by heart problems and diabetes.
Add Comment