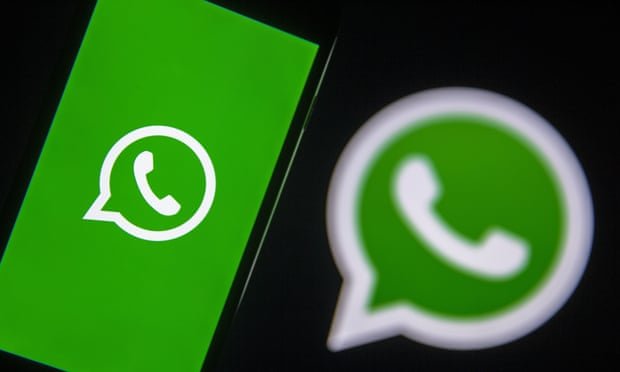 The latest case follows mounting concern over the operations of Israeli spyware and surveillance companies across the globe who have been implicated in a series of high-profile scandals, including targeting Harvey Weinstein’s accusers and selling spyware allegedly used to hack the phones of human rights activists.

The arrests in Cyprus involve a Cypriot-registered company called WiSpear, owned by Tal Dilian, an Israeli described in local media as a former intelligence officer with customers in Africa, the Gulf and far east.

In a bizarre twist, Dilian had been interviewed by Forbes magazine on Cyprus this year boasting of the surveillance capabilities of the vehicle involved, a former GMC ambulance fitted out with about $9m worth of equipment, which he claimed could intercept phones and social messaging apps including WhatsApp from a distance of a kilometre.

A Forbes video, showing the blacked-out van packed with equipment, provoked a media frenzy in Cyprus after it went viral last month provoking calls for an investigation into its activities. The arrests on Thursday follow the seizure of the van last month.

The issue has been pursued by the leader of Cyprus’s main opposition Akel party, Andros Kyprianou, who has suggested that his party has information that the vehicle was actively involved in spying on the island.

“We know a great deal, far more than what we say in public. The information coming to us is extremely alarming, about who is implicated in this process, or what contacts took place during the last years,” he added.

“When a vehicle with equipment worth $9m [£6.9] is out on the streets, and Cyprus being the small place that it is, our suspicions are roused as to what it was doing and how it operated. We expect the government to provide convincing answers.”

In an earlier statement police had said their investigation related to data privacy violations. Claims of any wrongdoing are denied by Dilian and WiSpear who claim the van was on the island for demonstration purposes and that claims made by the company to Forbes had been wilfully misconstrued.

For the Forbes interview, however, Dilian appeared to demonstrate to the journalist involved how his equipment could take control of a colleague’s Huawei phone from a distance of 200 metres and download malware onto the device.

As the reporter watched, messages from the test subject’s WhatsApp account appeared on a monitor in WiSpear’s van.

According to media reports Dilian spent 24 years in the Israel Defense Forces in an elite combat unit and as chief commander in the technological unit of the IDF’s intelligence corps before going into business first with Circles, a smartphone surveillance company which he sold in 2010.

Dilian later founded Intellexa, which claims it can spy on encrypted communications, and WiSpear, whose prospectus offers long-range interception vans.

The company has denied providing services to the Cypriot authorities and says it does not provide intelligence services.

“The sole scope of the company is that of selling products and technology it develops,” said WiSpear in a statement, adding that the van was only in Cyprus field-testing purposes on company-owned devices and with the knowledge of local authorities.
Add Comment